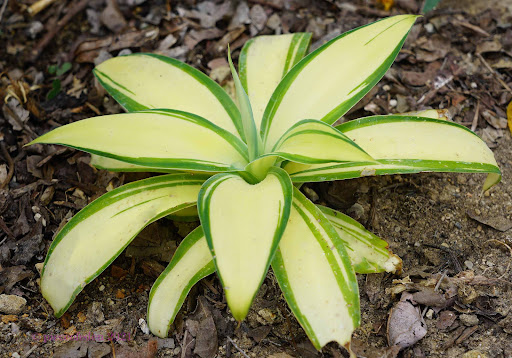 I Cored An Agave And Plants Awaiting Planting 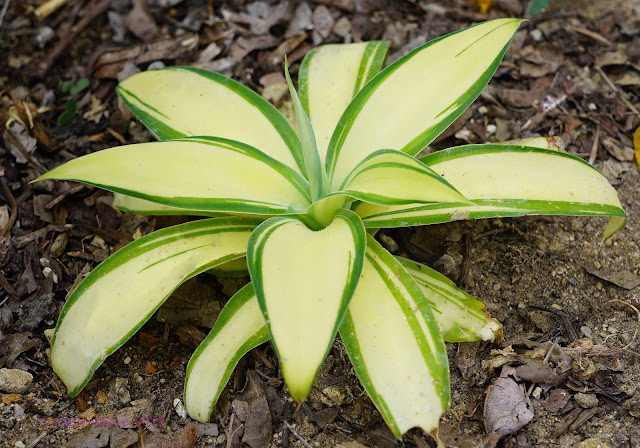 I left the beautiful variegated Agave attenuata in a pot far too long.  Its health and beauty declined precipitously.  Finally planted in the ground next to one of the Italian Cypresses, it improved a bit, until the tree guys came to cut down the Cypresses in February 2020.  While I asked them not to damage the Agave, and they did indeed carefully work around it,  unfortunately branches fell, errant steps were taken, and chain saw oil splattered.  The one small offset did not survive. 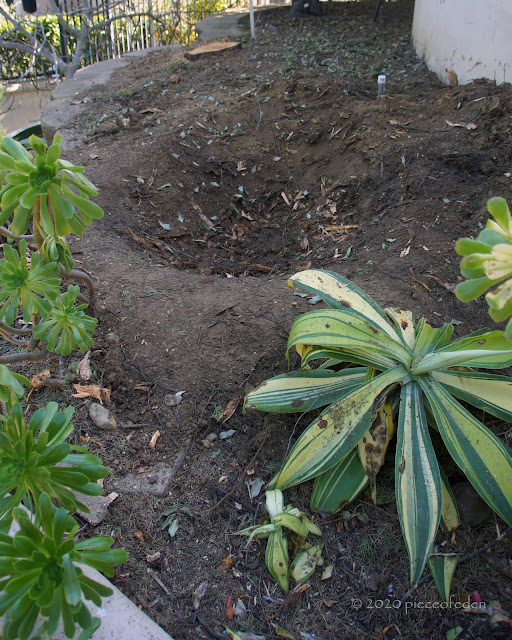 At that point I decided to core the original Agave in hopes of getting more offsets to replace the damaged original.  "Coring" in this instance means destroying the apical growth point of the plant, which consists of cutting or drilling out the center of the rosettte.  This, theoretically, stimulates dormant side buds, stimulating the production of new rosettes on the stem of the plant.

Destruction of the apical growth point was not entirely successful, probably due to over caution.  A new rosette grew back from the center.  However, even  botched coring stimulated production of several new rosettes from lower down the stem.  In short:  success! 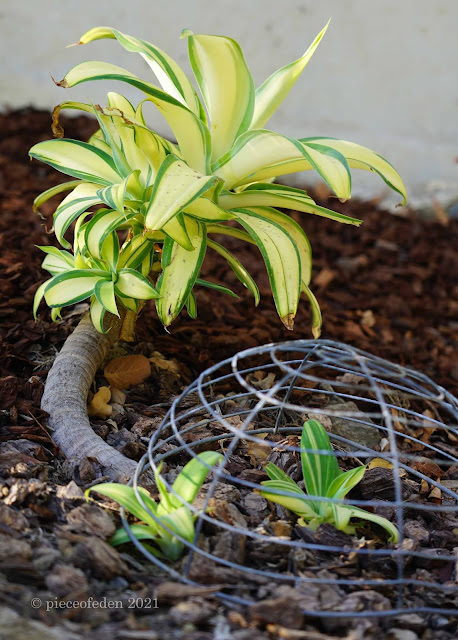 Seems like it should be possible to remove that new central rosette and root it as well. 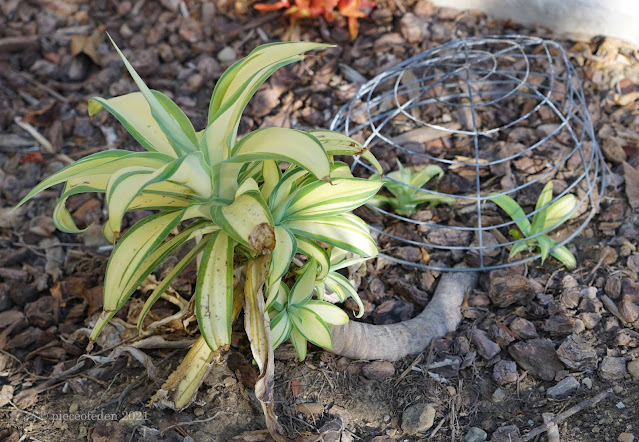 Two offsets rooted, one given away, more yet to root.  This is a somewhat difficult plant to find, being slow growing and not overly generous with offsets. Tissue culture has (apparently) so far been unsuccessful.

We're in the midst of a heat wave, so nothing's getting done outdoors except emergency watering.  I will note that the Cuphea cut back to stubs on August 19th... 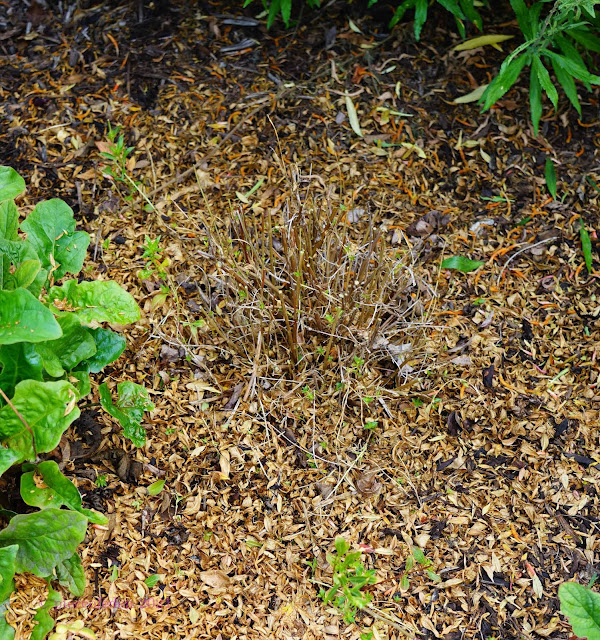 ...is coming back afresh: 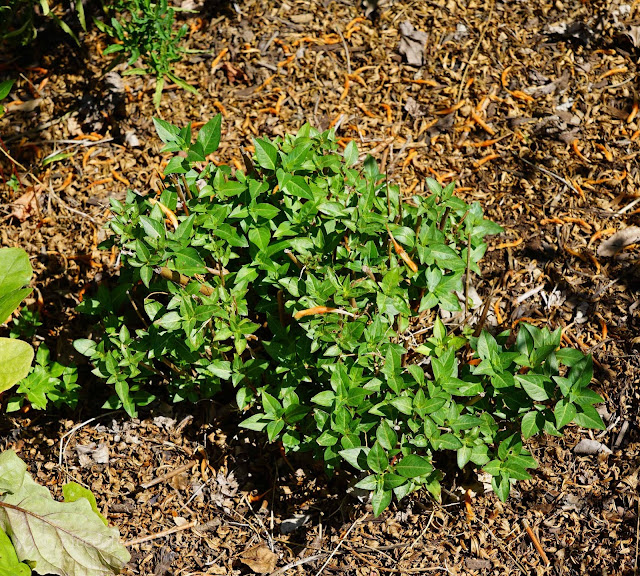 Meanwhile, a survey of all plants purchased lately but not yet planted in the ground, intended to strongly discourage any more plant shopping for a while.  The current reason for inaction is the heat wave, a entirely valid excuse until it cools off. 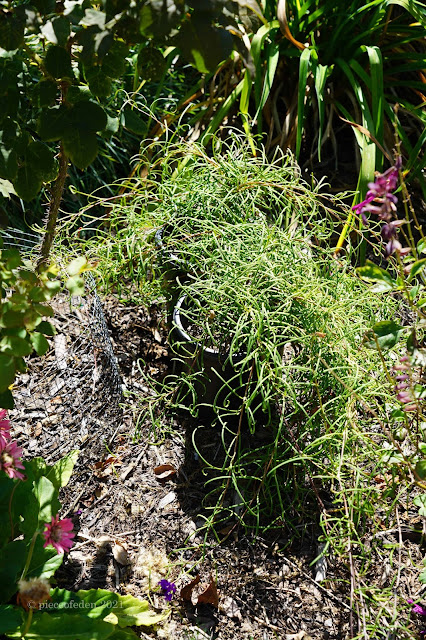 --The last Leucadendron 'More Silver'.  The other two have been in the ground several months. 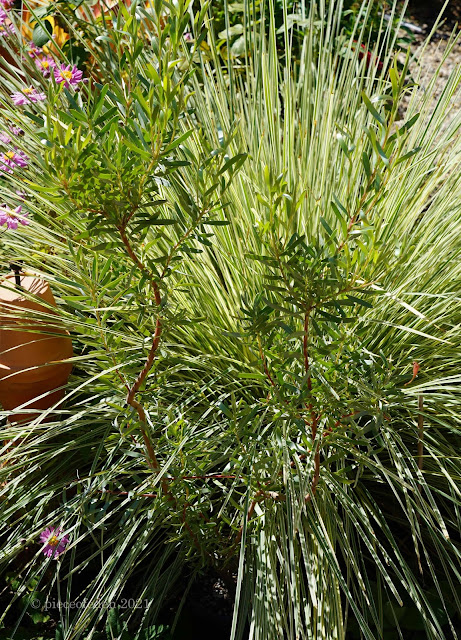 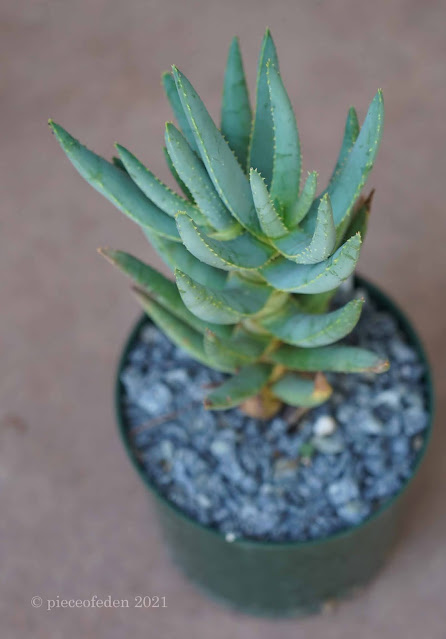 --Eucomis 'Sparking Burgundy'  -- will stay in the pot, but needs an appropriate place snuggled into an irrigated planting bed amidst other plants.  Also in the photos, the tissue-cultured Aloe polyphylla, which I have read, will not spiral if tissue-cultured.  Oh, well. 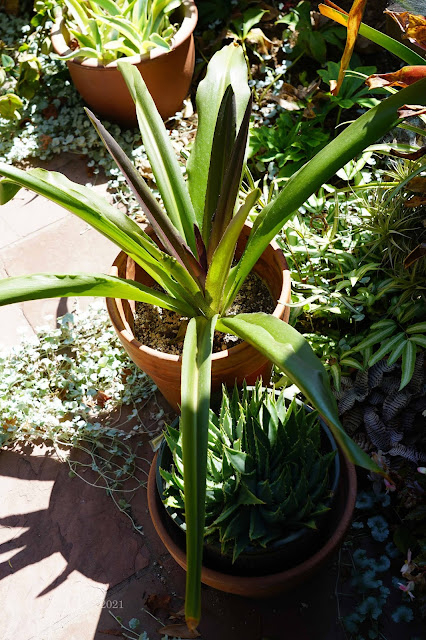 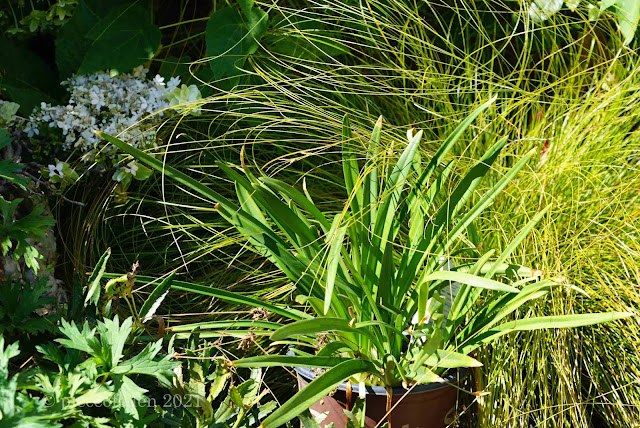 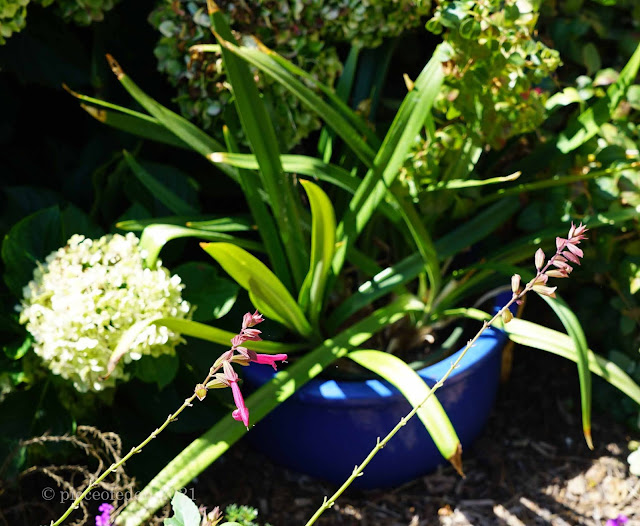 Leucadendron 'Chief', also tucked in where its container is shaded: 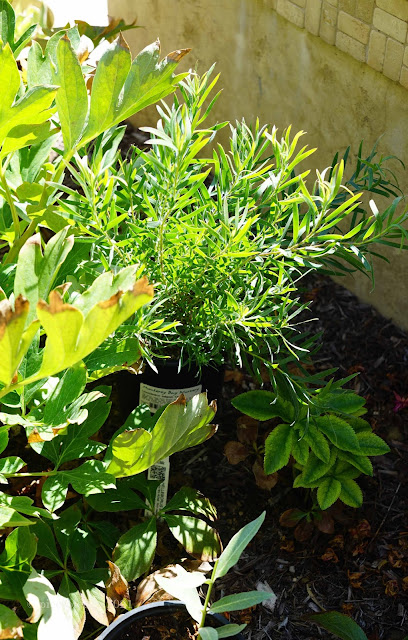 In this group photo...counter clockwise from far left... 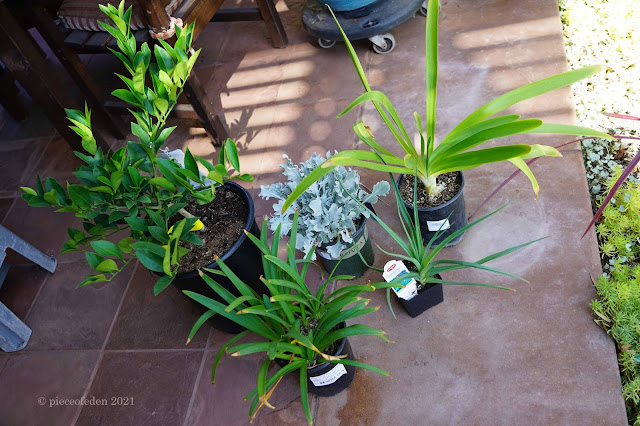 That's fourteen total...yikes.  I have lots of planting to do.  What have you got in pots waiting for a place in the ground?  More than fourteen?

I Cored An Agave And Plants Awaiting Planting