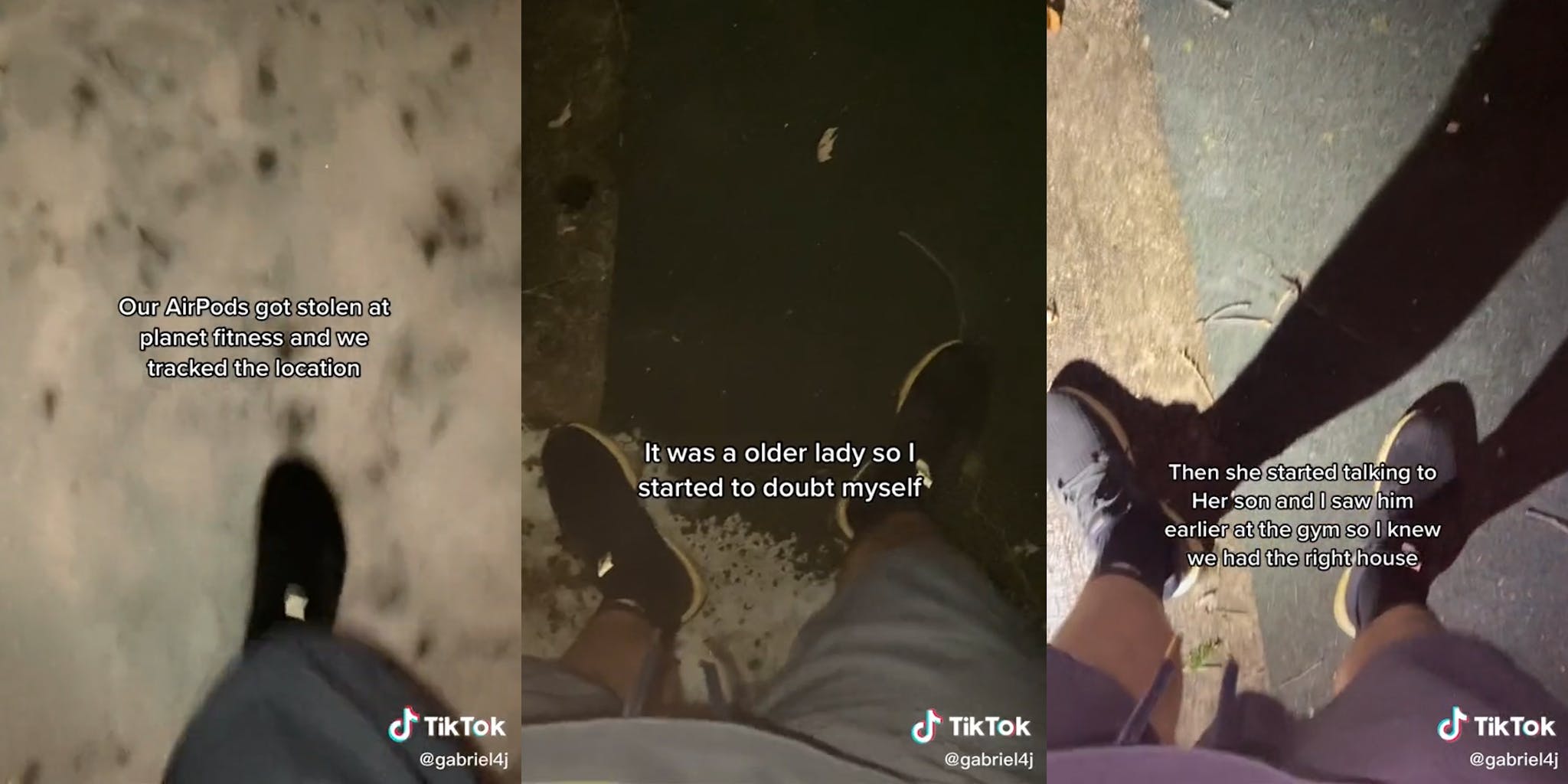 ‘I could imagine how embarrassed the mom was’: TikToker says his AirPods were stolen from Planet Fitness—so he tracks them to house 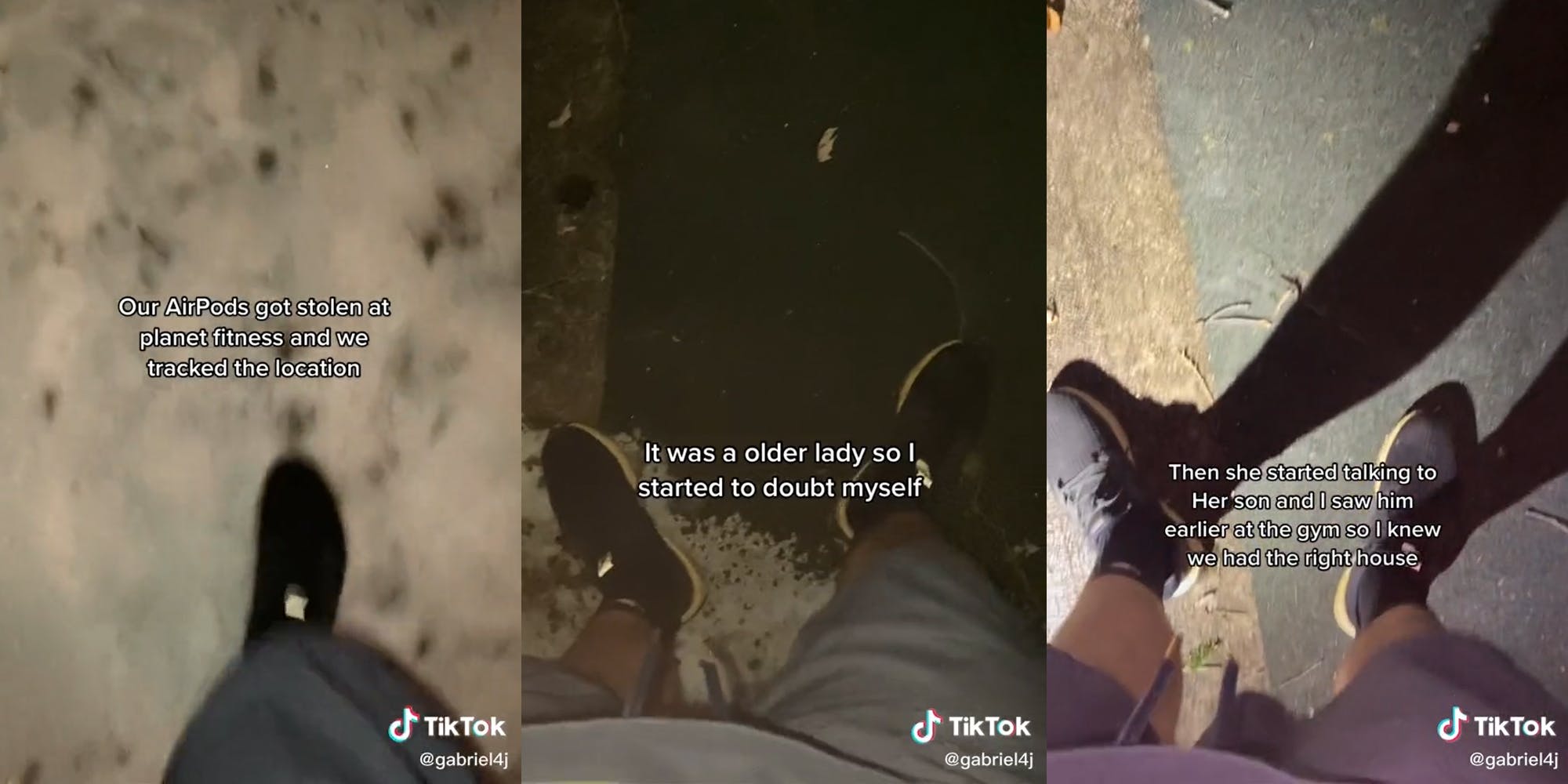 A pair of AirPods are back in the hands of their rightful owner after they went missing at the gym, according to a now-viral TikTok.

TikTok creator Gabriel (@gabriel4j) noticed his AirPods missing, so he tracked them (via an iPhone feature) to a home nearby. "Our AirPods got stolen at Planet Fitness and we tracked the location," he wrote in overlay text on the video.

"It was an older lady who answered the door," the overlay text continues. "So I started to question myself."

In the video, which now has 2.1 million views, he explains the situation to the person who answered the door. The lady gets her son, who happens to be someone Gabriel recognized from the gym that day.

The TikToker says that he doesn't want to press charges, he just wants his AirPods back.

Although the boy denies he took anything, his mom tells Gabriel, "Don't worry he's going to get them for you."

Many viewers lauded the mom's handling of the situation.

"I could imagine how embarrassed the mom was," one commenter wrote on the video.

"good mom …by not letting him get away with it," another added.

"The lady is my hero," a third wrote.

While some in the comments said the TikTok user was "cheap" for driving all the way to another person's house to get his AirPods back, those people were quickly criticized by others.

"How y’all calling him cheap.. but somebody STOLE his stuff? ... How is he the cheap one?" another questioned.

"PSA: just because someone has nice things doesn’t mean they have the money to replace them when STOLEN," another pointed out.

Gabriel uploaded a part two. In the video, the boy walks outside with two pairs of AirPods in his hand. He aims to explain the possible mix-up, telling Gabriel, "See I have the same ones." The boy says he thought he dropped his AirPods.

While Gabriel acts cool in the video, he wrote via text overlay, "Our AirPods were in our locker hidden in the shoes with socks over them."

The Daily Dot reached out to Gabriel via TikTok comment.

The post ‘I could imagine how embarrassed the mom was’: TikToker says his AirPods were stolen from Planet Fitness—so he tracks them to house appeared first on The Daily Dot.

‘I could imagine how embarrassed the mom was’: TikToker says his AirPods were stolen from Planet Fitness—so he tracks them to house