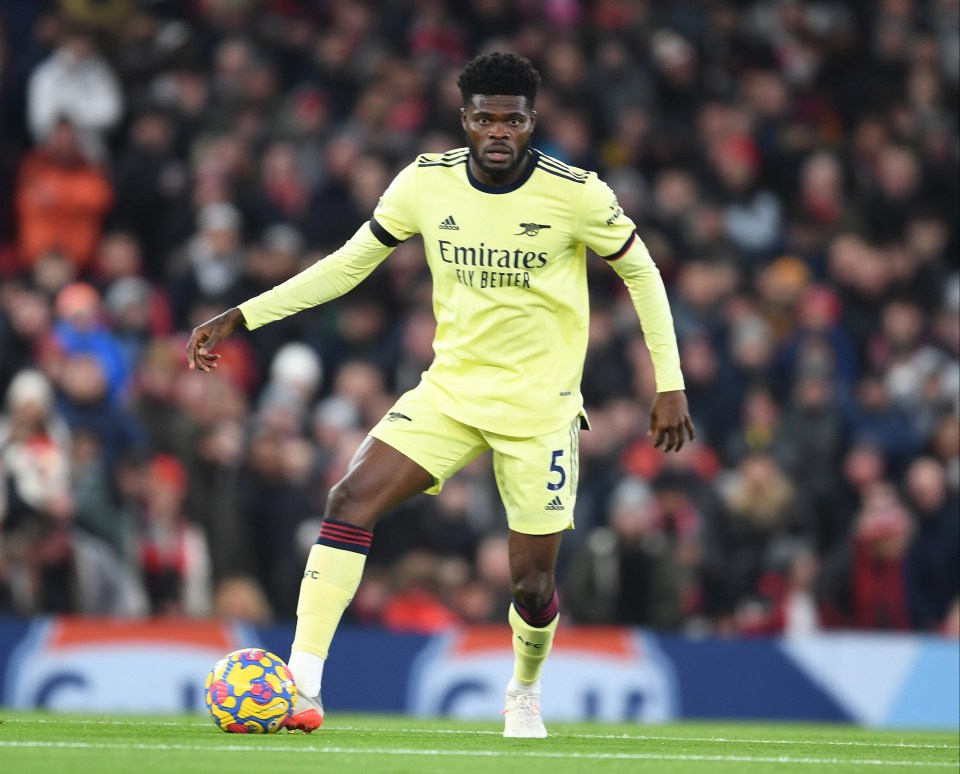 ARSENAL star Thomas Partey admitted he needs to improve as he gave his first year at the Emirates a low grade of just FOUR out of 10.

Partey joined the Gunners last year in October following a £45million deal with Atletico Madrid but has struggled for consistency due to a series of injuries.

The midfielder also arrived at the height of the coronavirus pandemic, which means he played in empty stadiums and is just getting used to the Premier League.

The Ghana international insists he is his biggest critic and made no excuses when discussing his one-year stint at Arsenal, which saw him making just 18 league starts last season.

Partey told Sky Sports: “I give myself four [out of 10], because there are moments I can really hurt the other team but there are also moments where I allow myself to lose focus and that’s when everything goes down.

“This is when you realise that you have to get better.”

Partey put together a mixed performance against Manchester United on Thursday at Old Trafford and admits he has to do better.

'THIS IS JUST FUNNY'

Partey added: “From the start [of the United game] I had a couple of moments where I gave two balls away and someone watching on TV from home or in the stadium, it is normal that they see this.

“At the end, I have to be happy with some moments, I have to learn from the bad parts and try to do better.

“I think they demanded more and personally I know I can give more. I have to keep working and at the end I will get the results.

“From the defence to the attack, I can help the team a lot.

“I have to read more of the game. Now I am having a lot of continuous games, it is normal that some games, or some moments in the games, I will be down.

“With more games, with more confidence, I will be able to get to where I want to be.”