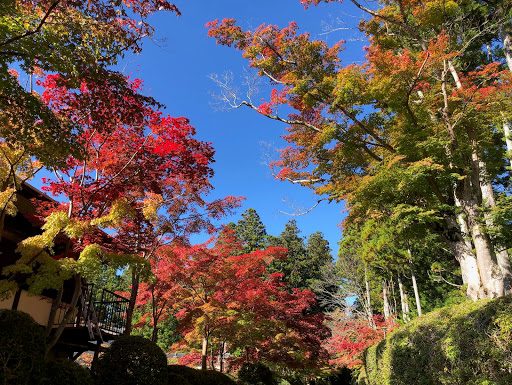 --Susan, every other Sunday

Japan is a seasonal country--which isn't precisely the same thing as saying "Japan has seasons" although that's also true. For centuries, Japanese people have celebrated the seasons, and their natural expressions, through culture, food, activities, and other experiences--traditions that continue to this day.

Each spring, Japan goes cherry blossom crazy, and a similar phenomenon occurs each autumn, when trees across the country put on spectacular, colorful shows.

Kōyō (紅葉), the Japanese term for colorful autumn leaves, are taken so seriously in Japan that there's even an official government forecast to help people know where and when the colors are at their best.
Japan is a mountainous country, which definitely helps where colorful foliage is concerned. Cold mountain nights help the trees produce a wide variety of striking hues.
Japan's autumn leaf season lasts well over a month. Peak foliage begins high in the mountains of Hokkaido's Daisetsuzan National Park (usually around the end of September or early October) and slowly works its way south across the rest of Japan's major islands. Tokyo generally sees peak leaves in November (they peaked last week in the mountains surrounding the capital, and are turning nicely here in the Kantō plain this week) and Kyoto's foliage season often lasts into December.
Changing leaves are not only a visible sign of autumn, but a reminder of the brevity and fragility of life. The leaves turn color, die, and fall, and human lives are brief but beautiful as well.
Everyone in Japan has a favorite type of autumn leaves. The vibrant reds of the maples, the golden ginkgo, or--my personal favorite--the maples caught in the all-too-brief but spectacular period when they display a rainbow of colors simultaneously.
Autumn leaf viewing has been somewhat subdued for the humans this year, but the trees are putting on amazing show, as usual.
All too soon, these vibrant colors will fade to brown, and the leaves will fall. Soon after, snow will fall on many parts of Japan, ushering in yet another season to enjoy.
But for the moment, the maples blaze, the air snaps with an energizing morning chill, and kōyō season has arrived in earnest in Japan. With everything going on in the world, I'm especially glad to see the leaves transform this year--and not even primarily because it means that 2020 is almost over.
The arrival of autumn leaves reminds me, daily, that there is striking, breathtaking, spectacular beauty in the world--beauty that bursts into life, fades away, and returns again and again with each passing year.
And I think that bears remembering. So, while I could say plenty more about kōyō's influence on Japanese art, poetry, culture, and food, I think, instead, I'm just going to leaf it here. 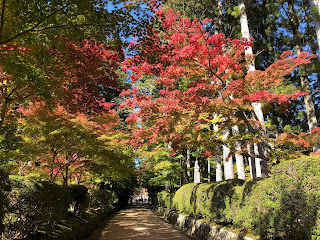