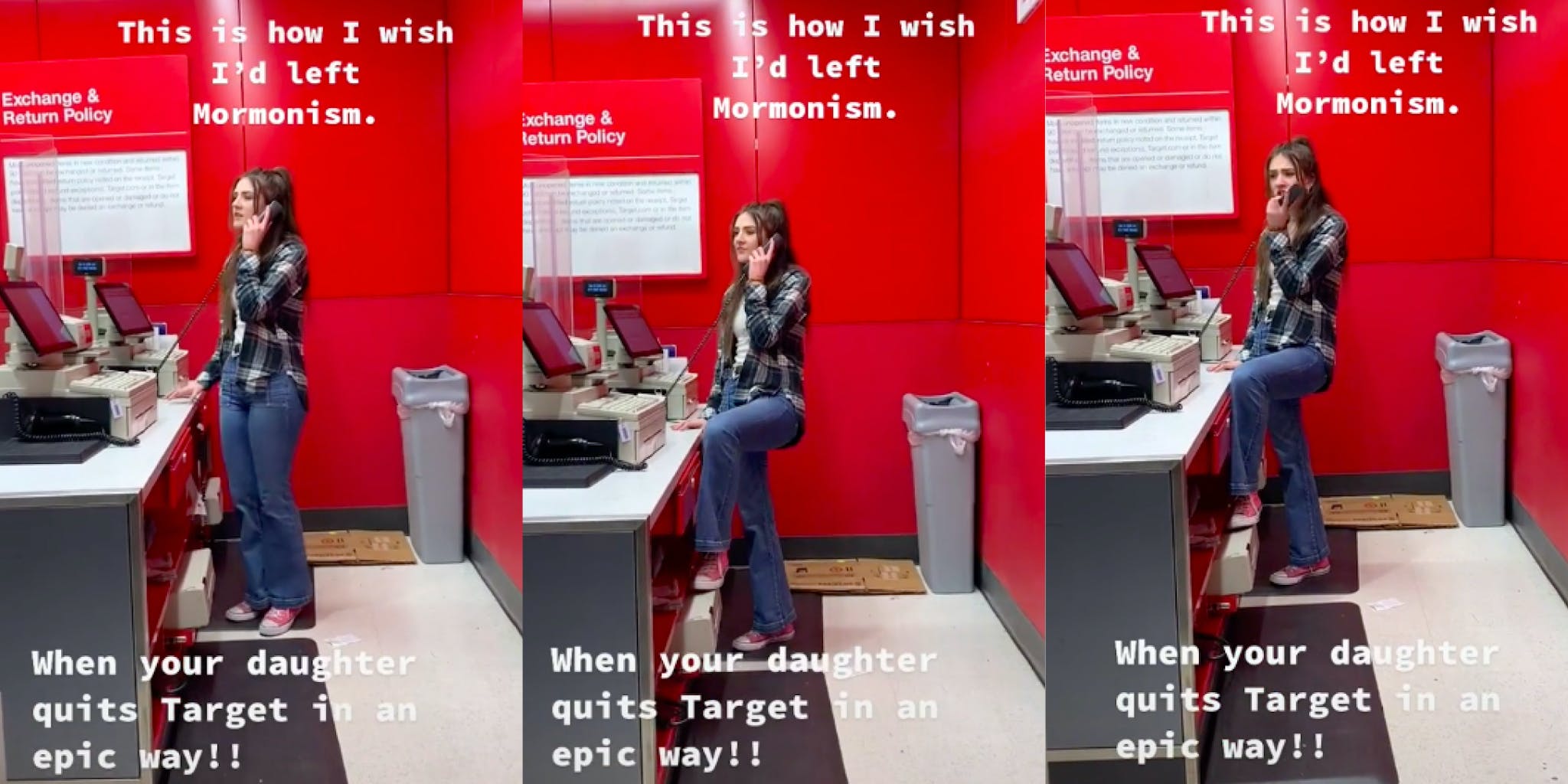 ‘I quit and I am done with this company’: Mom films viral TikTok of her daughter quitting Target over a loudspeaker 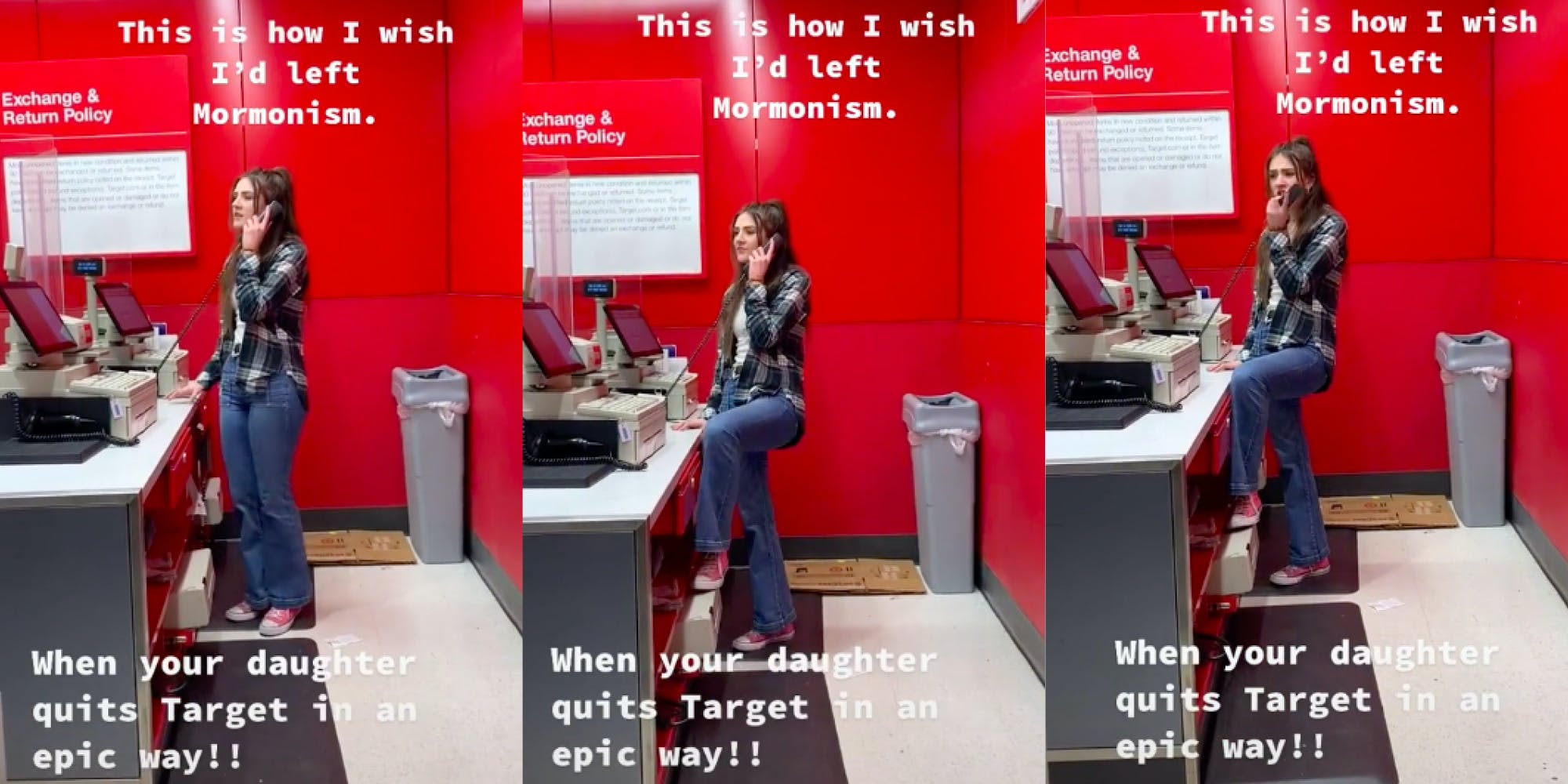 A TikTok creator filmed her daughter announcing that she is quitting her job at Target over the loudspeaker. The short clip has quickly gone viral, with many commenters saying they were "here for it."

"When your daughter quits Target in an epic way," the text in the video says.

The video starts with the daughter calling attention to all Target shoppers and someone named Morgan.

"This is Megan and I wanna let you know that I quit and I'm done with this company," the daughter said. "Please actually respect your employees and care about our safety for once and I hope you have a good night."

The video was posted last week and has since gained more than 418,000 views and over 44,000 likes. Commenters noted that they've seen more than one video of people quitting their jobs at Target in a similar way.

"This is the third Target quit story like this that I've heard in 24 hours. Here for it," one person commented.

Other people shared their negative experiences working at Target. "I straight up got assaulted by a customer and my manager told me to finish my shift and then HR did literally nothing," someone wrote in the comments section.

The creator replied to this comment and said, "Yup. That's terrible and common. There was a girl in our store that was grabbed by a customer who said racial things. Store director did nothing."

The Daily Dot reached out to both Target and the creator, but did not immediately receive a reply.

The post ‘I quit and I am done with this company’: Mom films viral TikTok of her daughter quitting Target over a loudspeaker appeared first on The Daily Dot.

‘I quit and I am done with this company’: Mom films viral TikTok of her daughter quitting Target over a loudspeaker