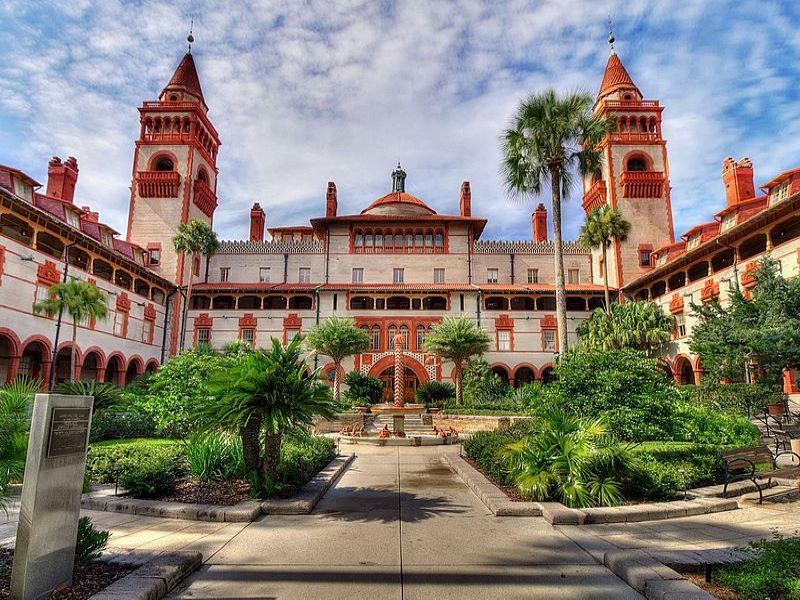 I Transferred Out of My Dream College

The moment I saw Flagler College in 2014, it became my dream school. Ponce De Leon Hall, the centerpiece of the campus, wowed me with its castle-like, Spanish renaissance architecture surrounded by a landscape of palm trees in the center of the country’s oldest city: St. Augustine, Florida. I decided then, at thirteen, that I wanted to go there, and I never changed my mind. Throughout high school, I thought about my future self in a beautiful school in a historic city, and I felt ecstatic that I found the perfect college for me.

While most people I knew applied to several schools, I only applied to Flagler and one other school as a backup.

Five years later, I moved into my Flagler College dorm with optimism and eagerness to begin my college experience. After five years of anticipation, I was finally…underwhelmed. There was nothing overtly wrong with the school or my experience. My teachers were informative and the classes were enjoyable. I got along easily with my roommate, and I joined a club that interested me and I did well. But the overall experience failed to live up to the massive expectations I constructed in my head.

Though I had previously thought I would enjoy a small college, I started to realize that this was not the case. The campus, while beautiful, started to feel smaller and more like a high school each day. Though I made an effort to talk to people, I struggled to find friends and felt overwhelmed by loneliness. While living in downtown St. Augustine seemed like a dream, I quickly realized that the city markets more for tourists than residents. This fact sank in when I ran out of toothpaste one night and the only option in walkable distance? A two-ounce travel sized tube for $5 from a tourist shop.

I jealously looked at my friends and girlfriend when they told me about their large universities, and I started to wonder if I made the wrong decision.

As the year progressed, I spent more weekends visiting my girlfriend at the University of Florida. I loved being on the campus and in Gainesville, I developed an interest in transferring. I began to research the courses that were offered, learned more about campus resources and activities, calculated that I could save thousands of dollars a semester. Ultimately, I decided that it may be worth it to give up on my dream school and try something new.

I decided to submit a transfer application and waited eagerly for the decision until I got a disappointing message: my transfer application got rejected because I would be finishing my current semester with a total of 93 credits; and the university could only accept students with less than 90 credits. They would not consider my application unless I withdrew from two courses, which would require me to pay the scholarship program back for these courses.

At this point I felt discouraged and thought that I might not transfer.

However, after further consideration, I decided that it would be worth it to withdraw from these courses and re-apply. This decision was made harder by the fact that there was not even a guarantee that I would be accepted if I was under the credit limit, but I decided I needed to at least give my best effort to get in. I withdrew from the courses, re-applied and a few weeks later, I got accepted.

A year and a half later, I’m so glad that I changed course.

It can be difficult to come to terms with the fact that the reality of your situation doesn’t live up to the expectations you created—it’s hard to admit when you’re wrong. Even though I dreamt of going to Flagler, I accepted that it just didn’t fit for me. I needed a change. Once I accepted this, I still felt the impossibility for me to change my situation because of my credits. However, I decided that since I truly wanted to transfer, I tackled the risk and effort to pursue this change; and fortunately, it went well. In hindsight, I learned that it’s okay to be wrong, it’s okay when things don’t go according to plan and it’s never too late to make a change for the better.

The post I Transferred Out of My Dream College appeared first on College Magazine.

I Transferred Out of My Dream College