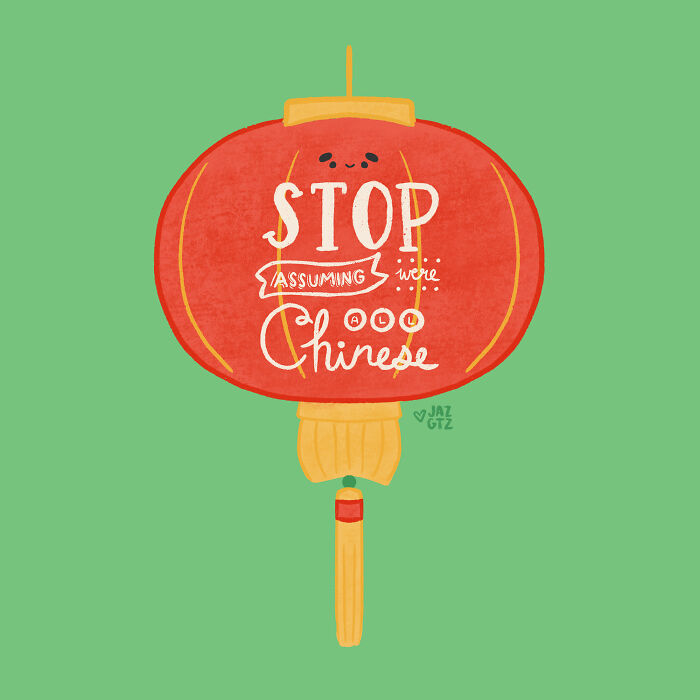 Chinatown Confessions is a cute illustrated art series about my honest feelings and experiences as an Asian-American navigating stereotypes, micro-aggressions, and other struggles our community faces.

I made this to share my frustrations about the rise in violence against Asians, due to the pandemic, in an approachable format without diluting the truth. I noticed that there was a lack of discussion about the issue in the news and in my circle of friends. Having conversations about racism can be uncomfortable so I thought using cute art would capture people's attention while leaving them with an important message to reflect on.

Illustrated subjects are inspired by items you'd commonly find in Chinatown, while the hand-lettered phrases are inspired by my personal experiences or by others in the Asian-American community.

While it may seem innocent, teasing about my culture's food means you're actually teasing me. You don't have to like it, but you don't have to be rude about it. I have multiple memories from childhood, and even into adulthood, of feeling like an outsider when I brought food from home; the weird side looks, the snickering behind my back, and the snarky comments like "You eat THAT?" I may seem weird for eating different foods but I think they're also weird for not trying different foods. 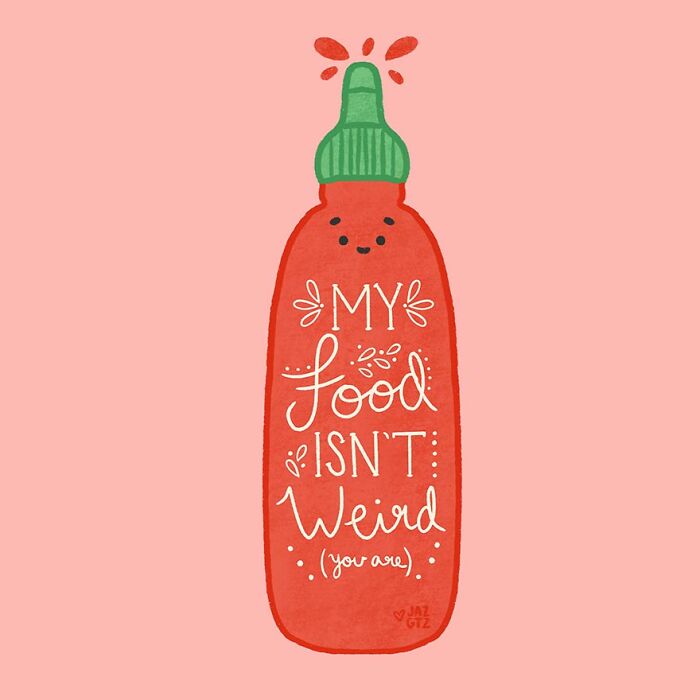 Seriously though. Asian does not always equal Chinese. We're not a monolith (a group of people who are thought of as being all the same). 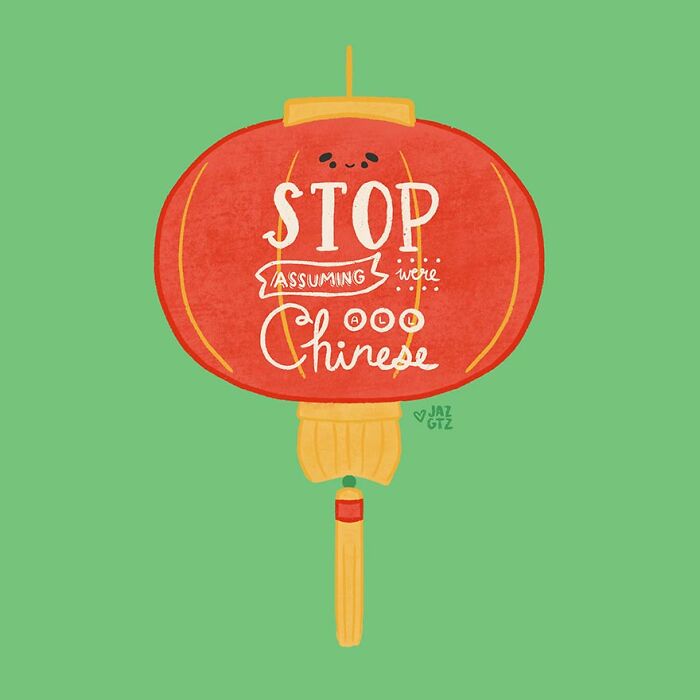 A few years back someone came up to me to make small talk and eventually the conversation arrived at "Where are you from?" I told them I was from Texas. They then changed their phrasing to "Where are you REALLY from? Like where were you born?" I answered California. They didn't seem to like my response because they looked at me both confused and uncomfortable. After some awkward silence, they tried again and asked "Where are your parents from?" It finally clicked for me what this person was trying to get at. I told them Vietnam and they lit up and said "Cool!" I shared with someone close to me about this situation and they laughed and said "Don't give them such a hard time, you know what they were trying to ask!" But I honestly didn't. And also why aren't my feelings considered? Because asking me "Where are you REALLY from" feels like I don't belong here. I might not be white but I'm still an American. There's nothing wrong with being curious about someone else's culture. I don't think we should be 'color-blind'. But we should be open to understanding how to have better conversations about race and culture. 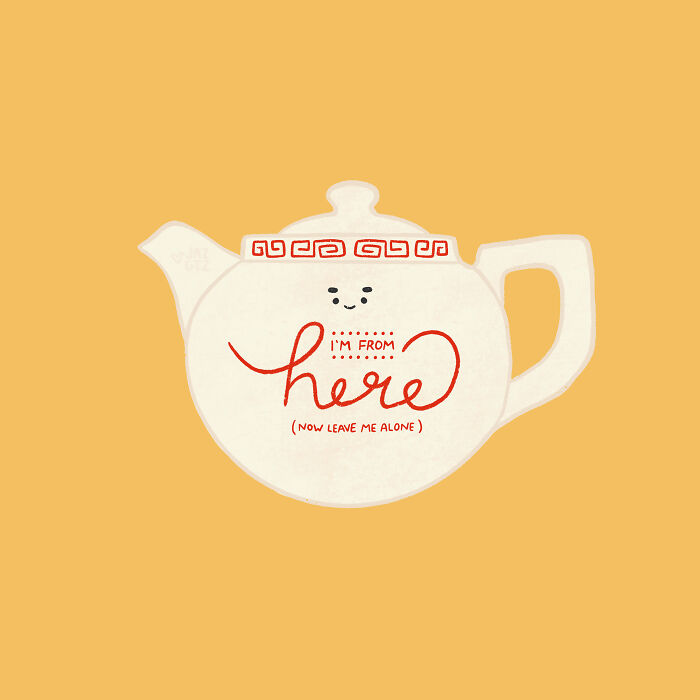 Dear racist person, my eyes may be small, but so is your mind. I've been called "Chink" and "Chinese girl"; people have slanted their eyes and yelled 'Asian' gibberish to my face. I've been told "You must be good at (insert stereotype activity)" based solely on my race and not my actual skills/hard work. What I hate more than the experiences was that I minimized it; I made excuses for people who lacked cultural awareness and sensitivity by trying to convince myself that they were just trying to be funny. I even laughed with them so I wouldn't make them feel uncomfortable despite the fact that I was very hurt. But words and actions like these aren't funny or beneficial; they're RACIST and NOT okay. 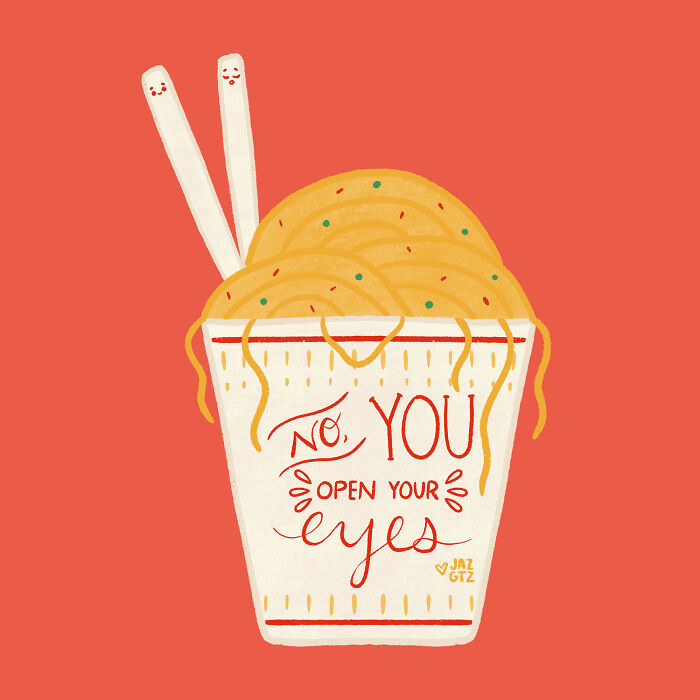 Growing up in an Asian family for me meant that shedding tears revealed a sort of weakness, which wasn't okay. But I'm learning to unlearn this. It's okay to ask for help. It's okay to fall apart. It's okay to cry. 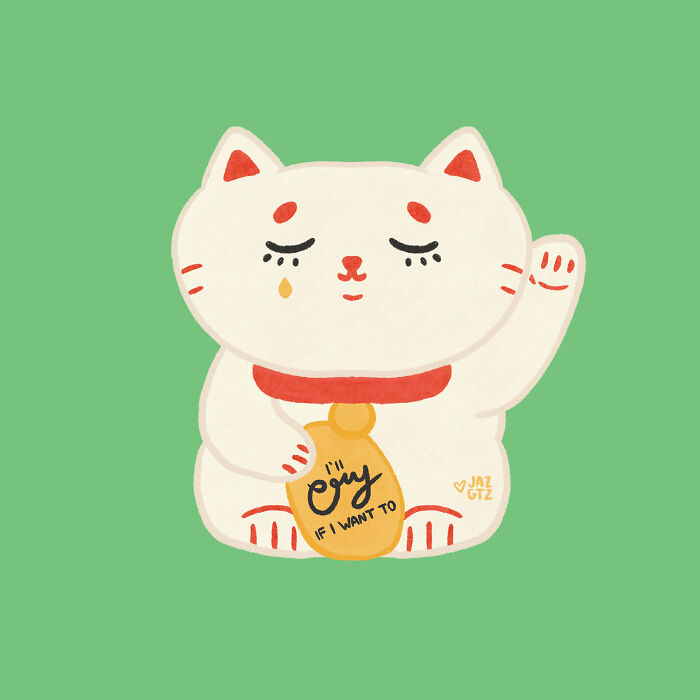 It was conflicting. I wanted to make my mother proud but I also wanted to follow my dreams. My personal story is that I was encouraged to stay away from choosing a creative career because a career in creativity isn't a career at all. I was allowed to be creative as a hobby, but as a real career, I needed to pick something more substantial. So I stopped drawing, and just focused on trying to make my mom proud but I eventually stopped doing that too and pursued a life that I needed for myself. I'm thankful in the end my mom came around to be proud of me in different ways. 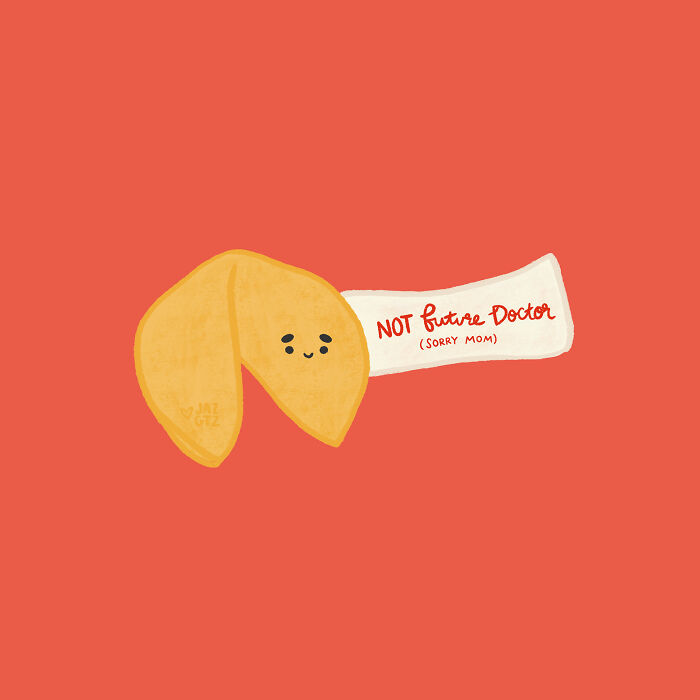 No, I don't have another name that you can call me instead because you won't take the time to correctly pronounce my birth name. And if you're not willing to just learn my name, why bother learning anything else about me? So bye. 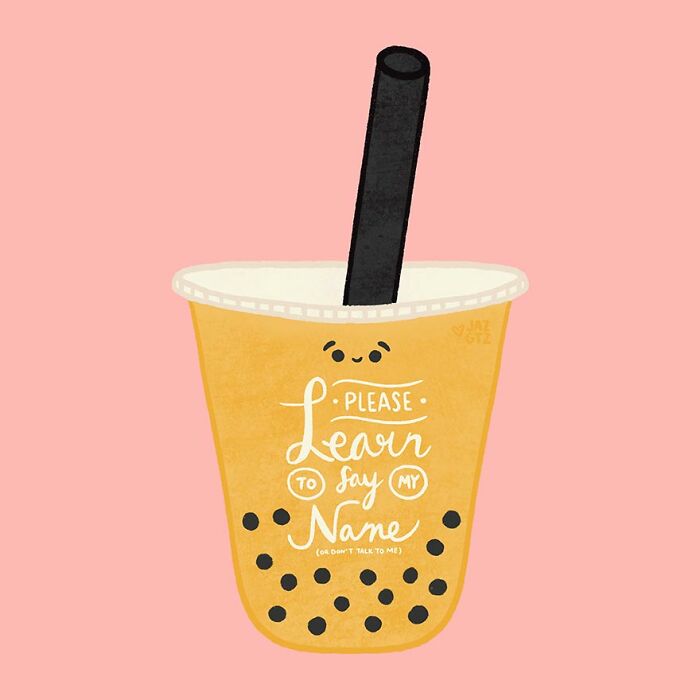 I don't need to wait for someone to tell me I did a good job to prove that I did a good job. I also don't need to wait to accomplish something worthy in someone else's eyes to feel like I accomplished something. Sometimes giving my 100% looks different each day and that's okay. One day I'm super productive and finished everything from my to-do list. Awesome. The next day I woke up and just stayed alive. Also awesome. 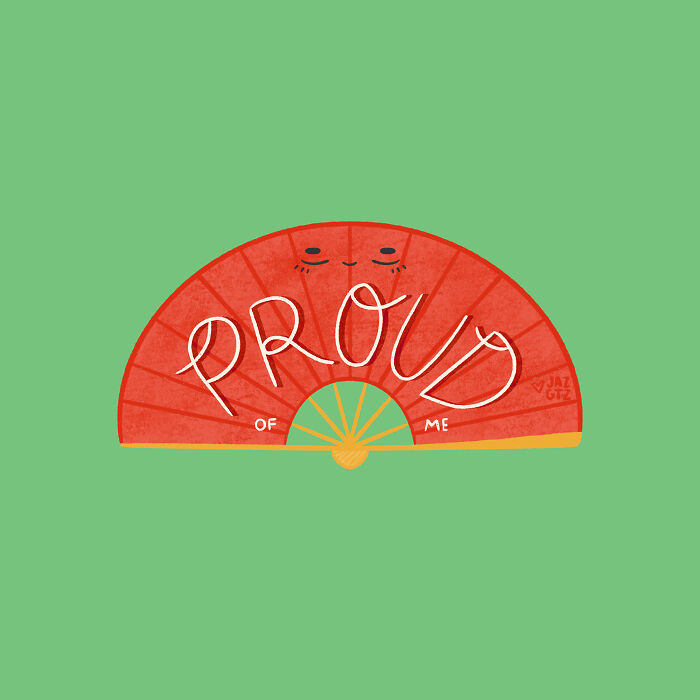 #9 I Can Be Soft And Strong

Mental health isn't often a popular topic of discussion in Asian households; talking about anything that might display someone's weakness was avoided. So that's why I didn't go to counseling for the first time until I was 24 years old. There was something my therapist said that has remained with me to this day; "You can be assertive without being aggressive."

Growing up, I saw hurt feelings covered up by anger and expressed by hurting the other person's back. The concept of gently, yet still honestly, telling someone your needs, hurt, and insecurities without starting a war seemed unheard of. But being married to someone with a different, and healthier, perspective will challenge you to realize that speaking harshly in anger doesn't make you stronger than someone else. In fact, there can be strength in your gentleness.

Choosing to have self-control with your words and actions, not backing down from confronting a problem, and sharing your feelings to heal not hide... that's a real strength. 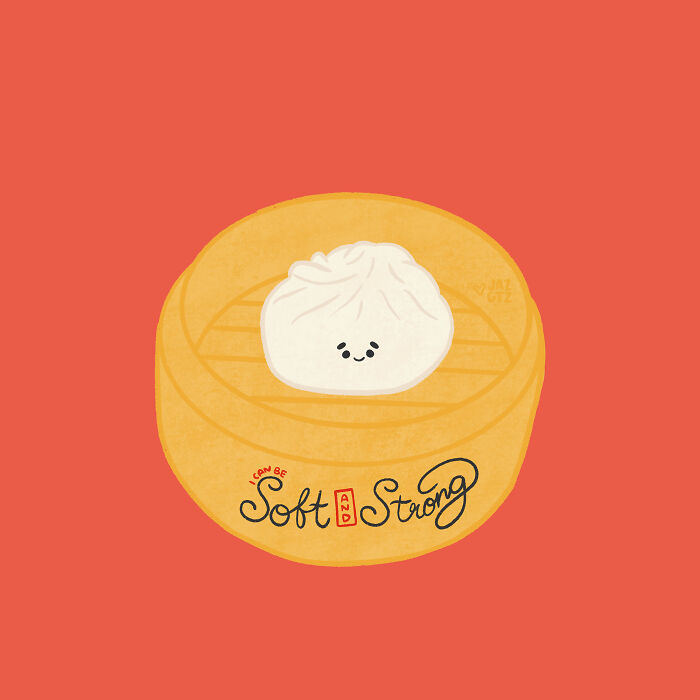 If I tried to convince everyone I was worthy, I'll quickly be disappointed. Everyone has a different way of measuring everything, so I shouldn't even bother. I choose to live FROM a place of love and worth instead of FOR love and worth. So next time my post didn't get that many likes, my text message was left on reading, or plans get canceled on me last minute, I remember that circumstances and people don't define my importance. 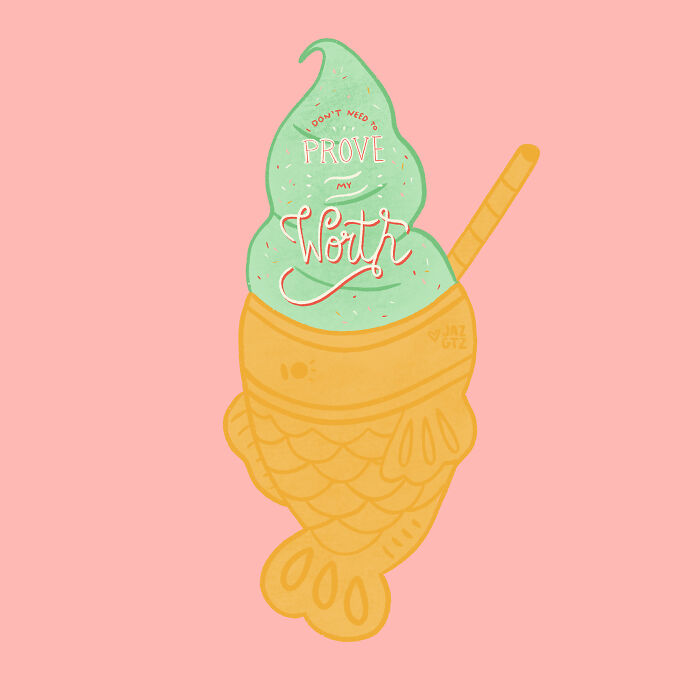 #11 Worthy Of Love And Respect 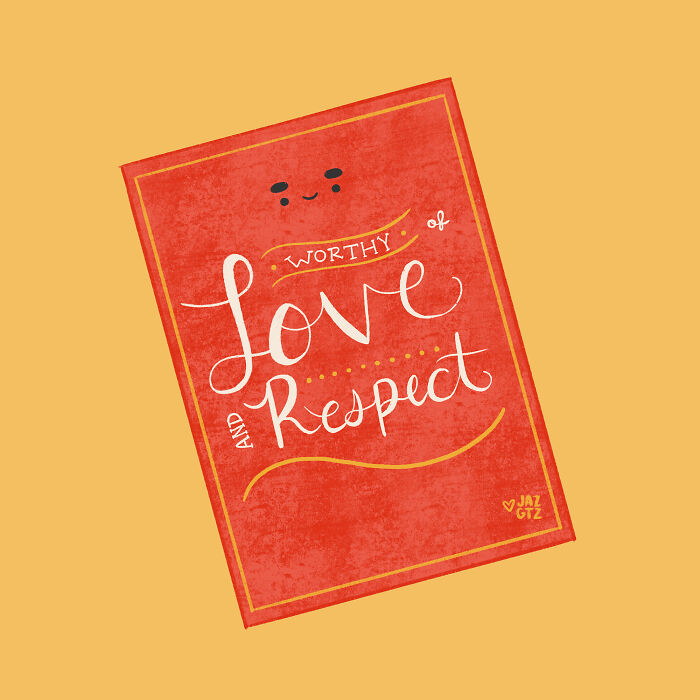