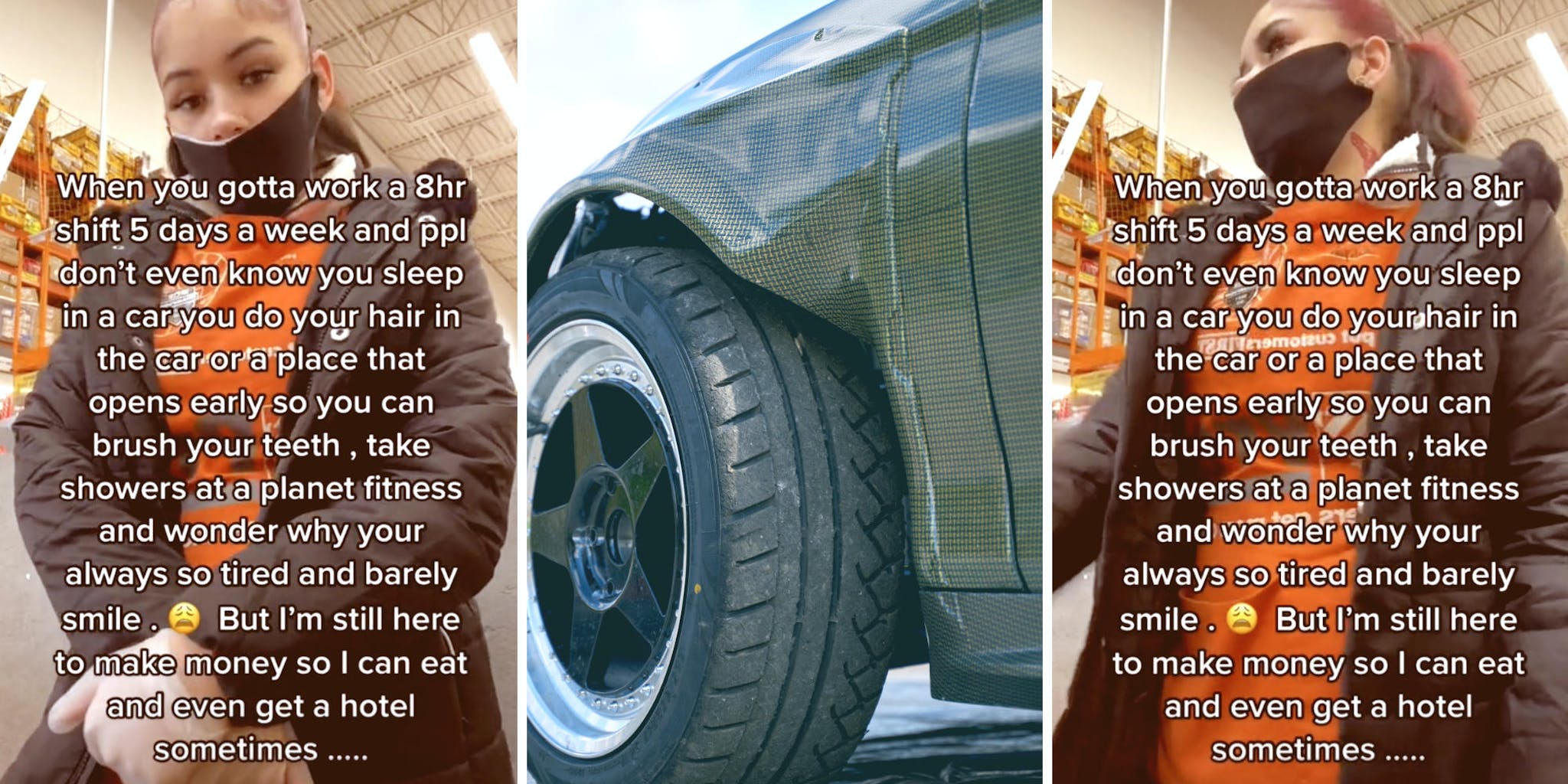 ‘I wish it was a f*cking lie’: Home Depot employee says she is unhoused, has to sleep in her car in viral TikTok 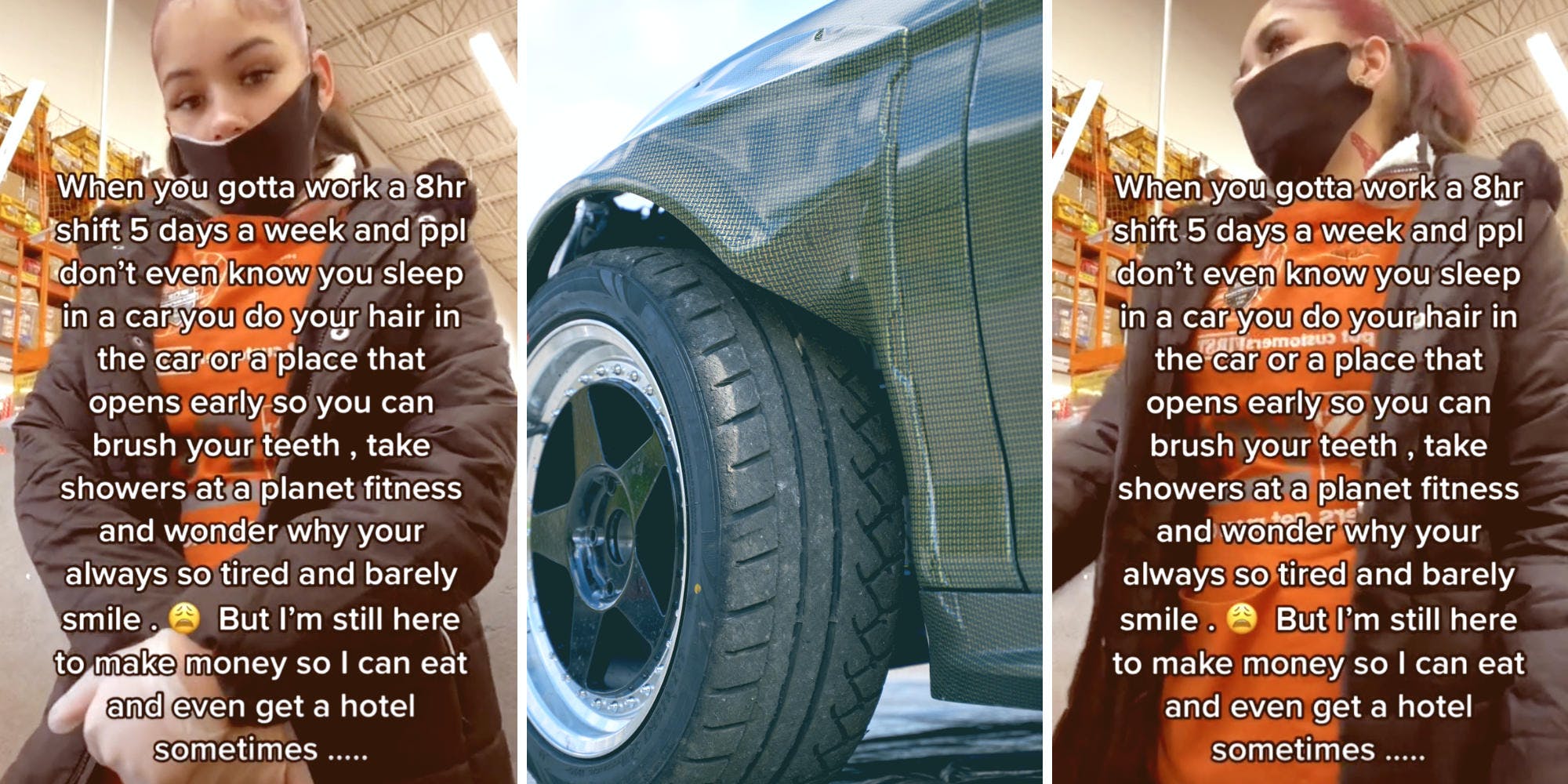 In a viral TikTok posted on Thursday, Home Depot employee Aaliyah (@oc.liyahh) says that even though she works 40 hours a week, she sleeps in her car and showers at Planet Fitness. According to her bio, Aaliyah is 22.

"But I'm still here to make money so I can eat and even get a hotel sometimes," she wrote in the video's overlay text. She also wrote that she is "always so tired" and "barely [smiles]."

In follow-up TikToks, Aaliyah showed her set up in her car and in a Planet Fitness locker room. She also shared Home Depot's Homer Fund website, which "provides financial assistance to associates facing unexpected hardships."

In an email to the Daily Dot, Home Depot said it was "looking into" the TikToker's videos and situation.

Aaliyah's original TikTok received over 10,000 comments, some of which supported her.

"Girl I’ve been there. Keep it up," user @elyons01 commented. "You’re gonna get back up on your feet, I promise."

"This is our AMERICA, where you work 40hrs a week and are still homeless," user @babewiththeepower wrote. "Lots of love."

"With your work ethic all the pieces will fall into place," @angierzzzhastiktok commented.

Others doubted her situation.

"If you work 8 hours a day, 5 days a week, first step would be to manage your money better, if you can save while living in your vehicle," @freeepalestiniaaaanssss wrote.

"And she still manages to dye her hair, tattoos, and get her nails done," @hndrxxz wrote.

In response to those comments, Aaliyah wrote, "I'm running off 2 hours of sleep" in the overlay text of a follow-up video. "I wish it was a [fucking] lie," she added.

It's unclear where Aaliyah is located, but over half a million Americans were unhoused in 2020, CNBC reports. Skyrocketing housing costs and unemployment amid the COVID-19 pandemic have contributed to the rates of homelessness.

While varying depending on state and city, the average rent for a one-bedroom apartment in the U.S. is $1,098 per month, according to World Population Review. On average, Home Depot associates make just over $11 per hour, and cashiers make less than $10 per hour.

The Daily Dot has reached out to Aaliyah via Instagram message.

The post ‘I wish it was a f*cking lie’: Home Depot employee says she is unhoused, has to sleep in her car in viral TikTok appeared first on The Daily Dot.

‘I wish it was a f*cking lie’: Home Depot employee says she is unhoused, has to sleep in her car in viral TikTok