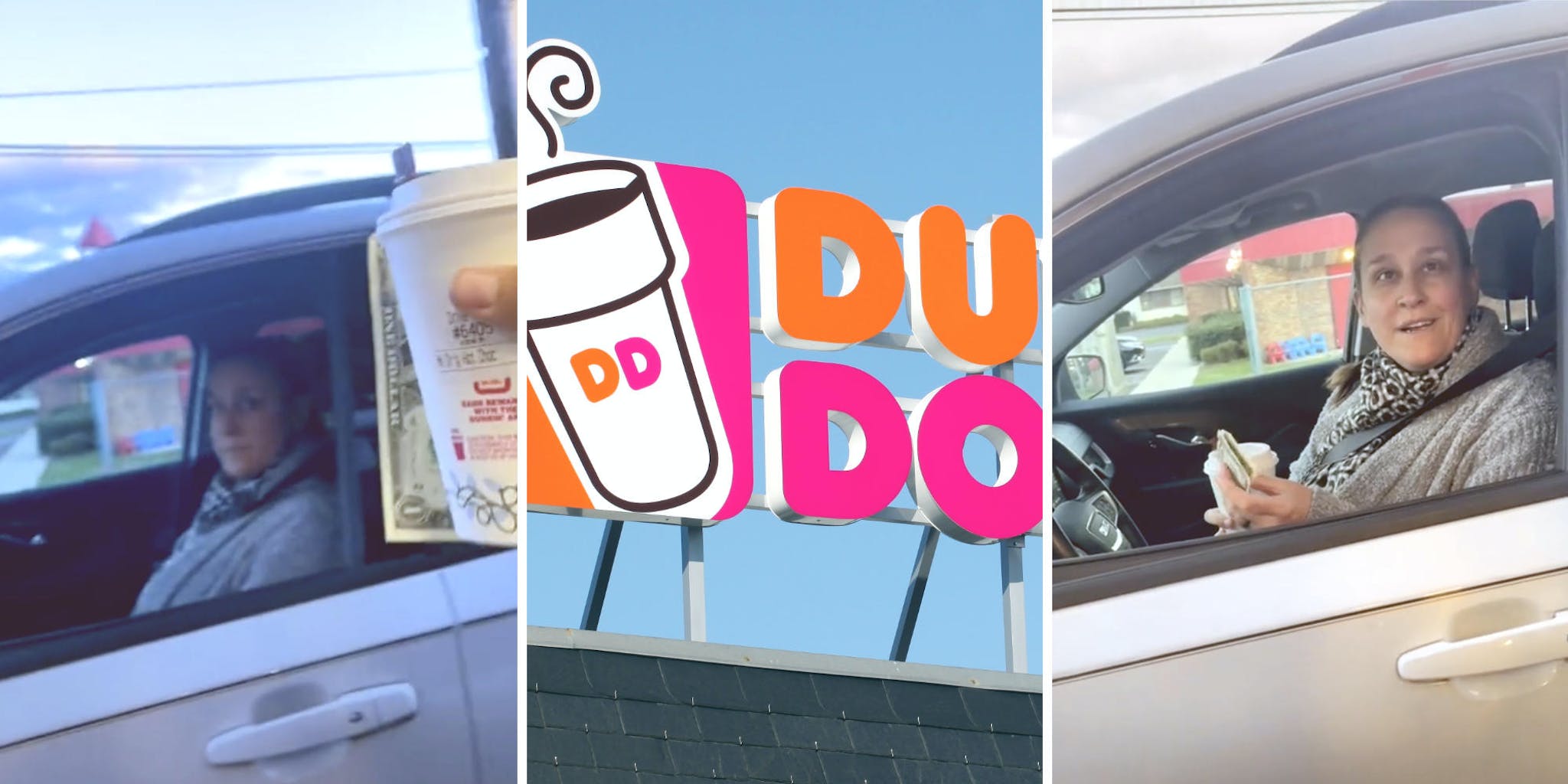 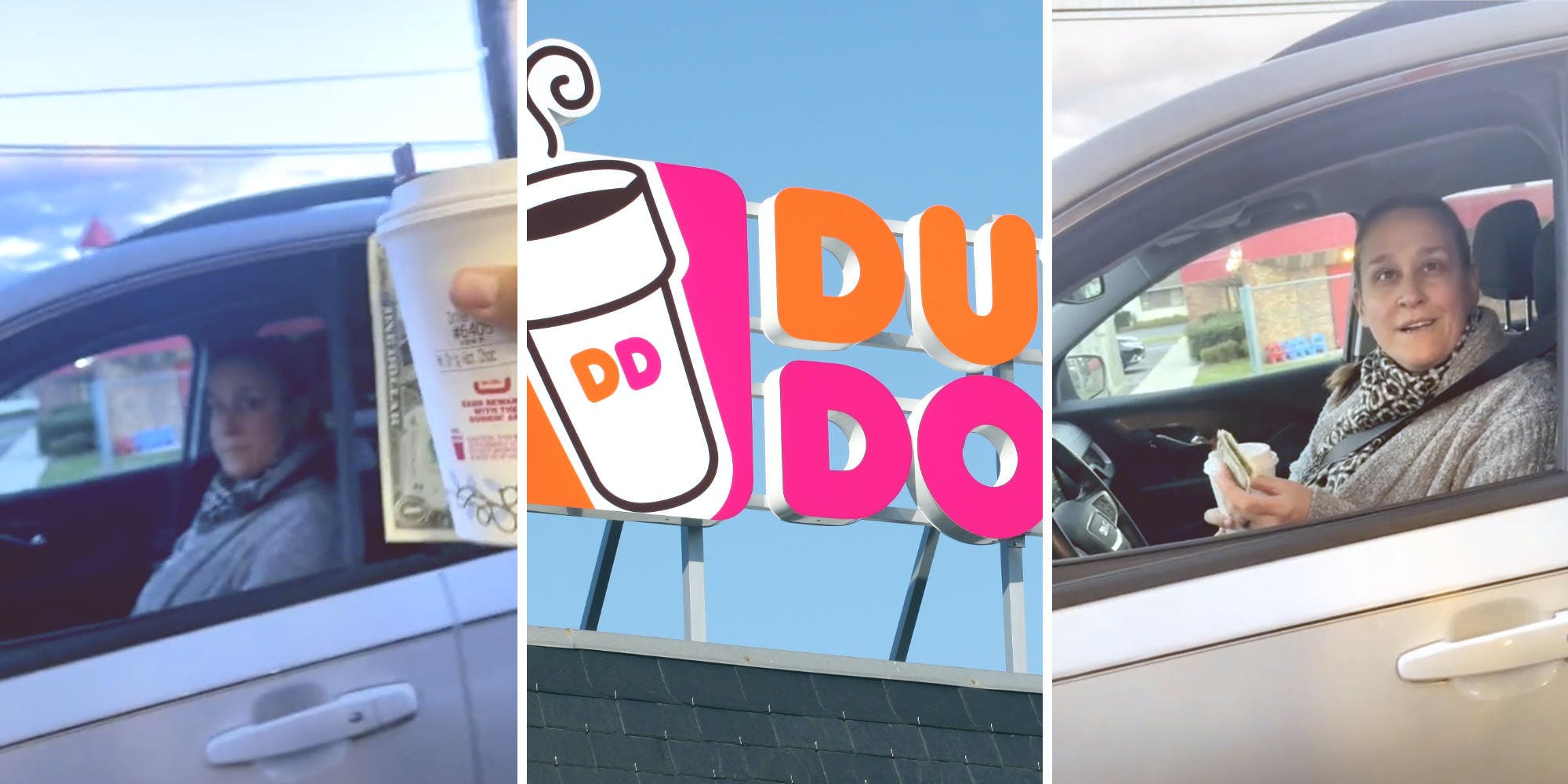 To TikToker Noah Danenhower (@itsnoah.d), the middle-aged woman who pulled up at the Dunkin' drive-thru was a MILF—at least for his prank. The Dunkin' worker uploaded footage of his exchange with the customer, and the video received 5.1 million views on TikTok as of Monday. Danenhower has about 1.5 million followers on the app and often posts his interactions with customers.

In the video, Danenhower hands the customer her drink along with a dollar bill, which she wasn't expecting to receive. When she asked what the dollar was for, he told her it's for the holiday.

"Yeah, so you get a dollar," Danenhower explained. "We're just like, here at Dunkin', we're trying to give back to like our local MILFs and shit on Mondays now."

"Very funny," the customer said while shaking her head and laughing "Cute though."

"No, I'm serious," Danenhower told her.

The customer laughed again. "OK, have a good one," she said.

As she started to drive away, Danenhower replied, "You too, mommy."

Danenhower's prank sparked a debate among his viewers. Some thought the exchange was hilarious, while others found it somewhat creepy.

"YOU TOO MOMMY LMFAOOO," one viewer commented in all caps.

"You either made her day or creeped her out… I can’t tell which one," someone else wrote.

Some viewers were sure that it was the former option.

"Sir you just made her day, no week, possibly her entire year. keep up the good work," one user wrote.

Another viewer strongly disagreed with the TikToker's sense of humor. "I would’ve been so uncomfy and wouldn’t have drank my drink," the user said. "Put a whole damper on my day."

Based on one viewer's comment, it seems that Danenhower may have been fired from that Dunkin' location.

"This is why he was fired," the viewer commented with a laughing emoji. In reponse, Danenhower wrote, "Just had an interview at a new dunkin."

Danenhower did not respond to the Daily Dot's request for comment via email. The Daily Dot also reached out to Dunkin' via email.