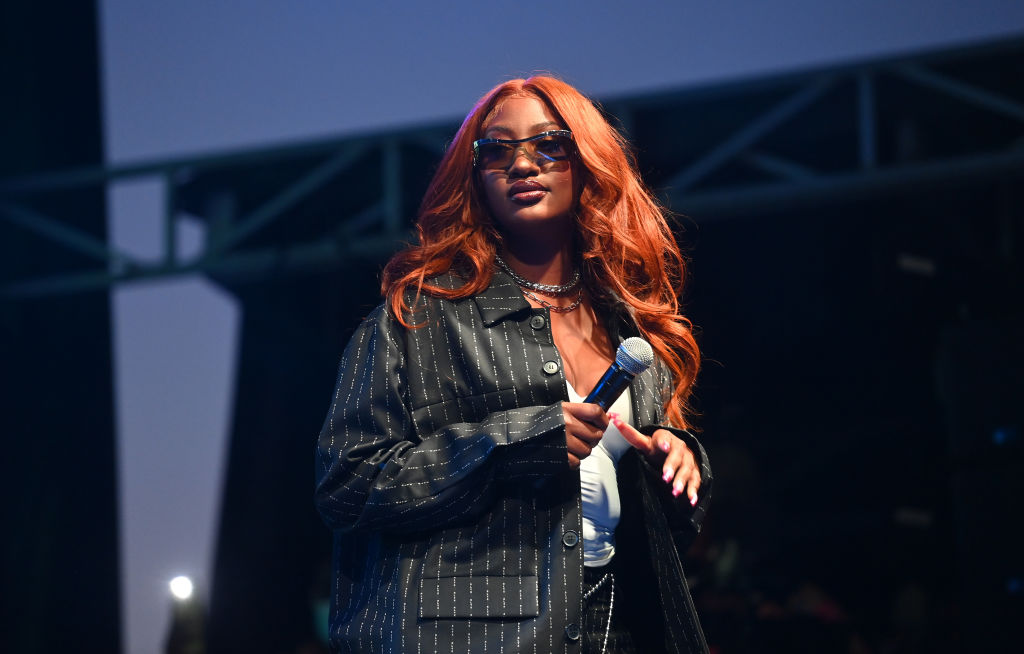 Nigerian singer Tems has grown into mega superstardom this year after being featured on international hits like Wizkid’s “Essence” and Drake’s “Fountains,” which is on of the standout tracks from Certified Lover Boy. Tems takes NPR Music’s Tiny Desk (at home) performing some of her own classic records.

The Tiny Desk series is still working from home for the foreseeable future. The at home concerts bring performances from across the country and the world at large.

Tems recorded her personally at home Tiny Desk experience in an elegant performance space in Lagos, Nigeria. She takes fans through some of her most adorned songs some of which were from her latest EP, If Orange Was a Place.

The international star begins in her set with “Found.” NPR Music writer, Bobby Carter says, “As she slips into performance mode, emoting with her eyelids drooped slightly, she begins ‘Found’ in her upper register before switching to that unmistakably rich alto range. That’s when the magic starts.”

Over the past couple of years, the star has been on a steady rise, releasing her first couple of singles, “Try Me” and “Mr. Rebel” “Damages,” was huge in Nigeria and helped put her name on the U.S. map.

Tems’ has earned two US top 40 entries on the Billboard Hot 100 for her collaborations with Drake and the song of the summer with Wizkid’s “Essence.” Now, fans are taking notice of her incredible talent. It’s only the beginning for Tems, and her captivating Tink Desk performance proves she is an undeniable star.