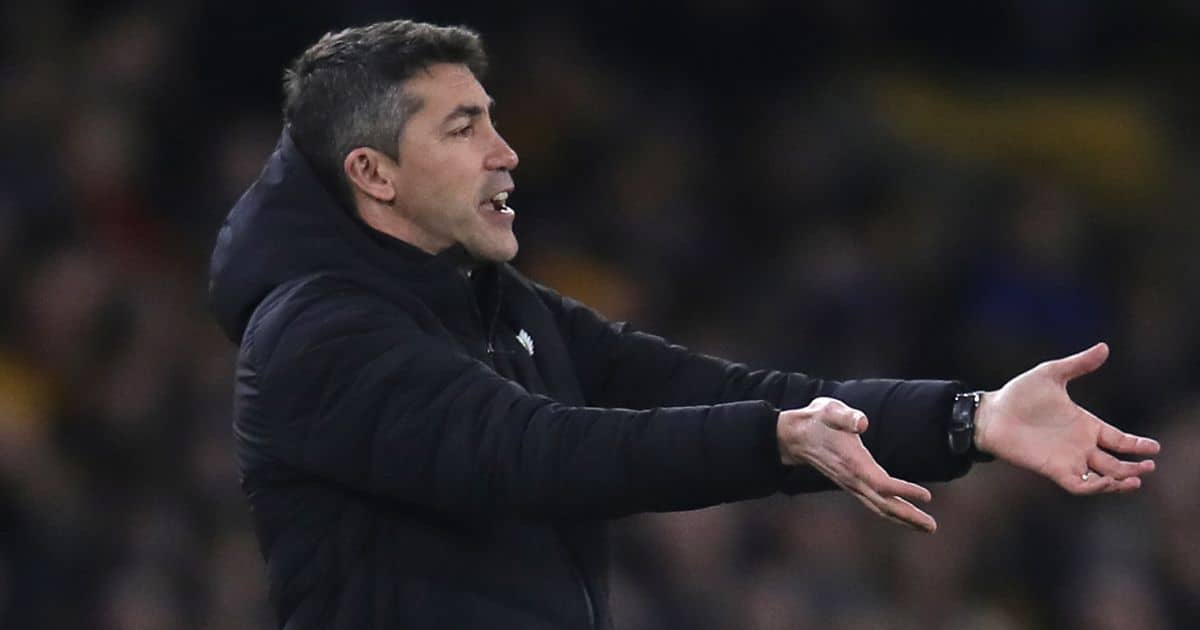 Roy Hodgson has warned Watford they are “running out of time” in their battle against relegation after a 4-0 defeat to Wolves, which prompted him to pick apart some individual performances.

Watford remain in the relegation zone after a comprehensive defeat to Europe-chasing Wolves. The hosts took the lead via Raul Jimenez after 13 minutes and were already 3-0 up eight minutes later, after a Cucho Hernandez own goal and a strike by Daniel Podence.

Ruben Neves put the icing on the cake for Wolves towards the end of the match, leaving Watford three points adrift of safety but having played more games than some of their rivals to beat the drop.

Their errors were clear for Hodgson to see. In consequence, he urged them to acknowledge their errors but not slip into the trap of failing to care.

He said (via the BBC): “Wolves are a quality team and had a good season with some top-class international players. At half-time we were staring down the barrel of a gun. We had to salvage something from the game and held them at bay.

“It was a wonder chip from Neves but at 3-0 you are in big trouble.

“We didn’t defend the first one well enough. The next two it is pretty obvious. All the goals are mistakes. Some are clearer mistakes than others.

“It was disappointing in every respect. We have a very sad dressing room. That is what we sign up for.

“It gets hard when your players don’t care enough, but we are not in that position yet. We have to hold our hands up that we are not good enough at times, but not that they don’t care.

“These players need to feel anxiety because we are running out of time.”

Goalkeeper Ben Foster was under the microscope for letting four goals in. For the third in particular, he was at fault.

Hodgson sympathised with him but also appeared to point a finger of blame towards his midfielders.

On Foster, Hodgson said: “He would be the first to put his hand up. He has been vitally important in every respect, with his performances and the way he is.

“As a keeper, you are a hero or a zero. He has been a hero a number of times. This was the other side of the coin.

“I would have felt sorry for Gianluigi Donnarumma. If you want to be anonymous, get yourself in midfield.”

Meanwhile, things are still looking up for Wolves as they bounced back from three consecutive defeats.

They sit in eighth place, two points away from the European positions.

Bruno Lage was happy with their reaction to their most recent defeat. Now, he wants them to replicate that performance on a more regular basis.

“The performance, the way we played gave us points and gave us goals. That is why I was so upset last time because we didn’t do anything in the first 45 minutes against Crystal Palace.

“My pressure on them is to come and always play the way we did tonight.”

The post ‘If you want to be anonymous’ – Hodgson sends warning to Watford after Wolves defeat appeared first on TEAMtalk.