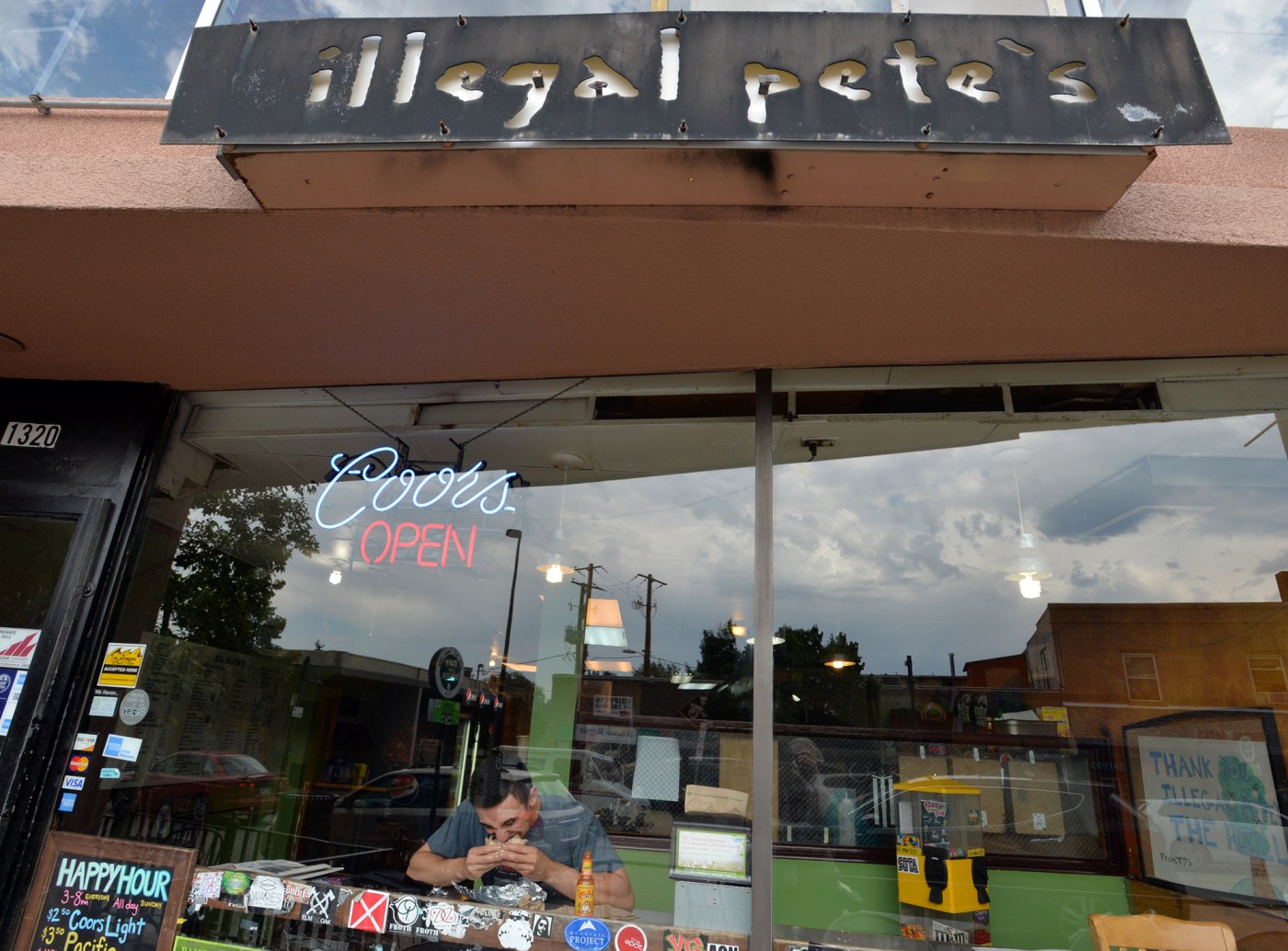 Colorado burrito giant Illegal Pete’s will stay based in its home state, even after winning a legal battle with the state of Delaware, where it had planned to relocate.

Illegal Pete’s announced the decision on Tuesday after receiving the settlement from Delaware officials, who also changed their state’s corporate naming guidelines as a result of the case.

Back in April, Illegal Pete’s sued Delaware when the state refused to allow the company to convert to a Delaware LLC, based on “a negative connotation” from the business’ name.

“This was an interesting linear elevation of the ‘Illegal’ word issue we first encountered in 2014,” Illegal Pete’s founder and president, Pete Turner, said Tuesday in a press release. “We took this debate to the courts, suing the State of Delaware for First Amendment infringement, and winning; we see this as vindication of our position.”

Founded in 1995 in Boulder, Illegal Pete’s first faced opposition to its name in 2014 when expanding the Boulder-based restaurant to Fort Collins. Opponents argued that the word “illegal” was racially and politically charged, and so the name Illegal Pete’s became a lightning rod then — and again when the brand later expanded to Arizona — in immigration debates.

Turner has maintained that his company was named after his father, who was “a bit of a good-natured hell-raiser in his day,” according to the release. But by the time the restaurant owner decided to move his company from Colorado to Delaware, citing financial reasons, Illegal Pete’s name association had reached the level of state court.

“In our current political times, divided and filled with racial tension, our name has been unwittingly rolled into a larger conversation about race, the United States, who belongs here and if a human being should ever be referred to as ‘illegal,'” Turner wrote in a statement then.

“The word ‘illegal’ in our name is a reference to the countercultural, to the rebellious, to the very picture of challenging authority that the restaurants were founded upon,” he added. “It’s in this spirit that we challenge the decision made by Delaware officials.”

The case was decided in August, and the company allowed to convert to a Delaware LLC. But Turner said this week that he waited until Delaware had reversed its position and all settlement costs were paid to him before announcing the move back to Colorado.

“This was a reminder that Illegal Pete’s always has been and always will be a Colorado company,” Turner said in the release. “Even as we continue to grow out of state, with two locations in Arizona and even more out-of-state locations planned in the future, we’ll always call Colorado home.”

Subscribe to our new food newsletter, Stuffed, to get Denver food and drink news sent straight to your inbox.