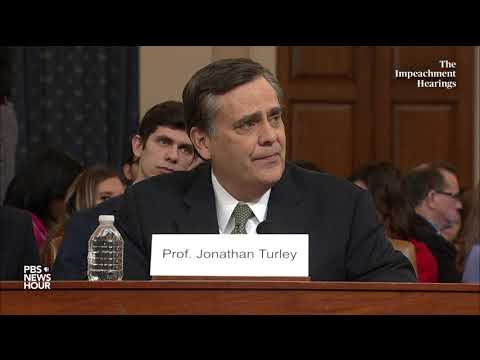 Pamela Karlan, a Stanford law professor, veered off into the stratosphere at the impeachment farce Wednesday when she was asked how the powers of a president differ from those of a British king.

Karlan, a childless, married lesbian, eagerly jumped at the opportunity to slam the Trump family, by invoking their 13-year-old son, saying kings had virtually unlimited authority while the Constitution limits presidential powers. To illustrate her point, she referenced President Trump’s son, Barron.

“The Constitution says there can be no titles of nobility, so while the president can name his son Barron, he can’t make him a baron,” Karlan said to laughter and appreciative applause from the Democrats in the hearing room.

A minor child deserves privacy and should be kept out of politics. Pamela Karlan, you should be ashamed of your very angry and obviously biased public pandering, and using a child to do it.

Karlan’s comments bring to mind the slur that John McCain used to mock Bill and Hillary Clinton’s then-teenage daughter, Chelsea. McCain, appearing at an Arizona fundraiser asked a room full of high dollar donors, “Do you know why Chelsea Clinton is so ugly?” He then provided his own answer, saying, “Because Janet Reno (then-U.S. Attorney General) is her father.” Mannish and single, Reno was 6′ 2”.

Pamela Karlan stood in stark contrast to Constitutional scholar and George Washington University Law professor Jonathan Turley, who told the House Judiciary Committee that he did not vote for Donald Trump for president, but said the Democrats were abusing their power in bringing this “slipshod” partisan case and “setting a dangerous precedent.” Turley, cautioned against the impeachment, saying that to proceed on this course against President Trump based on the current evidence “would be to expose every future president to the same type of inchoate impeachment.” His full statement can be viewed here.