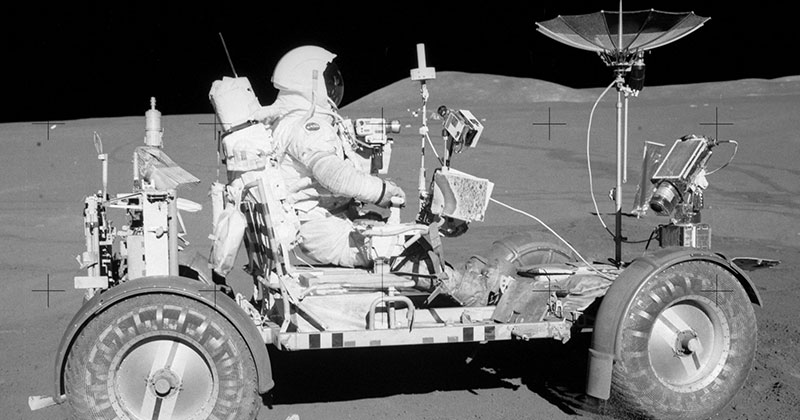 In 1971, the First Person Drove a Vehicle Somewhere Other than Earth 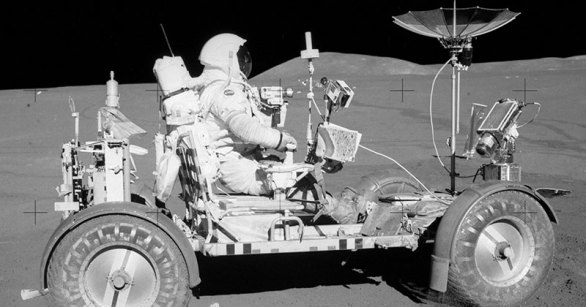 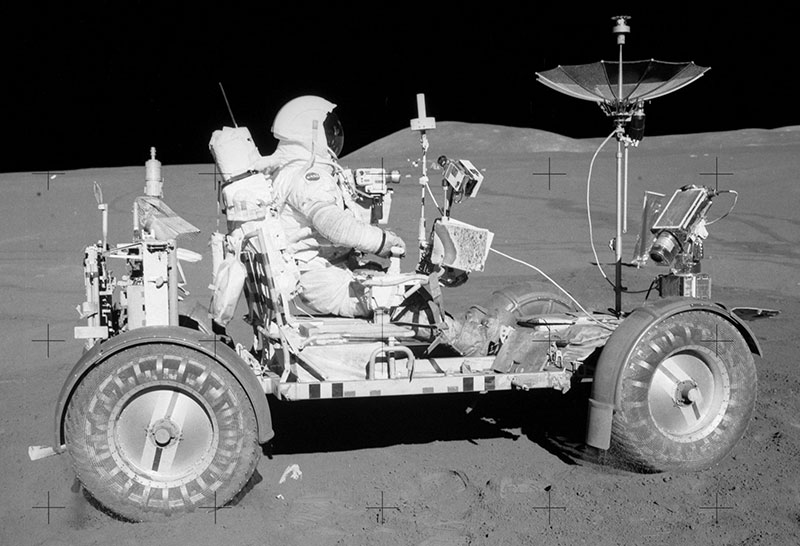 Apollo 15 (July 26 – August 7, 1971) was the ninth crewed mission in the United States’ Apollo program and the fourth to land on the Moon. It was also the first time the Lunar Roving Vehicle aka the Moon Buggy was ever used, and the first time a person drove a vehicle somewhere other than Earth. [source]

Each LRV was carried to the Moon folded up in the Lunar Module’s Quadrant 1 Bay. After being unpacked, each was driven an average of 30 km, without major incident. These three LRVs remain on the Moon. [source]

While the LRV was the first vehicle ever driven by a person, the Soviet Union’s Lunokhod 1 was the first remote-controlled robot “rover” to drive on the Moon in November of 1970.

Pictured above driving the LRV is Apollo 15 Commander, David Scott. During the mission, Scott and lunar module pilot James Irwin collected 170 pounds of lunar material during their more than 18 hours on the Moon’s surface. [source]

In 1971, the First Person Drove a Vehicle Somewhere Other than Earth