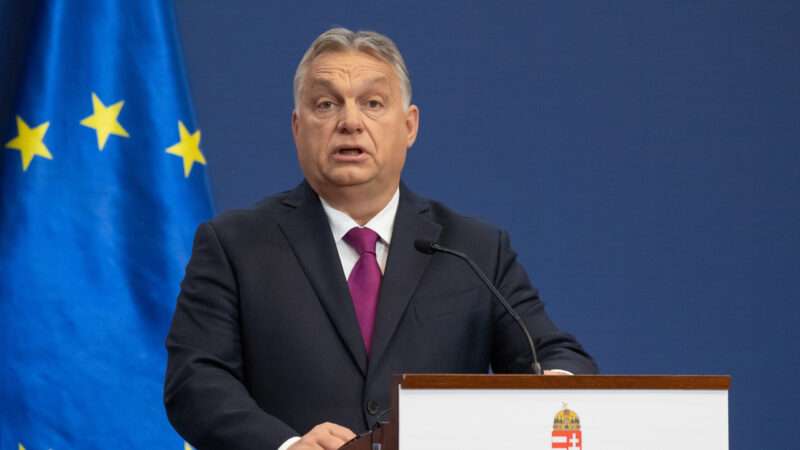 In 2022, Pay Attention to Right-Wing Authoritarianism

At the eve of a new year, it's traditional to make a resolution or two. I have no such list for myself or others, but I do have a wish. For 2022 and beyond, I wish that all of us who still cherish liberal values will band together to oppose the worrisome rise of authoritarianism around the world.

For decades, those inclined toward free markets have focused on authoritarianism coming from the political left. We have spared no energy denouncing and opposing it. We've rightfully been concerned about the push to centralize more power in the hands of federal governments and to increase the scope and size of all government. We have warned that these policies, pursued consistently, pave what the great F.A. Hayek called "the road to serfdom."

This fight should continue. However, it's time to be equally harsh toward those on the right who want to use state power to control individuals' choices and destroy those with whom they disagree. In America, this illiberalism was visible in many of the policies pushed by former President Donald Trump, including industrial policies riddled with favoritism and hostility to foreign workers and immigrants. It peaked during the last months of his presidency with claims of stolen elections and other conspiracy theories.

Sadly, this right-wing illiberalism has continued with Trump allies pressuring election officials to reverse the result of the 2020 election, and it's found plenty of advocates in Congress. With some exceptions, the Republican Party has turned away from free-market ideas and embraced what can best be described as central planning: more government handouts, a continued affection for crony privileges—including protective tariffs—bestowed on its favorite industries, and a newfound opposition to free speech and enthusiasm for hyperactive antitrust campaigns against industries it doesn't like.

Illiberalism has also taken root among many conservative intellectuals. While there have always been different strains of thinking among neoconservatives, populists, and other thought leaders on the right, these groups increasingly define themselves by their opposition to the left while endorsing policies that are just as terrible.

Certain thinkers would even like to see the government impose a kind of religious order. As Kevin Vallier explained at The UnPopulist Substack, a few have begun embracing the doctrine of "Catholic integralism," which includes ideas that "all political and legal authority comes from God" and that the Church can "call on the state to help advance its mission by directing the state to impose civil punishments for violating church law, such as punishing heretics, among other things."

While this development is alarming on its own, it carries an additional danger. As Shikha Dalmia and Arthur Melzer argued, if the right uses the illiberalism of the left to justify its own—as happened in post-World War I Weimar Germany—America would risk falling into authoritarianism.

Unfortunately, the rise of right-wing authoritarianism isn't unique to America. It's taking root in many countries, including Sweden, Hungary, France, and India.

Sweden's Democrats—a nativist, right-wing party—had so many racists and xenophobes within its ranks that even it had to implement a zero-tolerance policy against such rhetoric. Yet, the country has still turned against immigrants, who are blamed for problems caused by its progressive welfare state.

In Hungary, President Viktor Orban has implemented massively generous welfare payments—like a $35,000 child tax credit for parents with over three children—but also made his ultimate mission to crack down viciously against any left-wing opposition. This has made him a role model for some American ideologues.

In my native France, rising star and presidential candidate Eric Zemmour has been open about his desire to return to a time when the country was run exclusively by and for French folks and immigrants who truly embraced French culture—preferably Christian—and gave their children names such as Jacques, Pierre, and Marie.

So, as I wish you a happy New Year, I also ask you to join me in opposing illiberalism in all its forms. It means opposing the draconian regulation and unsustainable government welfare advanced by the left. It also means opposing rising right-wing illiberalism that is hostile to LGBTQ and immigrant cultures, itches to ban books, and generally wants to use government power to achieve its cramped vision of an American society.

In 2022, Pay Attention to Right-Wing Authoritarianism