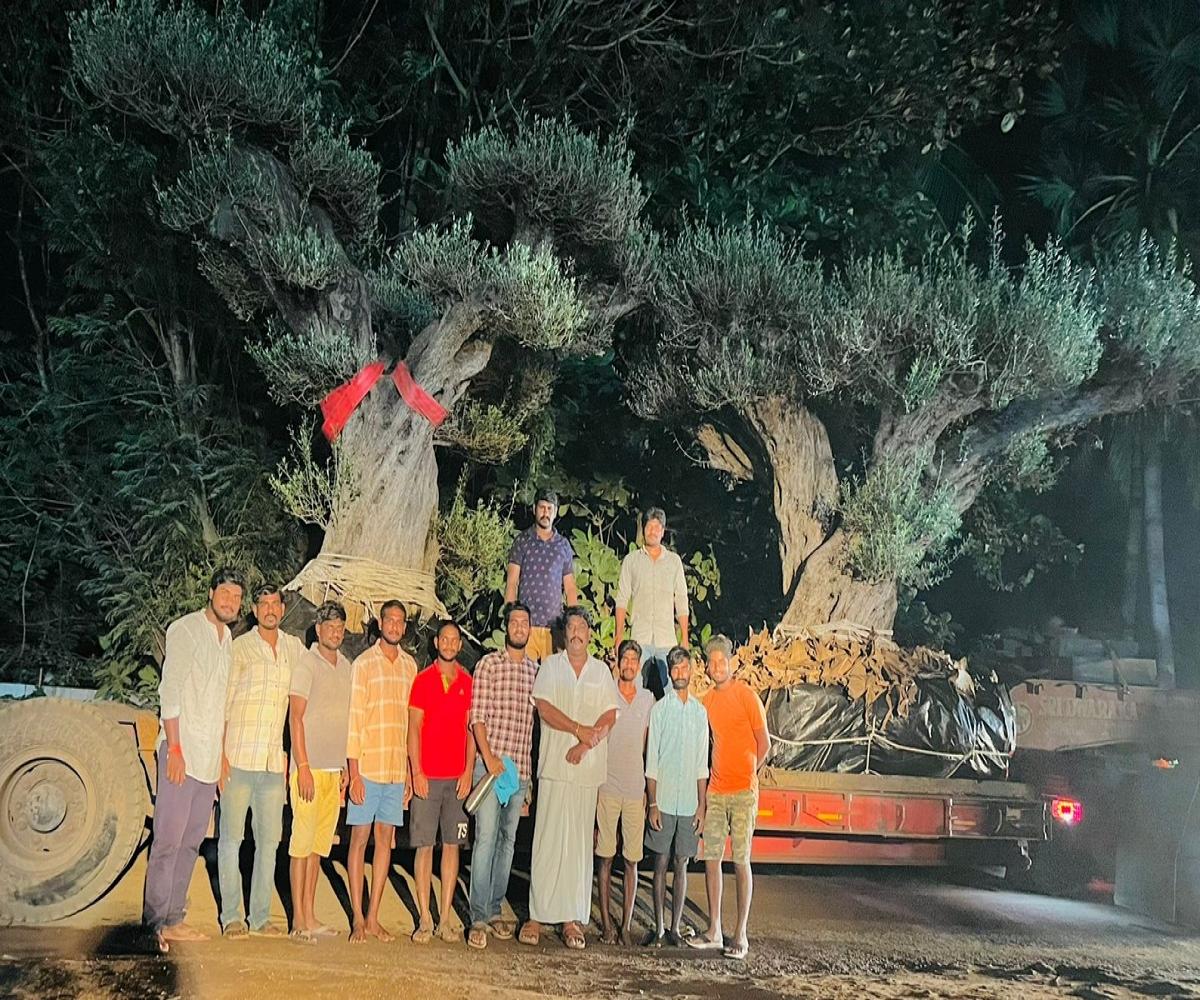 Horticulture
The 180-year-old trees were brought from Spain to Andhra three years ago and nurtured in Gautami nursery in Kadiam.
Paul Oommen

Mukesh Ambani's Jamnagar bungalow will soon house two rare olive trees that were nurtured in an Andhra nursery. The 180-year-old olive trees ( botanical name: Olea Europaea), were brought to Gautami nursery from Spain around three years ago. On Wednesday, November 24, the two large trees were loaded onto a truck and started on a 5-day journey to reach their destination in Gujarat. While Gautami nursery refused to divulge details about how much the trees cost, sources indicate that the Ambanis have spent around Rs 85 lakh, including transportation, on the two olive trees. Margani Veerababu, the proprietor of Gautami nursery in Kadiam, Andhra, said they had received the order around a week ago. "It was an architect who referred us to Ambani. The staff from Reliance placed the order last week. They continuously followed up and told us they wanted the trees on priority. We were told Ambani's son chose olive trees to adorn their new bungalow," he tells TNM. The trees weigh around 2-tonne each, the roots were carefully packed with earth and then covered and protected for their journey. It took a team of 25 people and hydraulic cranes to load the trees onto the modified truck. The vehicle will travel at a speed of 30-40 km/hour due to the heavy load and fragile nature of the trees and hence will take around 5 days to reach Jamnagar. "The Ambanis are developing a zoo and an entire ecosystem is being built. They are collecting rare trees of several species to add to their collection, " says Veerababu. "Olive trees are considered holy and live for very long. The tree is believed to bring prosperity. It is rare to find a tree of this size and structure,” adds Veerababu. Along with the two olive trees, the nursery has also sent a dozen other trees and shrubs, which were loaded onto another truck. The deal has opened up new avenues for the Andhra nursery that is already supplying to several corporate companies, resorts and hotels across the country. Plants from this nursery also adorn the Rajiv Gandhi International Airport in Hyderabad.
Source: thenewsminute.com