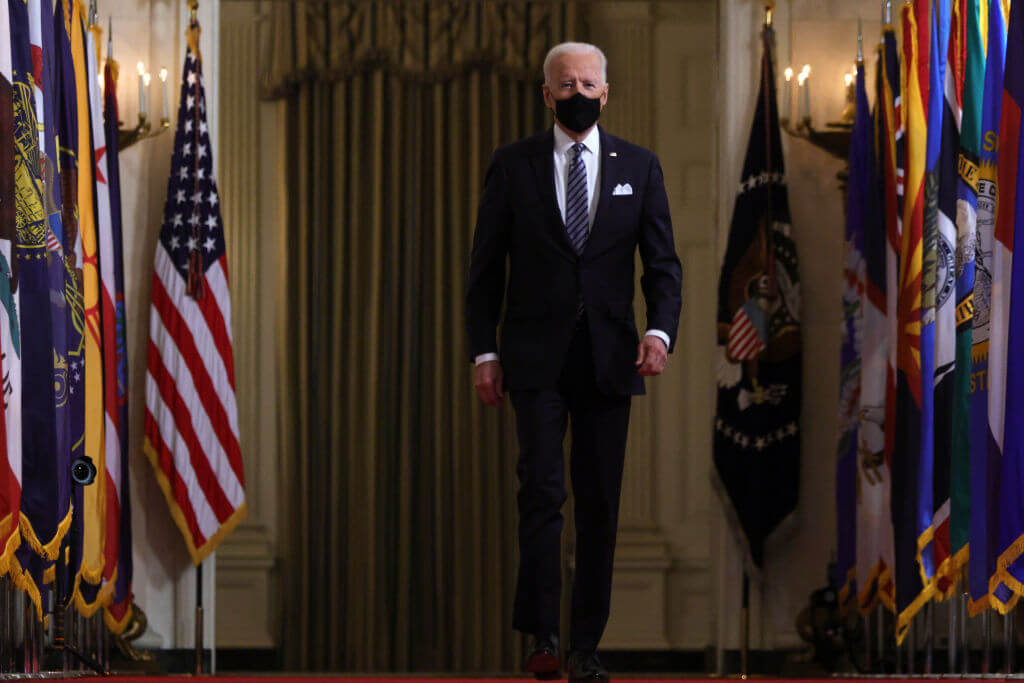 In speech to Congress, Biden bet on democracy. It’s up to America to prove him right | John L. Micek

During his anything-but-typical address to a joint session of Congress on Wednesday night, President Joe Biden used the word “democracy,” over and over again.

Some were run-of-the-mill evocations, as was the case when he spoke of “revitalizing” our democracy — a promise made by more than one more president, and a bromide meant to soothe the nation’s soul. Others were more grave, as when he spoke of the Jan. 6 sacking of the U.S. Capitol, calling it “the worst attack on our democracy since the Civil War.”

But one mention of democracy in Biden’s prime-time address really stood out. It came toward the end, as he spoke of the challenges facing the country as it stares down geopolitical allies who are hoping for our failure as a nation. But he could just as well have been speaking of the forces at home who similarly are hoping for his administration to fail, abetted by the aspiring autocrat in exile in south Florida.

It is reproduced in full below:

“America’s adversaries, the autocrats of the world, are betting we can’t. And I promise you, they’re betting we can’t. They believe we are too full of anger and division and rage. They look at the images of the mob that assaulted this Capitol as proof that the sun is setting on American democracy. But they are wrong. You know it, I know it. But we have to prove them wrong. We have to prove democracy still works, that our government still works, and we can deliver for our people.

There, Biden was speaking both to our current moment and to history.

It’s no secret, as Vox notes, that democracies around the world are under siege, and that the promises of authoritarian regimes are appealing to a certain segment of the population.

Look no further than the surging popularity of French presidential candidate Marine LePen. On Capitol Hill, there are such Trump-aligned Republicans as U.S. Rep. Scott Perry, of Pennsylvania, who recently pushed the repulsive “replacement theory” during a House committee hearing.

Future historians will judge how democratic governments around the world respond to these threats. And the price of failure is high.

During his speech on Wednesday, Biden again appealed to Republicans to join in working to find compromise on the sweeping reimagining of the economy that’s been the hallmark of his first 100 days. But he also made clear that he was ready to move on without them.

“I just want to be clear, from my perspective, doing nothing is not an option. Look, we can’t be so busy competing with one another that we forget the competition that we have with the rest of the world to win the 21st century,” he said, warning that Chinese President Xi Jinping is “deadly earnest on becoming the most significant, consequential nation in the world. He and others, autocrats, think that democracy can’t compete in the 21st century with autocracies, because it takes too long to get consensus.”

He made the same appeal to Americans, particularly those who did not vote for him, to join in that effort, evoking President Franklin D. Roosevelt as he did so: ” … in America, we do our part. We all do our part. That’s all I’m asking. That we do our part, all of us. If we do that, we’ll meet the central challenge of the age by proving that democracy is durable and strong. Autocrats will not win the future. We will. America will. And the future belongs to America.”

In any other time, an American president would not be required to make such an emotional and urgent appeal for his fellow citizens to rally around, and support, the foundational values of our nation, the ones that we drum into our children’s heads in civics class.

But as the last four years, capped off by the eruption of violence and treason at the Capitol on Jan. 6, have shown, these are not ordinary times. And while Biden evoked the memory of America’s 32nd president to make his case, I’ll evoke the memory of another, the 16th, from whom Republicans, who have wandered so far, to make mine.

Speaking in Gettysburg, Pa. on Nov. 19, 1863, President Abraham Lincoln exhorted Americans to ” … highly resolve that these dead shall not have died in vain — that this nation, under God, shall have a new birth of freedom — and that government of the people, by the people, for the people, shall not perish from the earth.”

That’s the debt we owe those we’ve lost during the pandemic; for the American service members who laid down their lives to preserve our democracy. That’s the democracy that Biden bet on Wednesday.

And then, as now, it will take all of us to make sure that American democracy survives.

The post In speech to Congress, Biden bet on democracy. It’s up to America to prove him right | John L. Micek appeared first on Pennsylvania Capital-Star.

In speech to Congress, Biden bet on democracy. It’s up to America to prove him right | John L. Micek