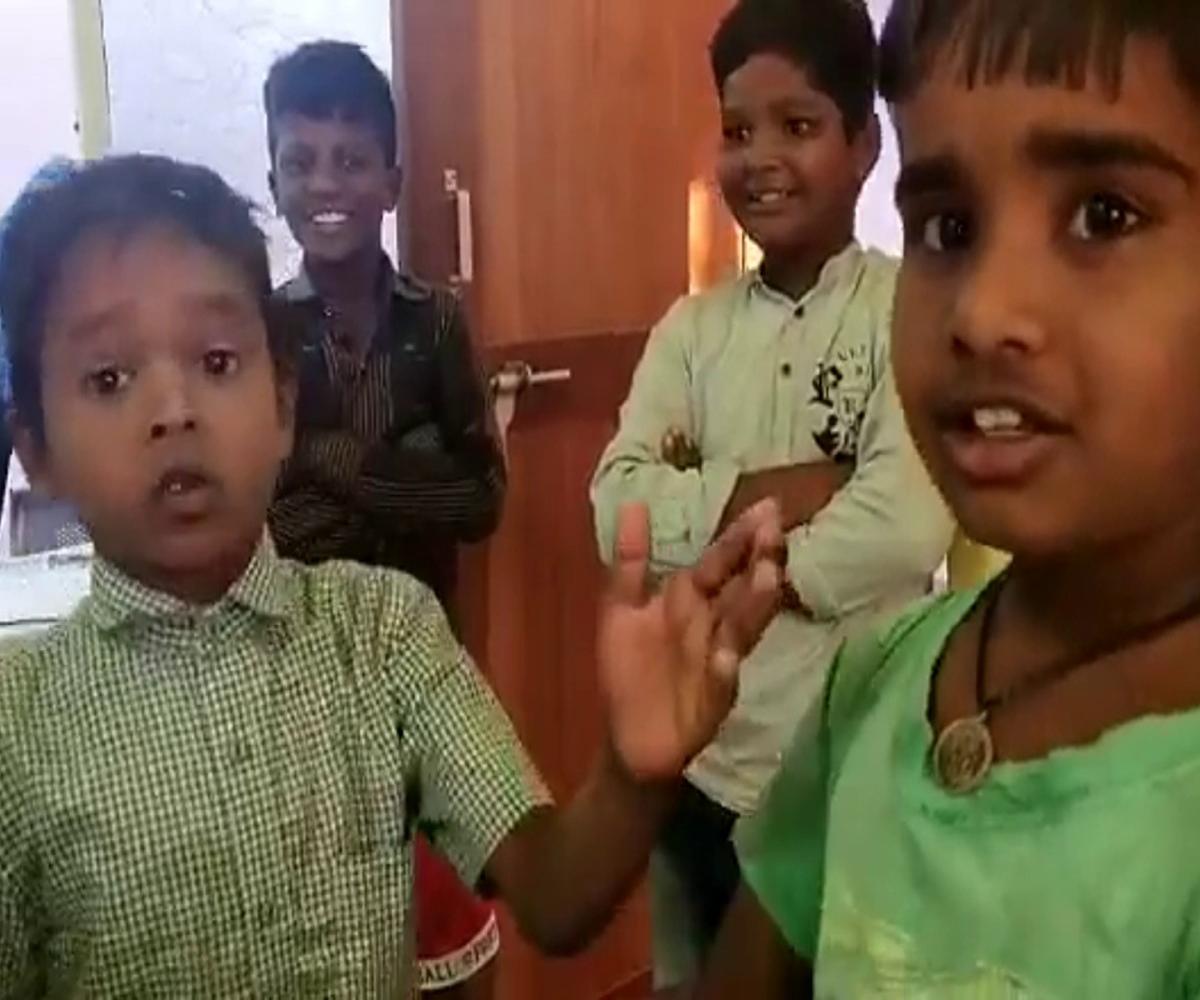 Social
A video of an indignant Hanumanthu animatedly telling the police how his friend 'stole his pencil' has gone viral on social media.
TNM Staff

A screenshot from the viral video
“You should file a case against him every day,” an eight-year-old boy, upset that his friend borrowed his pencil, is heard telling a police officer in Andhra Pradesh's Kurnool district. A video of eight-year-old Hanumanthu indignantly telling the policeman to take action against his friend, who is incidentally also named Hanumanthu, has gone viral on social media. Though the incident is from a few months ago, the video is being widely shared now. The Pedda Kadubur police were going about their work on an uneventful day about three months ago when they heard a commotion outside the police station. The two Hanumanthus, along with a couple of their friends, were having an animated argument over a missing mechanical pencil. “We called them in to explain what the fight was about. That’s when the conversation from the video happened,” Pedda Kadubur Sub-Inspector Srinivas said. “When we were doing homework and playing, he took my pencil!” Hanumanthu is seen telling the police in the video. Responding to the accusation with a smile, the second Hanumanthu insists, “I took it but I also returned it.” Their friends, acting as arbiters, weigh in with their observations, trying to not laugh. The other Hanumanthu then agrees he took leads that are used to fill mechanical pencil, but not the pencil itself. “He loaned the leads to me,” he says, while Hanumanthu agrees, and shows the box of leads. “What do we do about this now?’ the police officer asks, to which Hanumanthu immediately, firmly says, “File a case against him.” Ignoring his friends’ hysterical laughter and the shock on the other Hanumanthu’s face, he goes on to insist that the police take action against the other Hanumanthu. Police said the video was recorded as they convinced the kids to make peace. Amid toothless smiles and giggles, a police officer brokered a compromise. “Have a big heart. Won’t his parents feel bad if we send him to jail?” he told the child, who hesitantly agreed to a truce and shook hands with his ‘nemesis.’ Then the two friends agree and patch up. Watch the video below. ఇది నూతన #రాయలసీమ ! పెన్సిల్ పోయిందని కర్నూలు జిల్లా పెద కడుబూరు పోలీసు స్టేషన్ లో ఫిర్యాదు ! pic.twitter.com/HjDi7BoDO6 — Vishnu Vardhan Reddy (@SVishnuReddy) November 25, 2021
Source: thenewsminute.com