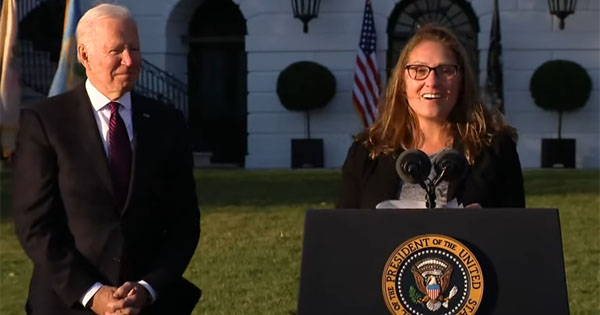 WASHINGTON, D.C. (Nov. 16, 2021) — The Infrastructure Investment and Jobs Act, a monumental political and legislative accomplishment, was signed into law Monday by President Joe Biden. This $1.2 trillion investment in America’s infrastructure after decades of decline is being celebrated by America’s labor movement and its members who are ready to rebuild our country.

No one had a better seat to watch Monday’s historic bill signing than Heather Kurtenbach of Iron Workers Local 86 in Seattle. She was given the honor of introducing President Biden at the event on the White House lawn.

“I’m proud to stand here today and represent the most diverse labor movement in history,” Kurtenbach said. “Nearly half of my local’s apprentices are women or people of color. And this law empowers unions to keep building the middle class — leaving no one behind.”

Kurtenbach’s inspirational journey from Purdy Women’s Correctional Facility in Gig Harbor to her new family — the Iron Workers union — was featured in The Stand in 2016. Since then, she has become Local 86’s ﬁrst, and the country’s ﬁrst, woman to serve as business agent for the Iron Workers union, and has added Organizer and Political Director to her responsibilities.

“I never imagined in a million years that I would be standing here today,” she said, pausing for sustained applause from Monday’s audience. “But that’s what’s great about America and having a president that believes that someone like me should be standing here. On behalf of Local 86 in Seattle and union workers everywhere, for the faith he is placing in us, I am honored to introduce the 46th President of the United States, Joe Biden.”

The Infrastructure Investment and Jobs Act is a tremendous victory for working people in America:

●  $110 billion to rebuild 173,000 miles of roads and 45,000 bridges.
●  $65 billion to expand broadband internet access, particularly in rural areas.
●  $55 billion to make sure Americans have access to safe and clean water, including $15 billion to replace lead pipes.

“There’s much more in the bill, and all of this investment will create good union jobs. That is worth celebrating,” wrote the AFL-CIO in a message to union members on Monday. “Working people didn’t vote for a return to normal; we voted for a better future. And we’re making progress.” 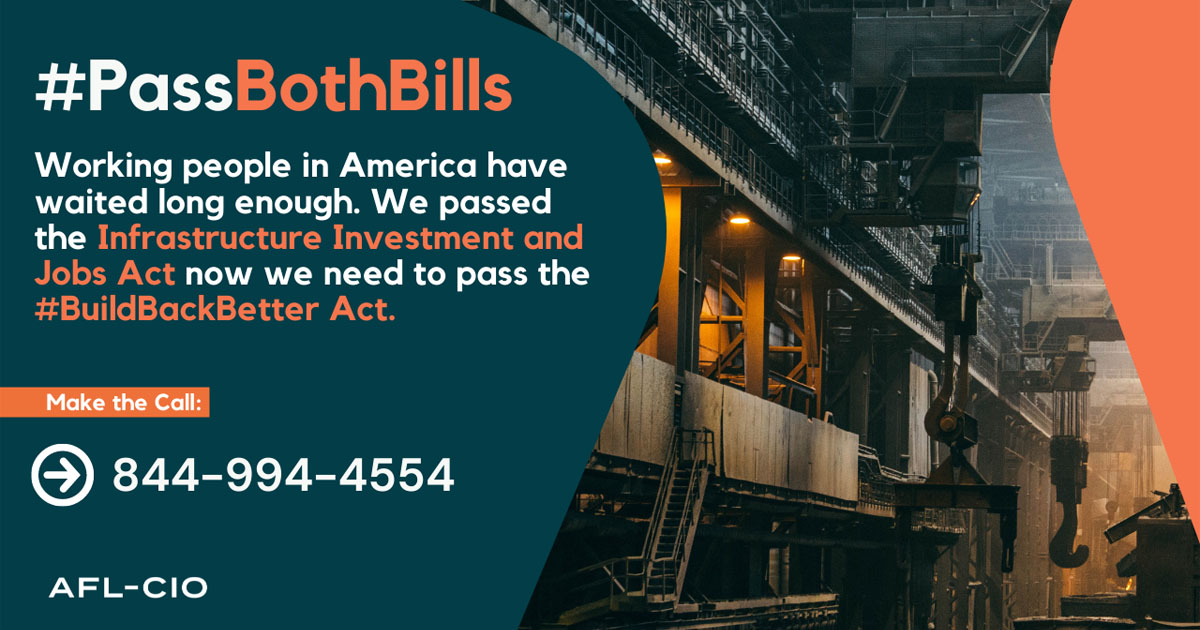 The post Infrastructure Investment and Jobs Act signed appeared first on The Stand.