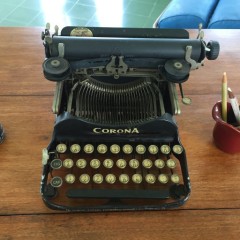 “I’ve got a lot of clarity from the management, and that really helps as a player.” – Aiden Markram

AIDEN Markram has scored just 15 fewer runs in five innings for Sunrisers Hyderabad in this year’s IPL than he did in 14 trips to the crease during bilateral games in South Africa’s recently concluded summer. Does that represent a return to form for the gifted but struggling player, or are matters more complicated than that?

Of course they are, many would say. The India, New Zealand and Bangladesh attacks Markram faced in challenging conditions at home and in Christchurch from December to March — scoring 205 runs with a best effort of 42 in five Tests and four ODIs — were surely of a higher calibre than what he has seen on the IPL’s featherbed pitches and small grounds, where he has made 190 runs, among them two half-centuries.

Batting conditions in the IPL are indeed easier compared to what visiting Test teams would face in India, as would be the case for international white-ball cricket anywhere. But it isn’t true that the bowlers have been short on quality.

Of those Markram faced to score 57 not out off 41 balls against Rajasthan Royals on March 29, only one — Riyan Parag — has yet to earn an international cap. The others were Trent Boult, Prasidh Krishna, Nathan Coulter-Nile, R. Ashwin and Yuzvendra Chahal.

Against Kolkata Knight Riders on Friday, Markram hit an unbeaten 36-ball 68 off André Russell, Aman Hakim Khan, Varun Chakravarthy, Sunil Narine, Pat Cummins and Umesh Yadav. Aside from Aman, all have played at the highest level.

Markram followed that with 41 not out off 27 deliveries against Punjab Kings on Sunday, when he faced Rahul Chahar, Liam Livingstone, Arshdeep Singh, Kagiso Rabada and Vaibhav Arora. Arshdeep and Arora are as yet uncapped internationally, but there’s no disputing the threat posed by the rest.

It’s not just that Markram has piled up, at the IPL, 92.68% of the number of runs he scored for South Africa in 35.71% of the innings he had for them after the 2021 T20 World Cup. It’s also the way he has scored those runs for SRH: with the confidence that was missing as he shambled through his international summer. That version of Markram was a long way from hammering sixes to clinch victory, as he did against KKR — off Cummins, no less — and Punjab.

Markram looked and sounded increasingly mournful playing for South Africa in 2021/22. He couldn’t have come across more differently during a press conference after the Punjab game. “Batting in the middle order in white-ball cricket, you are forced to play the game situation,” a content, smiling Markram said. “I understand my role in the side, and that’s to take it really deep and let our free-stroking players express themselves. I’ve got a lot of clarity from the management, and that really helps as a player. We keep trying to learn and improve as players, so that when we get into positions to win games or set good totals we’re taking the right risks and options.”

No doubt it helps having Tom Moody and Brian Lara among your coaches, and Kane Williamson as your captain. That said, it cannot be claimed that Markram didn’t have the full support of South Africa’s selectors, captains and coaching staff. Despite months of mounting public and media clamour for his axing, he was dropped only after he lashed out in frustration at Taskin Ahmed in the first ODI against Bangladesh and was caught at backward point for a third-ball duck.

So South Africans might be expected to thank the IPL for Markram’s resumption of normal service. Don’t hold your breath waiting for that to happen. The opinion of many cricketminded people in this country is that the IPL takes much but gives nothing in return. In this view, Rabada, Anrich Nortjé, Marco Jansen, Lungi Ngidi, Rassie van der Dussen and Markram himself choosing to play in the IPL this year rather than make themselves available for the Test series against Bangladesh is but the latest example of this sorry trend. Thus the notion that the tournament is instrumental in Markram’s rehabilitation as a key batter would land like a whale in a desert: unbelievable and disbelieved. Try to float that idea and you will be told that the IPL is, among other uglinesses, a garden of exploitation, not Eden.

A more sober theory is that the diminished pressure on players when they appear below the top level means we can’t put much store on franchise cricket as a barometer of form for the international game. For instance, five days before Markram made his duck against Bangladesh he scored 70 off 84 balls for the Titans in a list A match against the Dolphins.

But it is good to see him be Markram again, and to see him score important runs again, and in some style. If that endures throughout the tournament and beyond, and especially if Lara cures his charge’s new and worrying habit of opening his stance more than he used to and more than is wise, even South Africans will put their IPL disapproval on hold.