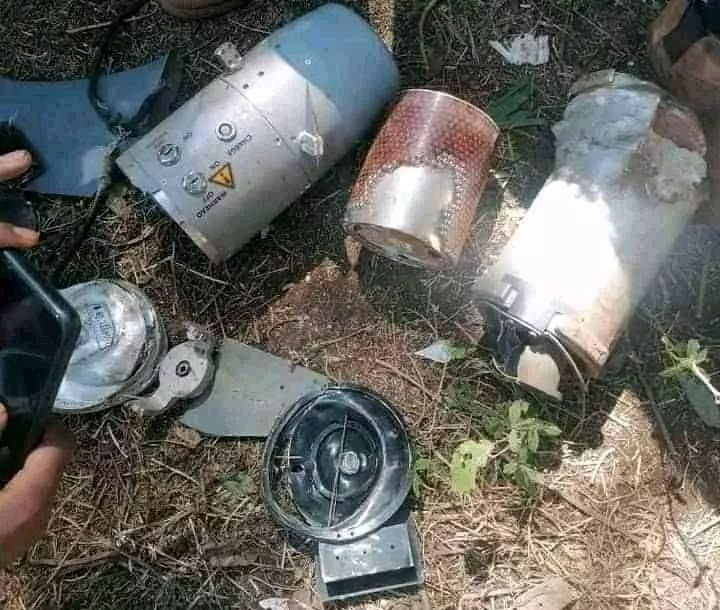 By Stijn Mitzer and Joost Oliemans
Not even a week after our earlier revelation that Wing Loong I armed drones operated by the United Arab Emirates over Tigray have possibly been involved in series of airstrikes on the town of Alamata that caused the deaths of dozens of civilians, Iranian unmanned combat aerial vehicles (UCAVs) are now implicated in the same act. [1] New photographs depict the remains of an Iranian Ghaem-5 precision-guided munition (PGM) encountered near the town of Gidami in the Oromia Region in Ethiopia. [2] Although the drone strikes are reported to have resulted in the destruction of civilian infrastructure and the killing of civilians, these reports have not been independently verified. [2]
The Ethiopian Air Force (ETAF) operates at least two Mohajer-6 UCAVs acquired from Iran in August 2021. [3] Unfortunately for the embattled Ethiopian military at that time, the type suffered from problems in their control systems and it would only be in late October 2021 when the Mohajer-6s could finally commence regular combat operations. [4] While intially stationed at Semera airport in northeastern Ethiopia, at least one Mohajer-6 has recently been sighted at Harar Meda air base, where the nine Chinese-made Wing Loong I UCAVs present in the country are currently also stationed. [5]
The Mohajer-6 can carry an effective payload of up to 40kg of ordnance, which would consist of two to four Ghaem-5 precision-guided munitions (PGMs) respectively. The endurance of the Mohajer-6 is claimed to be 12 hours with a maximum flight altitude of around 5.500 metres. [9] The manufacturer of the system claims an operating range of 200km. [6] As this range is insufficient to reach Gidami from either Harar Meda or Semera airport, it is possible that the Mohajer-6s have been forward deployed to another airport in the region.
Parts of the Oromia Region of Ethiopia, where the Mohajer-6s evidently have been active, are in conflict with the government of Prime Minister Abiy Ahmed. The Oromo Liberation Army (OLA) formed an alliance with Tigray People's Liberation Front (TPLF) in August 2021 to form a unified front against the Ethiopian government. Although the conflict in Ethiopia is generally believed to be between the Ethiopian government and the TPLF, various parties located throughout the country are at war with each other. This does much to complicate the overall situation and decreases the likelihood of a peace agreement.
As Tigray forces have withdrawn all troops from the Amhara and Afar regions, it can be argued that the best time for peace negotiations is right now. The continuation of airstrikes doesn't bode well for the future of the peace process in Ethiopia however, and putting an immediate halt to them could be a first step on the long road peace in Ethiopia.
Special thanks to Saba Tsen'at Mah'derom.
[1] UAE Implicated In Lethal Drone Strikes In Tigray https://www.oryxspioenkop.com/2022/01/uae-implicated-in-lethal-drone-strikes.html
[2] https://twitter.com/Habtamu30820631/status/1479083838215274502
[3] Iranian Mohajer-6 Drones Spotted In Ethiopia https://www.oryxspioenkop.com/2021/08/iranian-mohajer-6-drones-spotted-in.html
[4] Unfit For Service: Ethiopia’s Troublesome Iranian Mohajer-6 UCAVs https://www.oryxspioenkop.com/2021/11/unfit-for-service-ethiopias-troublesome.html
[5] Iranian Mohajer-6 UCAVs Deploy To Harar Meda Air Base In Ethiopia #Shorts https://www.oryxspioenkop.com/2022/01/iranian-mohajer-6-ucavs-deploy-to-harar.html
[6] https://twitter.com/brokly990/status/1256994704568258562 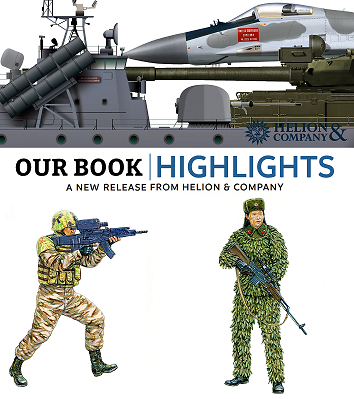