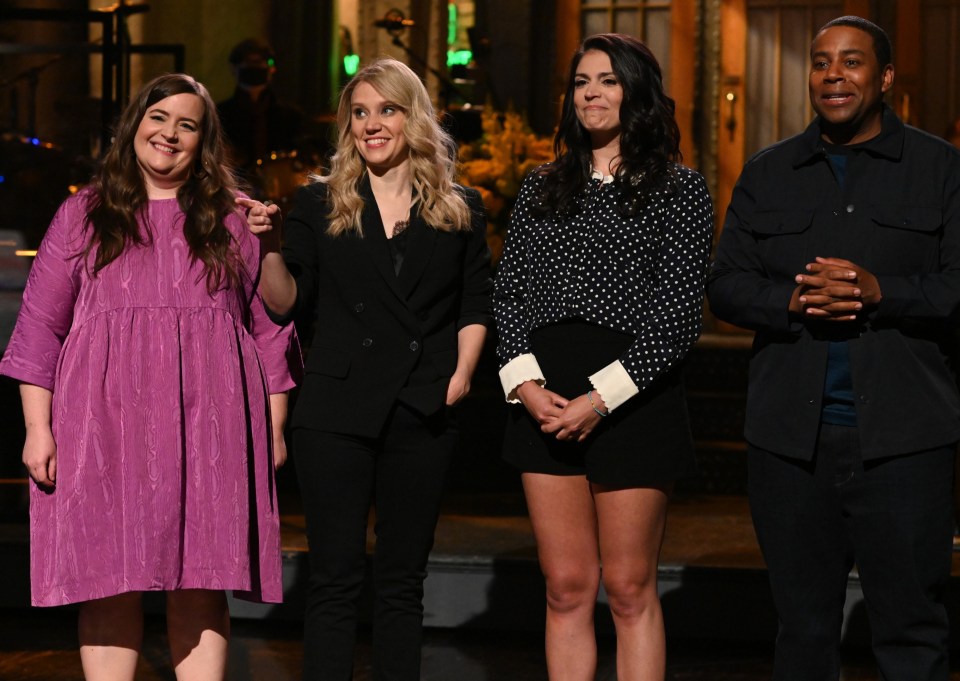 KATE McKinnon has become one of the top female comedians since joining Saturday Night Live but fans are speculating that she may had her final curtain call.

McKinnon joined SNL in 2012 for season 38 alongside Cecily Strong and Aidy Bryant.

Replacing the usual cold open sketch, the cast opened the season finale reflecting on this “crazy” past year in, “What I remember about this year.”

McKinnon stood on stage with Strong, Bryant, and Thompson as she tearfully recounted, “This was the year,” she began before briefly pausing as she teared up, “We realized we’re more than just a cast, we’re a family.”

McKinnon’s emotional moment sparked rumors that she may be leaving the show that shot her to fame.

According to Deadline, the comedian has been contemplating leaving the show for a couple of years now and hinted that she may be done in an interview with Variety.

SNL closed out the season on May 22, 2021 with host Anya Taylor-Joy[/caption]

“It’s like this thing….that you never do leave. It’s such a family and such an institution. … My heart will never leave, and people come back and pop in and do things.”

What has Kate McKinnon done outside of SNL?

Since starting at SNL nine years ago, McKinnon has risen to fame as one of the top female comedians in the industry and has made her way to some more serious roles.

McKinnon has stayed very active during her time on the show starring in several Hollywood blockbusters.

One of her biggest roles was Dr. Jillian Holtzmann in the female-led 2016 Ghostbusters film alongside fellow SNL stars and alumni Melissa McCarthy, Kristin Wiig, and Leslie Jones.

That same year she starred in the R-rated comedy Office Party going on to play Mila Kunis’ comedic best friend in the 2018 comedy The Spy Who Dumped Me.

Showing off her acting chops outside of comedy in 2019, McKinnon played the intense music producer in the romantic comedy Yesterday and the closeted lesbian in the biographical drama Bombshell.

She also had several voice-overs gigs in popular shows such as The Magic School Bus, Nature Cat, The Simpsons, and Family Guy.

Who else is leaving SNL?

Viewers also questioned if the season 46 finale was a send-off for Strong and Pete Davidson.

Strong brought back her popular impression of Judge Jeanine Pirro and belted out “My Way” during the Weekend Update.

Everything to know about Kate McKinnon on SNL

What Pete Davidson said about Chrissy Teigen on SNL

What to know about SNL host's salaries

What to know about May 15's episode of SNL

Davidson also seemed to bid the show farewell during the Weekend Update when he thanked viewers saying, “It has been an honor to grow up in front of you guys.”

Strong joined the cast on SNL with McKinnon in 2012 for season 38.

Davidson joined the show two years later in 2014 as one of the youngest cast members in the show’s history.