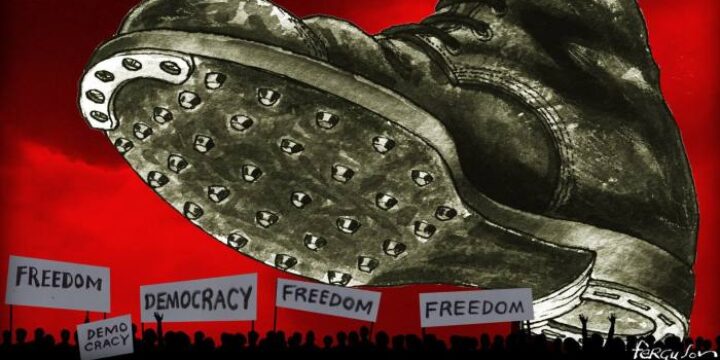 Is Leftist Authoritarianism A Thing Or Not? 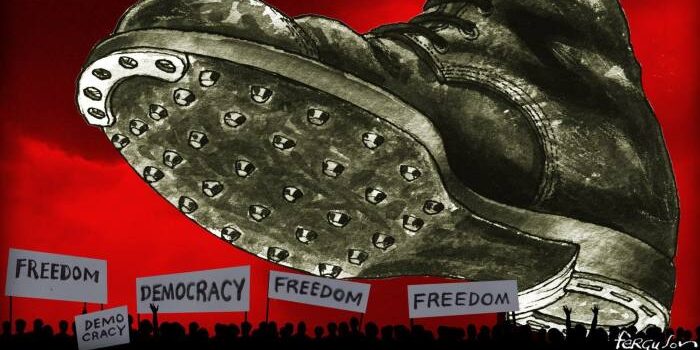 In a previous discussion, I was…chastised…for my ongoing declarations that the left in the US isn’t authoritarian. The content of that discussion came off as misdirecting “whataboutism” – but that doesn’t mean the underlying idea is inherently wrong. While I might prefer the right to own their own stuff, too many won’t yet. The right side of American politics is definitely leaning authoritarian, but that’s not why I wrote this.

So is the left in America authoritarian? Does it contain authoritarian elements? Am I just in my own little bubble?

As you might expect, I went looking for data to inform my response. And there’s not much there. Sally Satel has a piece in the Centerist Atlantic on the one research study done so far:

An ambitious new study on the subject by the Emory University researcher Thomas H. Costello and five colleagues should settle the question. It proposes a rigorous new measure of antidemocratic attitudes on the left. And, by drawing on a survey of 7,258 adults, Costello’s team firmly establishes that such attitudes exist on both sides of the American electorate.

Costello and his colleagues administered their new LWA index and Altemeyer’s original RWA scale. Some differences emerged between left-wing and right-wing authoritarians; the former were more open to new experiences and more receptive to science than the latter, for example. Yet the new research documents a large overlap in authoritarian structure—a “shared psychological core,” as the authors put it—between high scorers on their new LWA index and Altemeyer’s original RWA scale, which they also administered. The authoritarian mentality, whether on the far left or far right, the authors conclude, exerts “powerful pressures to maintain discipline among members, advocate aggressive and censorious means of stifling opposition, [and] believe in top-down absolutist leadership.”

So yes, I was wrong. Authoritarianism exists on the left. Take your victory and run with it . . .

It will be a short lap however:

I asked Costello whether left-wing and right-wing authoritarians exist in equal proportions. “It is hard to know the ratio,” he said, making clear that a subject’s receptivity to authoritarianism falls on a continuum, like other personality characteristics or even height, so using hard-and-fast categories (authoritarian versus nonauthoritarian) can be tricky. “Still, some preliminary work shows the ratio is about the same if you average across the globe,” he said. In the U.S., though, Costello hypothesizes that right-wing authoritarians outnumber left-wing ones by roughly three to one. Other researchers have concluded that the number of strident conservatives in the U.S. far exceeds the number of strident progressives and that American conservatives express more authoritarian attitudes than their counterparts in Britain, Australia, or Canada.

Now, that’s a testable hypothesis, and one hopes someone tests it. My back of the envelope estimates shows me that if 26% of Americans are “highly right wing authoritarian” then that means only 8.7% of Americans are leftwing authoritarians. That’s not even close to a driving force in national politics. And it means the Biden Administration policies are nowhere close to that line.

So why then are Republicans and conservatives so hard over on “the left wing authoritarianism is the REAL threat?”

One of the egregious lies that has taken root throughout society, and remains persistent today, is the false notion that dictatorships and fascism are associated with the left.

Once again, this is the exact opposite of the truth. Dictatorships and fascism are right-wing, not left-wing.

This “Big Lie” grew out of the aftermath of World War II and the emergence of the Cold War in the extreme backlash against communism and the Soviet Union. This was the era of the “Red Scare” and lying Republican demagogue Joe McCarthy, a U.S. senator from Wisconsin, who falsely smeared innocent liberals as being dangerous communists, destroying their careers and lives. This period ranks among the most shameful in American history.

More simply put, the cast of centrist Democratic politics as “socialism” is a defense mechanism that allows Republicans to run away from “The truth is that left-wing policies, broadly speaking, are popular and beneficial to society, while dictatorial regimes are right-wing, with policies that are unpopular and horrendous for society.” Meaning you can add $1.7 Trillion to the deficit for a decade to support billionaires and corporations, but if you want to add $250 Billion to the same deficit to support working people through things like universal pre-K, paid parental leave, prescription drug price controls via negotiation for Medicaid, or actually funding in home health care, you are doing something morally wrong because “socialist dictators” do that sort of thing. As if that makes it somehow wrong.

So what we do we do about this case perception versus reality? I think Democrats are on the right track by passing laws that begin to tilt the balance back towards labor. Sure, they aren’t going to make that 8.7% of leftist authoritarians happy, but they won’t make the right wingers happier either. And that usually mean you are doing the right thing.

Is Leftist Authoritarianism A Thing Or Not?