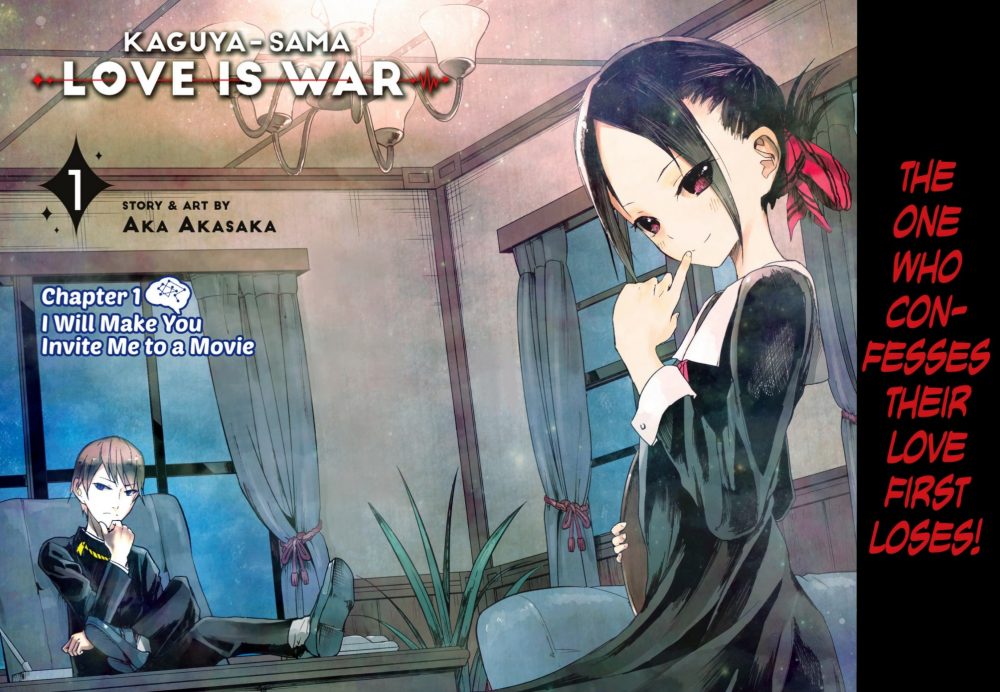 Is the Kaguya-sama Manga Worth Reading?

The Kaguya-sama: Love is War manga is translated from the Japanese by Emi Louie-Nishikawa

Created, written, and drawn by mangaka Aka Akasak, the Kaguya-sama manga (Kaguya-sama: Love is War) is a slice of life manga that pits two proud and brilliant, but socially inept, teenagers against one another.

It’s a simple premise that works brilliantly because of its simplicity. The success and hilarity of the Kaguya Sama manga stems from Aka Akasaka’s ability to consistently find new, sometimes absurd, sometimes relatable situations for our protagonists to overcome.

The question is: should you read the Kaguya-sama manga if you are 1) a fan of the Kaguya-sama: Love is War anime adaption or 2) a complete newbie to Aka’s world and interested in starting with the original manga?

We’ll answer the second question first but, before that, what is the Kaguya-sama: Love is War manga about?

What is the Kaguya-sama Manga About?

Kaguya-sama: Love is War (Kaguya-sama wa Kokurasetai: Tensai-tachi no Ren’ai Zunōsen) is a slice-of-life romantic comedy that reliably delivers on the comedy with every passing chapter, while drip-feeding us the romance bit by bit.

The titular Kaguya-sama — Kaguya Shinomiya — is a teenage high school girl; daughter of the head of the Shinomiya Group. They own half the industries and infrastructure in Japan. As such, she is rich, spoiled, and naive.

Her crush/competitor is Miyuki Shirogane, an ordinary boy from an ordinary family who happens to be one of the smartest (on paper) kids in Japan. He is their school’s student council president, and she is his vice president.

As lead members of the student council, our protagonists spend a lot of time together in a private office space, doing… council things. But mostly playing mind games with one another.

Both Kaguya and Miyuki are proud and naive teenagers with a poor handle on love and affection. They each fancy the other but refuse to admit it, believing that whoever makes the first move will appear weak in the eyes of the other, and of society at large.

And so we have our hook: two young people, smart and pretty, proud and socially inept, each attempting to avoid declaring their love for the other while playing twisted games that will force the other into making the first move.

We also have a supporting cast of characters that begins small and grows gradually over time. This very slow growth works brilliantly because, while the chapters of the Kaguya-sama manga are short, the pace of the wider romantic arc is slow.

Most chapters are self-contained miniature conflicts between Kaguya-sama and Miyuki. They often feature supporting characters but the focus is almost always on the tactics and actions of our stubborn but endearing lovebirds.

Because the comedy comes first, the romance of the Kaguya-sama manga moves at a snail’s pace. This may seem like a bad thing but our mangaka has a problem: once our protagonists finally get together, the manga’s core drama is done.

This means that we have a romantic comedy manga that’s mostly comedy, with the romance taking baby steps every so often. And those little moments of almost-romance hit all the harder because of their infrequency.

Luckily, the Kaguya-sama manga really is hysterical. Increasingly so, in fact. It starts off funny and, once Aka finds his feet as a storyteller, it only becomes more brazen and confident in its execution.

The timing gets better; the art tightens up and better supports the comedic punchlines; the absurd moments become grander and louder; the quieter moments become more subtly and nuanced. It’s a manga that grows as a comedy while progressing as a romance.

If you’re interested in the Kaguya-sama manga or its anime adaptation, you should have no reservations in checking it out. Kaguya-sama: Love is War is fantastic in both mediums.

Comedy manga can be hit-or-miss (see Komi Can’t Communicate) but this one nails every single joke it sets up. The consistency of its comedy really is so admirable.

Our characters are equally flawed, sometimes problematic, always adorable, likable, subtly different but also eerily similar. And we also have some of the most charming supporting characters to enjoy as well, often moreso than Kaguya and Miyuki.

It’s also nice to see a male mangaka handle his women characters well. He is a generally unproblematic writer of women, which is always a relief to see! There is some “male gaze” stuff in there but it’s often used more for comedy than anything else.

If you’ve never read the manga or seen the anime, however, should you dive into the Kaguya-sama manga first or go right for the anime?

The Kaguya-sama manga has received a very faithful anime adaptation. In many ways, the anime improves on its source material.

One of those ways is through its voice acting. The Japanese voice cast of Kaguya-sama: Love is War is outstanding. From our main cast to minor supporting characters, they are all stellar.

One important character in the Kaguya-sama manga and anime is the narrator, and while he feels like more of a character in his own right in the manga, the anime’s voice actor really delivers with every single episode.

Due to the sheer strength of the anime’s voice cast, the comedy beats often hit even harder in the anime. It takes the bombastic punchlines of the manga and dials them up to eleven, with blasts of colour and pitch-perfect vocal deliveries from its voice cast.

One downside to the anime, however, is the way it handles exposition dumps. In the manga, the narrator hands this easily, filling single panels up with commentary that elevates the humour of the scene.

The anime takes time to deliver the same commentary and that extra time can actually cause the humour to lose momentum.

For fans of the Kaguya-sama: Love is War anime, turning to the manga can be a tough sell. The anime really is a tremendous and faithful adaptation. The biggest difference is that chapters have occasionally been reorganised (and this actually improves on the story).

And, because the anime is fairly faithful to the manga, you don’t need to worry about feeling lost in the switch from anime to manga.

The anime retains the original work’s charm, tone, and wit. The animation is also, at times, very strong, especially in the show’s most bombastic moments.

We also can’t overlook the anime’s consistently outstanding OPs, both in terms of their kaleidoscopic visuals and their gorgeous, catchy jazz-pop tracks.

In the end, the choice is yours. You know whether or not you’re more of a manga fan or an anime fan. If you love the Kaguya-sama: Love is War anime and you’re hankering for more, the manga will not let you down.

If you’re completely new to the world and characters of Kaguya-sama: Love is War, you simply need to ask yourself how you’d prefer to enjoy your slice of life comedy: as a manga or an anime. The choice is yours!

Is the Kaguya-sama Manga Worth Reading?