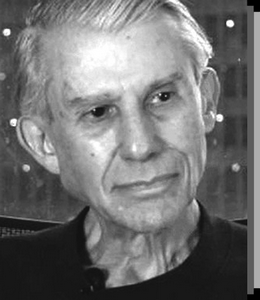 Like the US and other Western states, Israels self-proclaimed “democracy” is pure fantasy — a notion these nations abhor and tolerate nowhere.

Both regime’s earlier terrorized and repeat the practice today against unwanted people considered subhumans, forcing them to endure virtually every type indignity, degradation and crime against humanity.

The International Court of Justice (ICJ) affirmed self-determination as an inviolable right.

The 1960 Declaration on Colonialism, condemns it “in all its forms and manifestations.”

The 1973 Apartheid Convention calls this practice state-sanctioned discriminatory racism that’s “committed for the purpose of establishing and maintaining domination by one racial group of persons over any (an)other…and systematically oppressing” its people.

Apartheid is an international crime.

The 1998 Rome Statute of the International Criminal Court calls it a crime under the Court’s jurisdiction.

Despite decades of flagrant Israeli guilt, accountability was never forthcoming.

Former UN Special Human Rights Rapporteur for Occupied Palestine, Richard Falk, earlier said “Israel is guilty of the crime of apartheid in relation to the Palestine people should be taken with the utmost seriousness by all those who affirm human solidarity and care about making visible the long ordeal of a suffering and vulnerable people.”

Days earlier, B’Tselem called Israel “(a) regime of Jewish supremacy from the Jordan River to the Mediterranean Sea.”

“This is (the ugly face) of apartheid,” it stressed, adding:

Israel and the Occupied Territories are controlled by its ruling regimes “under a single principle: advancing and cementing the supremacy of one group – Jews – over another – Palestinians.”

Jews worldwide can freely emigrate to Israel and be granted citizenship.

Palestinians are forced to live in  isolated bantustans where they’re denied free movement and virtually all other human and civil rights.

Over 90% of what Israel illegally considers its sovereign territory is stolen and state controlled.

It’s used for exclusive Jewish development and use, displaced Palestinians prevented from returning to what’s rightfully theirs.

Land once owned by Palestinians for millennia is off-limits to them now.

Gaza is the world’s largest open-air prison — terror-bombed and invaded at Israel’s discretion with impunity.

The world community and world body systematically turn a blind eye to its high crimes of war and against humanity.

Israelis have free movement internally and cross-border for foreign travel, their right to return protected by Israeli law.

Internal Palestinian movements are greatly constrained. If cross into the territory of a neighboring state, their right of return home can be denied.

Movement in and out of Gaza is strictly prohibited.

In the West Bank and East Jerusalem, it’s greatly restricted for Palestinians by checkpoints and other apartheid practices.

They cannot participate in virtually everything that governs and controls their lives and well-being.

“A regime that uses laws, practices and organized violence to cement the supremacy of one group over another is…apartheid” ruthlessness B’Tselem stressed, adding:

“The harsh reality (of what’s gone on for decades) may deteriorate further” ahead.

“Fighting for a future based on human rights, liberty and justice is especially crucial now.”

“There are various political paths to a just future here, between the Jordan River and the Mediterranean Sea, but all of us must first choose to say no to apartheid.”

The views expressed in this article are the sole responsibility of the author and do not necessarily reflect those of the Blog!
Source: uprootedpalestinians