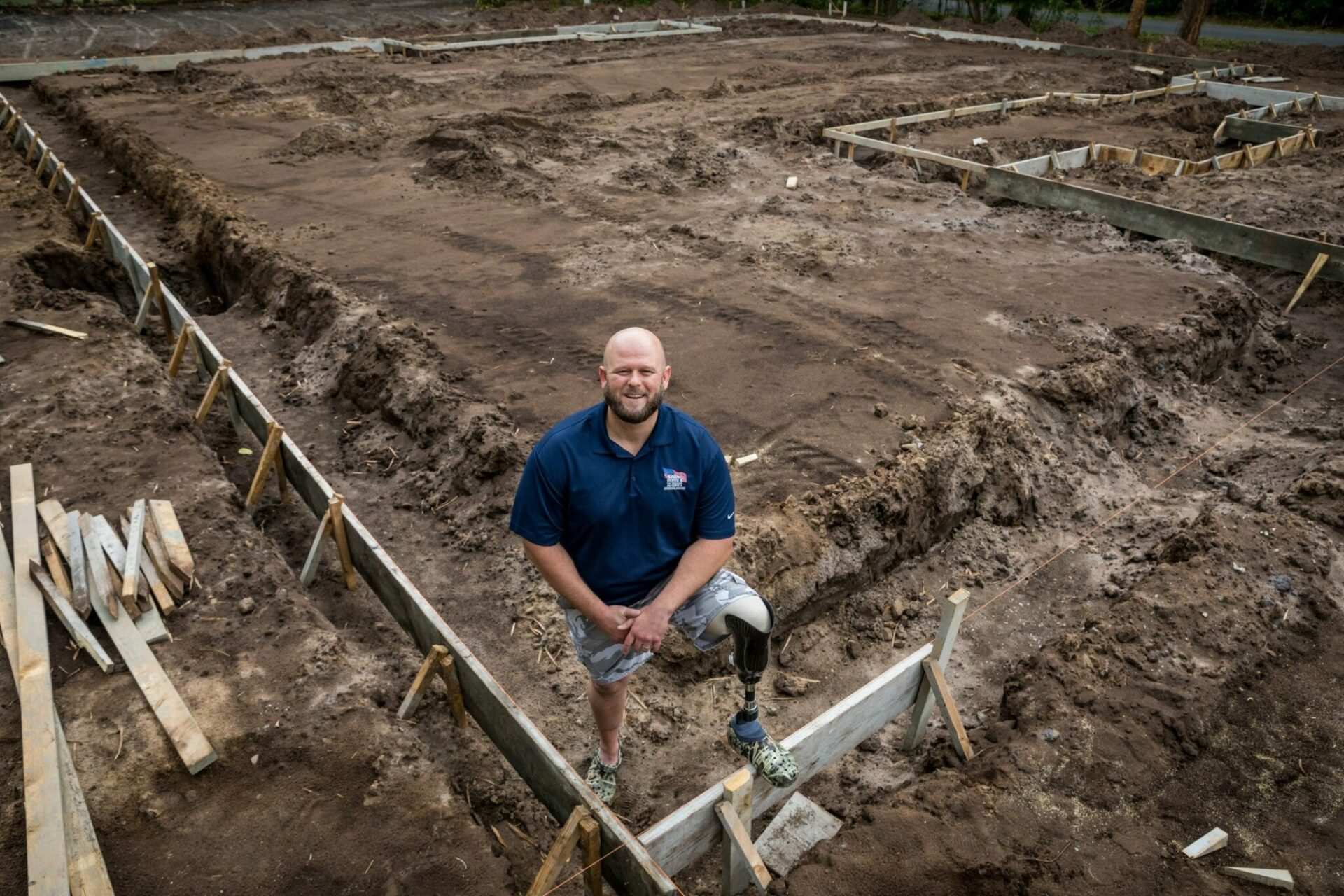 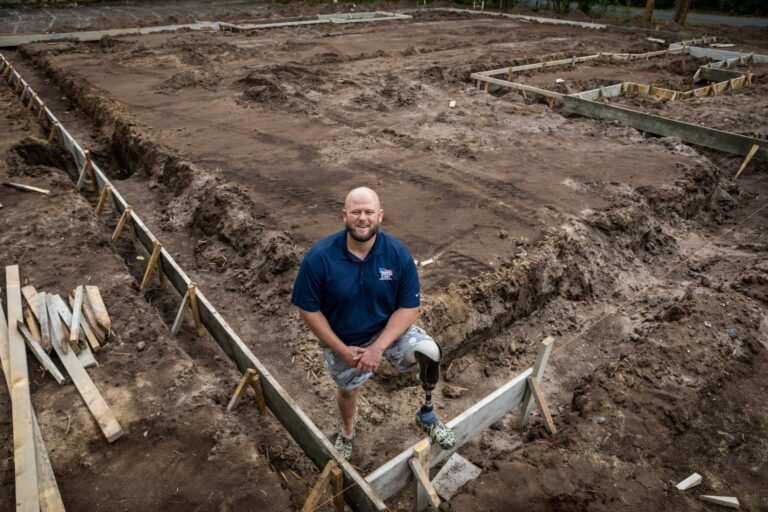 Standing on a vacant lot in Jupiter Farms, retired U.S. Army Sgt. Justin Callahan surveyed the location that in a few months will be his family’s new home.

Through a program designed to help wounded veterans, a specially adapted home is being built for Callahan, who lost left leg in a explosion 17 years ago while serving in Afghanistan.

The house is being provided mortgage-free through Homes For Our Troops, a publicly funded nonprofit that builds and donates specially adapted homes to severely injured post-9/11 veterans.

Callahan’s home, near Jupiter Farms Park, is in the beginning stages of construction. It will have special amenities such as a wheelchair-accessible shower, widened doorways and closets and lower countertops. It is due to be completed in August.

“It will make things a lot easier,” said Callahan, 39. “For the past going on 18 years, I’ve been getting in and out of the shower on one leg. … The kitchen, the whole floor plan, is open. I will be able to get around the house a lot easier.”

Callahan, at the encouragement of his wife, Katie, applied for the home four years ago and was approved after undergoing a lengthy interview process. The property was purchased in 2018, but the start of construction was delayed by home building projects for other veterans as well as by the coronavirus pandemic.

Since its inception in 2004, Massachusetts-based Homes For Our Troops has built specially adapted homes for more than 300 veterans across the nation.

“It’s a huge blessing,” Callahan said. “I’m still processing it. We were accepted into the program almost four years ago and to see it actually starting to happen now is kind of surreal.”

The couple and their young sons, Callum and Connor, currently live in suburban Lake Worth, near Lake Charleston. Justin and Katie are expecting a third child in July. Callahan said he and Katie selected the Jupiter Farms site because of its remote and serene location.

“Being out in the country is very peaceful,” Callahan said. “It’s very quiet out there. … It just felt more peaceful than being in a big city or a congested area.”

A native of Syracuse, New York, Callahan served in the Army for four years, enlisting at the age of 18 in 2000 after a semester of community college.

“I just felt like I wanted to do a little bit more than go to school at that time and wanted to serve the country and be part of the military, so I decided to enlist,” he said.

He served in Korea before deploying to Afghanistan in 2003 as a combat engineer. Callahan vividly recalled the day that would forever change his life.

On Jan. 15, 2004, he was conducting clearance operations outside Bagram Airfield in Bagram, Afghanistan, when an improvised explosive device detonated.

“I remember I was walking about 10 feet behind a Humvee in the tire tracks in a route that had already been cleared,” he said. “The next thing I was tossed in the air – they say about 20 feet. I just remember a bunch of dirt falling on top of me. My body went into shock.”

Callahan’s left leg was amputated. He underwent several surgeries and months of physical therapy at the Walter Reed National Military Medical Center in Bethesda, Maryland, before receiving a medical discharge in May 2004.

Since leaving the military, vet has worked to help other vets return from service

After leaving the military, Callahan spent time working for nonprofits helping other veterans blend back into society. He and Katie married in 2015 and Callahan continued his education at Florida Atlantic University, where he earned a master’s degree in social work.

He currently is a social worker at the West Palm Beach VA Medical Center. Callahan said there are days where it is difficult for him to walk on his prosthetic limb, and the new home will give him more freedom.

“You never think something like this could happen to you, let alone somebody you know,” he said. “It has a big impact on me because I got out of the military in 2004 and kind of slipped through the cracks.

“For Homes For Our Troops to come back years later and award me this home, it means a lot to me. It’s kind of like leaving no man behind.”