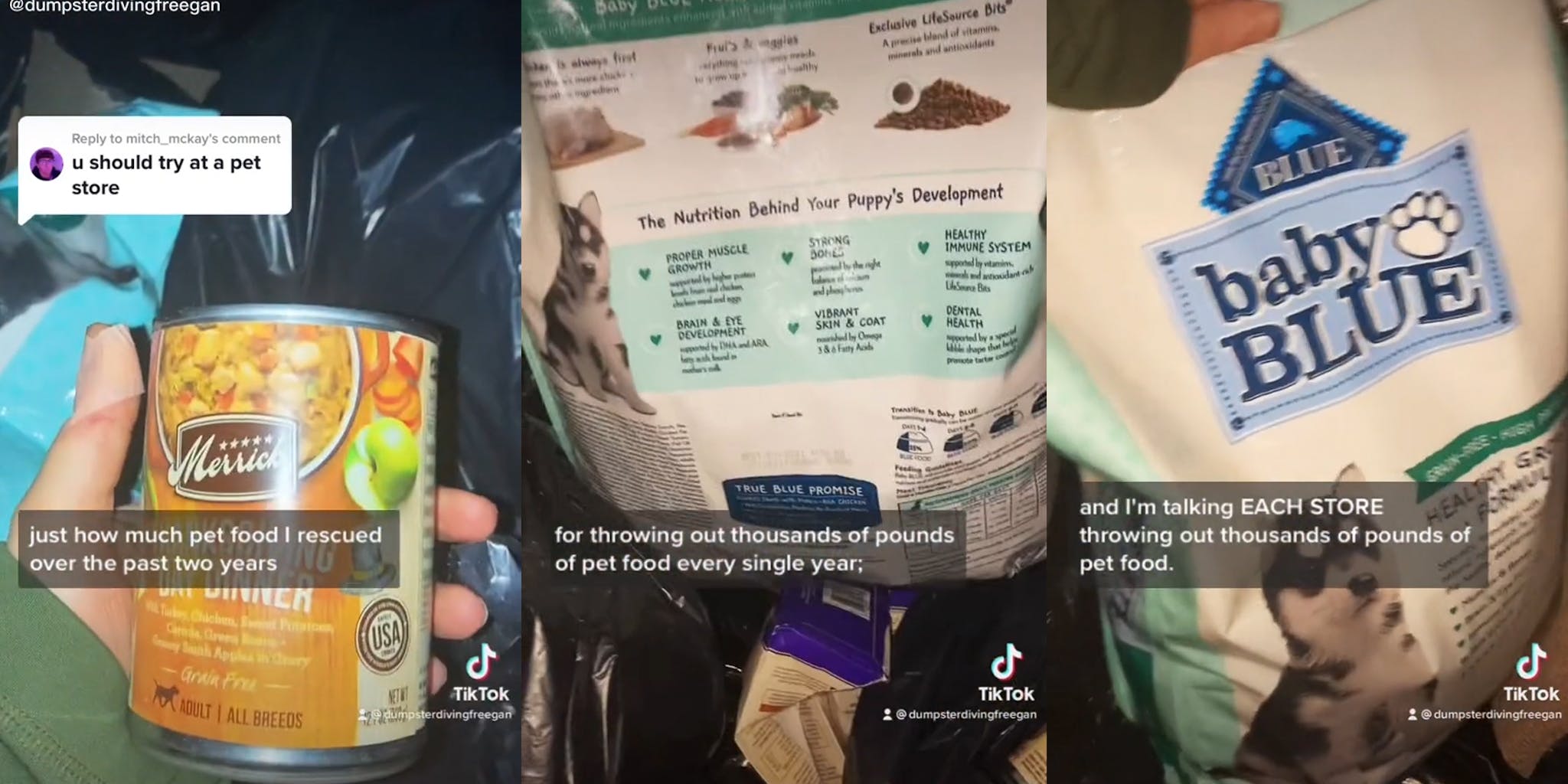 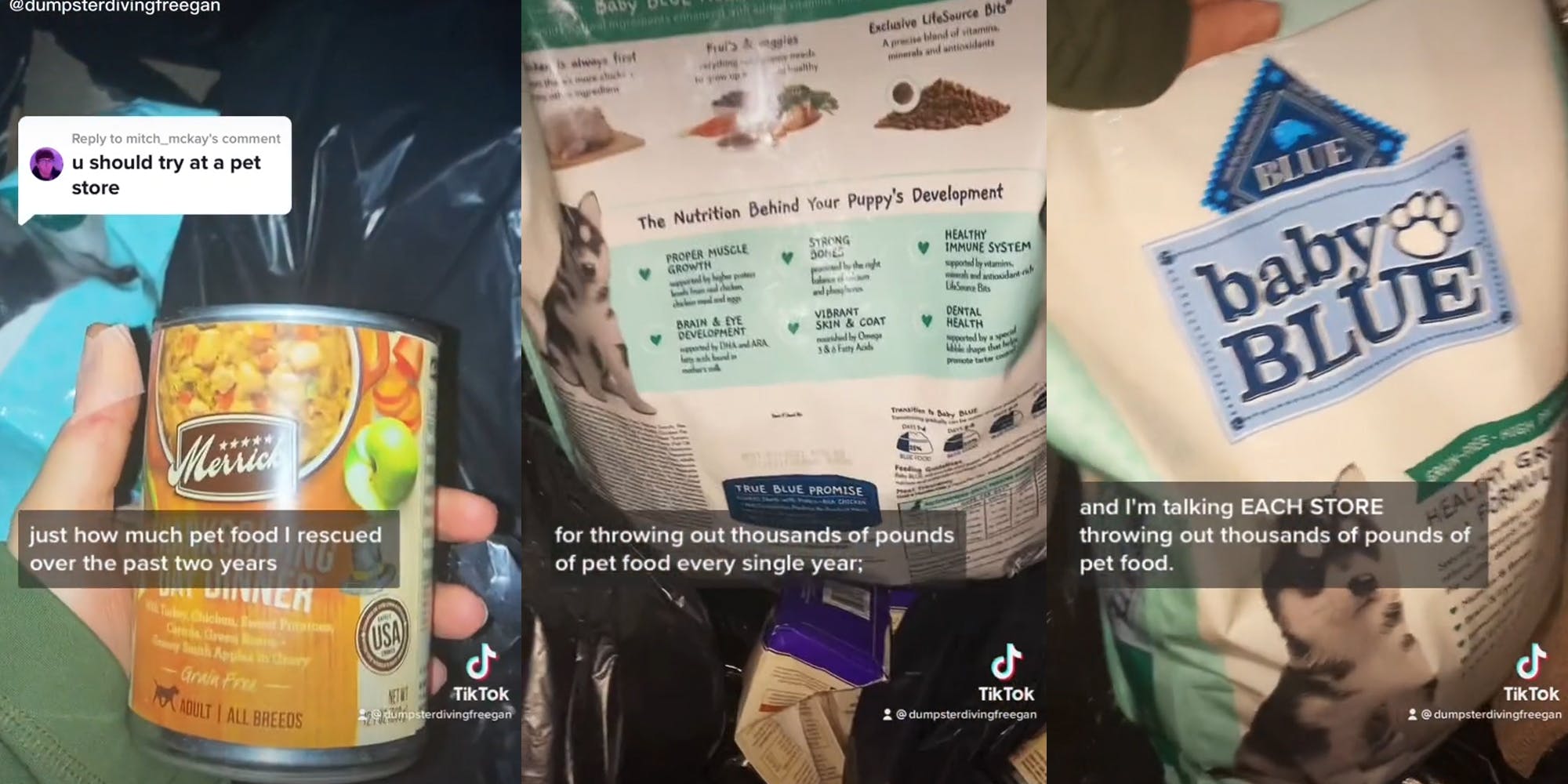 In a viral TikTok video, one creator reveals how much pet food she finds while dumpster diving outside of pet stores.

The video shows the TikToker sifting through a dumpster to find three bags of unopened dog food, which she says retail at around $50 each.

The user says pet stores are quite popular in the dumpster-diving community.

She continues to say that the pet food you’ll find in a dumpster may be nearing its "best by" date; however, she says it’s often still safe for pets to consume after this date. The TikToker also says the shelters she’s donated to have always accepted these bags of food.

The TikTok received nearly 150,000 views, and several users noted other items they could find in pet store dumpsters.

“Not mention the tons of leashes, plushies, aquariums, cat food, pet toys, etc. that get thrown out every day. Thanks for sharing!” one user said.

“And the amount of pet clothing and costumes! I found a dumpster full of doggy life jackets - over $250 worth of them - brand new!” the TikTok creator responded.

However, many pet store employees said their stores force them to destroy or dump bags of pet food that are being thrown out.

“At my pet store we’re required by corporate to open and dump every bag/ can before throwing it away,” one user said.

“When I worked at Petsmart they would tear open all the bags and break other products before throwing them away,” another claimed.

Though, one pet store employee said they would donate products they no longer need to local shelters.

“I use to work at a local pet store and all of our returns and expired product went to local rescues, I was so grateful nothing went to waste!” they said.

The TikToker warned other potential dumpster divers to always check for recalls on thrown-away items.

“As a reminder, I ALWAYS check for recalls. I’ve only found recalled dog food once. Waste like this is NORMAL for these stores,” the dumpster diver said in a comment.

The Daily Dot reached out to user @dumpsterdivingfreegan via email.