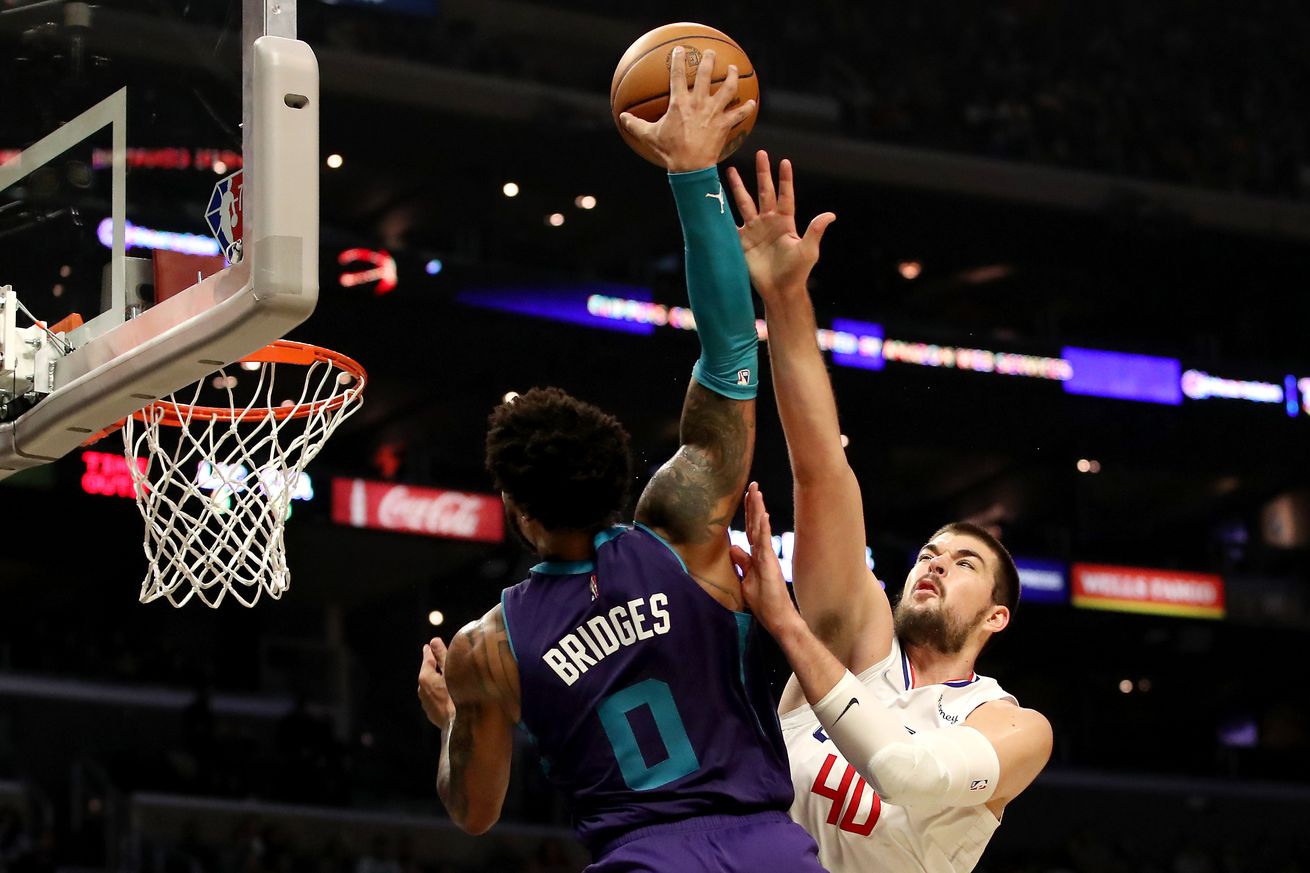 The Clippers have shifted from an elite offense in recent years to an elite defense in 2021-22, and Zubac is a big reason why.

As the Clippers muddled through the first two weeks of their season, an under-appreciated aspect of the team’s struggles was the play of Ivica Zubac. The 24-year-old center had his best season of his career in 2020-21 and became a legitimate anchor in the middle of the Clippers’ defense. Combine that with his facility out of the pick-and-roll — whether that was diving to the basket off pocket passes from Kawhi Leonard or kicking out to shooters on the short roll — and there was something special happening with Zubac.

But that magic was nowhere to be found in the team’s first few games. Admittedly, the Warriors, masters of pace and space, will always be a bad matchup for the not exactly fleet-of-foot Zubac. Style of play, however, was no excuse for Zubac’s performance against the Grizzlies and Cavaliers, both of whom play traditional centers for the Clippers big to face off against.

And yet, Zubac was unable to make an impact, the team’s defense instead propped up by switch-heavy small lineups. The problems were multifold. In transition defense, Zubac was one of many guilty parties unable to get matched up on the break. When he ended up on the perimeter via a switch or a high pick-and-roll, Zubac was prone to blow bys.

Even when Zubac was in the paint, things didn’t go according to plan. He was a step slow corralling drivers and could be screened out of proper position by opposing bigs. The help defense did Zubac no favors, as his attempts to come out to cover penetrating guards were foiled when there was no backside rotation for the big.

Through the first five games of the season, when the Clippers hobbled out of the game to a 3-4 record, the Clippers were allowing 45.4 points per game in the paint and opponents were getting offensive rebounds on 30.1 percent of their possessions, 27th in the league. The foundation of a solid defense — an ability to protect the most precious real estate on the court — was no longer there.

And when things aren’t going well on one end, there tends to be a ripple effect on the other side of the ball. Zubac was seemingly less confident on offense, flubbing passes and easy finishes — a career 76 percent free-throw shooter was sinking less than 60 percent of his freebies.

Something had to change, and for Zubac, it started with a pep talk from Paul George.

“Paul’s been pushing me ever since he got to the team, and he’s been a great leader this year,” Zubac said after the team’s win over Charlotte. “He’s pushing everyone but he was extra, extra on me this year because I didn’t start the way I wanted. He knew what I could do that I was not doing, so he just wanted me to be more aggressive, you know, go for every rebound, not wait for it to fall into my arms, my hands, and just finish stronger, expect the ball and that’s it. And when a guy like PG, when you see him out there every night fighting doing everything he can to win games, you got to help him, so just took it personal and got out there and did the dirty work.”

Zubac was also aided by a schematic change from head coach Ty Lue. Rather than assign Zubac to the other team’s nominal center, the goal became to keep Zubac in the paint at all costs. When you have a seven-foot rim-protecting behemoth, it makes sense to keep him as close to the basket as possible.

The “park Zubac in the lane” philosophy — as Timberwolves head coach Chris Finch put it — began in earnest in Minnesota on the second half of the two-game set, and the Clippers center has been a changed player since. That night, the Wolves shot 6-of-14 at the rim and 11-of-30 in the paint.

The 22 points in the paint the Timberwolves scored tonight vs Clippers is tied for fewest in the NBA this season, and when the Mavericks were held to that in Denver last week, it was on 23 attempts.

Minnesota was held to 22 paint points on 30 attempts vs Clippers tonight.

The next time out against Charlotte, an opponent that would seemingly beg the Clippers to play small with their Miles Bridges at center lineups, Lue elected to stay big. The Hornets got a fair number of shots in the lane, but only made 19-of-33 at the hoop.

“I think it clicked. I think it clicked for him,” George said about Zubac after that game. “When you have a great game as he did in Minnesota, I think you just realize the standard that you set for yourself. I think Zu realized what that feels like to dominate the boards and to where now I think he just expects that of himself.

“But yeah, we still need more games like that from Zu, just to own the boards, own the glass, just be a big presence.”

More of those games were coming.

In the following contest, Lue credited Zubac for his aggressiveness defending Dame Lillard and CJ McCollum in the pick-and-roll in the second half. Next up were the Heat, who were limited to 25 shot attempts at the rim while Zubac put up a season-high 18 points on the other end. In act 3 against Minnesota, the Timberwolves shot 7-of-21 when defended by Zubac, and Patrick Beverley said postgame, “Big Zu has been playing his ass off this year.”

It’s been more of the same for Zubac ever since. He’s manning the paint to the best of his ability, anchoring a defense that ranks second in the league and holds opponents to the fifth-worst shooting percentage at the basket. His impact doesn’t show up in blocked shots, but Zubac has figured out how to use his verticality and positioning to make life difficult for the opposition. It helps to have strong defenders on the perimeter like George and Eric Bledsoe, and they can afford to turn up the pressure knowing that Zubac is there to clean up behind them.

Lue wants this team to be physical at all five positions and disruptive defensively. After falling short of that benchmark in his first few games, Zubac has cleared it and some since. His offense has come along with his overall improved play, as he’s averaging 11.5 points and 10.0 rebounds per game since the switch flipped in Minnesota. He’s shooting 67.6 percent on twos and back up to 82.9 percent from the foul line.

This is the type of next step the Clippers needed from Zubac in order to stay afloat with Kawhi Leonard out. Zubac has delivered, and the fruits of that improvement have resulted in a stifling defense for the Clippers.