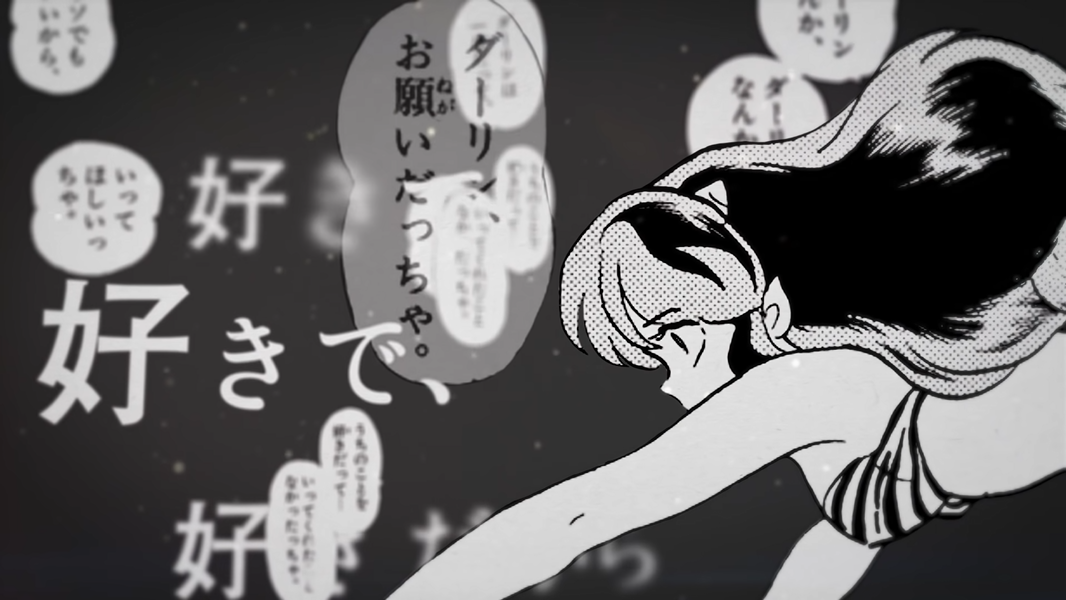 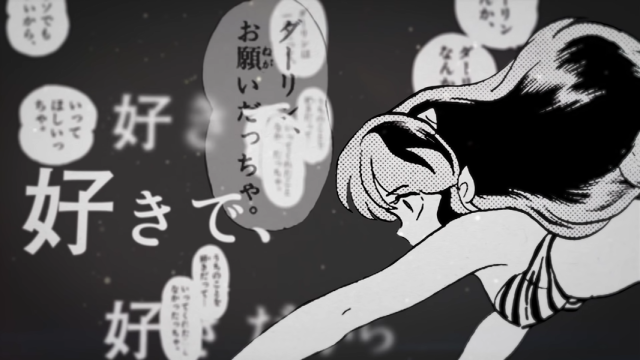 This year marks 20 years since Koda Kumi’s debut in 2000. Since the release of her first single, “Take Back”, in 2000, Koda has been a regular fixture in the Japanese pop charts — and she has her share of overseas fans too, in no small part due to the presence of two of her songs, “Real Emotion” and “1000 Words“, in Square’s 2003 role-playing game Final Fantasy X-2.

Koda shone a spotlight on one particular song in her back catalog on November 5: 2010’s “Suki de, Suki de, Suki de”. The single, already famous for its use as a theme song in shampoo commercials, received an updated music video with a surprising star: Ataru and Lum, the main couple in Rumiko Takahashi‘s popular Urusei Yatsura series.

Koda is a long-professed fan of Urusei Yatsura. Her dog RUM who passed away in 2011 was even named after Lum. Koda said she gave the dog the name in the hope she would be sweet, honest, and charming, just like Takahashi’s green-haired alien heroine. Pairing the romantic comedy manga panels alongside Koda’s plaintive vocals has a striking effect, especially as every panel chosen follows Ataru and Lum through the ups and downs of their turbulent, occasionally one-sided relationship.

▼ “I hate you!” Ataru exclaims in a moment of passion. 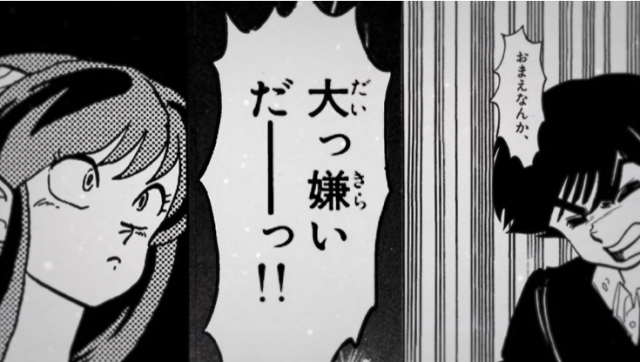 The lyrics to the song accompany the panels from the original manga, some of which are given slight animation and effects to highlight the emotional impact. The song is about an all-encompassing, all-powerful love that propels the narrator along even when things are uncertain; it’s a perfect match for Lum and Ataru, whose romance starts based on a misunderstanding after he catches her in a game of alien tag. (You’d have to read the manga.)

▼ After a fight with Ataru, Lum notices he had held onto her horn all this time. 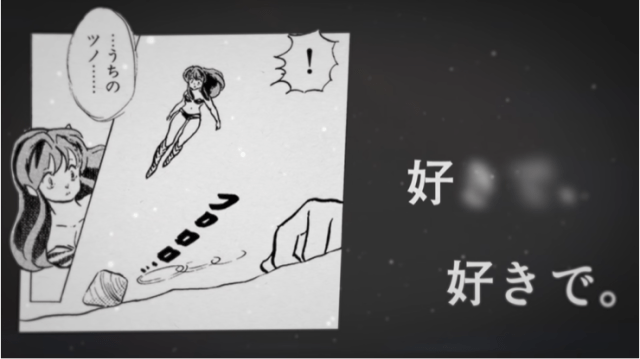 Both stars behind the collaboration seem quite pleased. Koda said she felt Lum and Ataru’s often-shifting romance was a perfect fit for her song, which is about love too powerful to bear but impossible to convey; she also said she cried each time she watched the music video. Meanwhile, Takahashi said that the combination of her manga with Koda’s song was “sure to be powerful” and praised “Suki de, Suki de, Suki de” as a “beautiful ballad”.

▼ The video draws to a close on a cute, romantic image of Ataru and Lum. 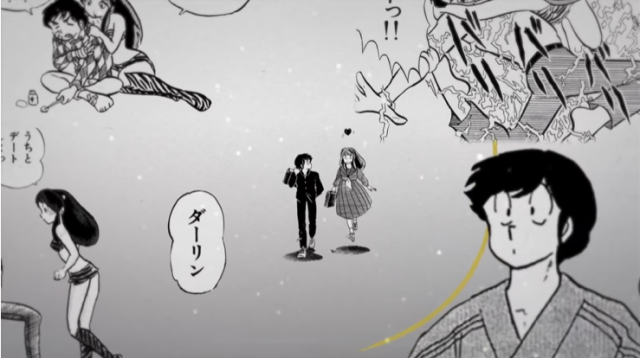 Rumiko Takahashi is undergoing a cultural revival presently. This is the second time this year one of her manga has taken the stage to promote a music video, with the first being Norah Jones’ video for her song I’m Alive. The main characters of Maison Ikkoku, Takahashi’s poignant slice-of-life manga, are used throughout the video in a very similar manner. Fingers crossed we see Ranma 1/2 or Inuyasha take the spotlight next!