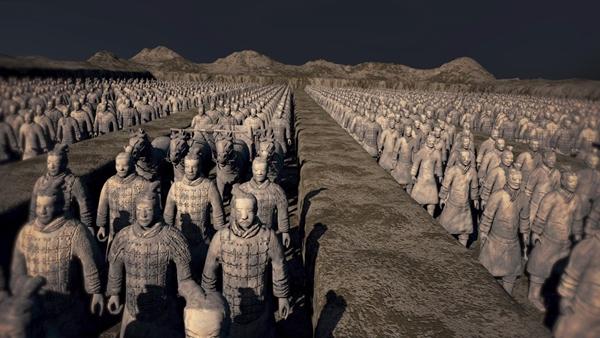 The most successfully marketed piece of the Korean superstition is undoubtedly the folklore of fan death. It sounds incredible, but I grew up being scolded by my parents and grandparents for falling asleep with the fan on and door closed, and hearing stories of "near-death experiences" of my classmates, where they almost suffocated to death because they forgot to set the timer on their fan. 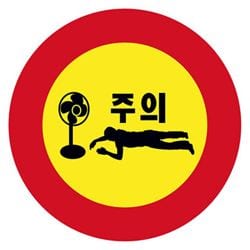 But in fact, the Koreans are quite superstitious; there are many other taboos in the Korean culture that were passed down through many generations. I encountered one such piece of taboo that I had forgotten about for many years just a few weeks ago.
I was headed home after a three-month stay in Paris, and I was doing some last-minute shopping at the Charles de Gaulle airport for my family, just minutes before boarding started. I hurriedly went to the counter, paid by my credit card, and the store clerk gave me the receipt to sign, and pushed a red pen towards me to use.
I'm not particularly afraid of airplanes, nor am I superstitious, but I had to resist the urge to pull out my own non-red pen and sign the receipt -- somehow, the fact that I was moments away from boarding a plane for some seven odd hours made me remember my mom (and my teachers) telling me not to write anyone's names in red, because that's bad luck. Like, really bad luck, as in death-grade bad luck. Just to bring closure to the story, I did end up signing my name in the red pen that the clerk gave me. I'm a woman of science, after all!
I had forgotten about this experience almost immediately, until my friend Jess brought this up in a completely unrelated conversation a few weeks later! She was completely confused about why Koreans avoided the colour red, especially when almost every Korean has a personal seal (called "도장") that you stamp on legal documents, using red ink.
Anyway, aside from the case of 도장, the Koreans generally avoid writing their names in red, and it would be a social faux pas to write someone else's name in red. I mean, what are you trying to do? Curse them to die?
No one ever explained to me why writing names in red was bad, so I did some research. It seems that there are three plausible explanations, and all of these are so interesting -- I hope you enjoy them as much as I did!

Sejo (세조), not to be confused with King Sejong (the creator of Hangul), was not a particularly well-regarded king. He was the second son of King Sejong, and thus not eligible for the throne. However, his older brother Munjong (문종) died after only two years on the throne, and his only son, Danjong (단종), was only twelve years old when he ascended the throne, and by this time, all of his grandparents and parents were dead. 단종 really didn't have anyone in the world who would look out for him.
Long story short, 세조 killed his nephew 단종 and became the king of Joseon. In the coup d'état that he staged, he planned to kill everyone who supported 단종, so he made a death note (called 살생부 in Korean).
He used his nephew's name to call every highly ranked government official to the Gyeongbok Palace (경복궁), and killed everyone whose names were on the so-called death note. The legend has it that the names of the people to be killed were written in red.

Qin Shi Huang (진시황 or 진시황제), literally meaning the first (시) emperor (황) of the Qin Dynasty (진), is probably the most well-known Chinese emperor in Korea. Although he seems to have done well politically as well, he is known in Korea for his antics relating to shamanism. He built a large mausoleum for his afterlife (and didn't finish by the time he died), built the Great Wall of China, and searched everywhere for the herb of everlasting youth (불로초).
This obviously greedy man also loved the colour red; red was always a lucky colour in China (something that carried on to the present-day China), and Qin Shi Huang supposedly decreed that no one else was allowed to write their names in red. If someone broke this decree, they would be put to death. It is said that people were afraid of writing their names in red from then on, and this Chinese fear eventually made its way into the Korean peninsula.

During the Korean War (6.25전쟁 in Korean, because the war started in the morning of June 25), many young Korean men either volunteered or were drafted into the war. The Korean casualties were large, around 140,000 soldiers and an additional 350,000 civilians from South Korea were killed during the three years of war (and around 800,000 deaths in North Korea).
It is said that when the notices for the soldiers killed in action were sent to their families, their names were written in the notices in red. I can easily imagine people dreading seeing their loved ones' names in red, and it is the last plausible explanation for why the Korean people are so afraid of writing names in red.
If I had to make a choice among the three, I'd put my money on this last one; the Korean war was recent enough that many witnesses are still alive, my grandmothers included. And interestingly enough, North Koreans seem to have less fear of writing their names in red; often writing the Kim family's names in red. So it seems that this superstition is specific to South Korea only, which makes me think that this superstition came into being after the Korean War.
So, there you have it. I don't really love that the Koreans are so superstitious; nonetheless, it does make me a little bit more content that there seems to be an interesting piece of our history (or maybe three!) embedded in this particular superstition. Somehow, this makes it a little bit more okay for me!
Source: koreanforinternauts