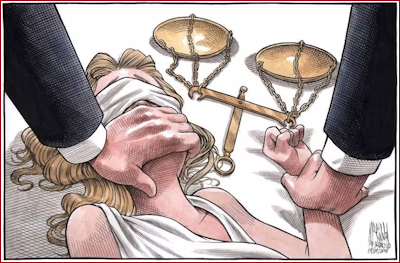 One More Plea for Impartiality in That Virtue We Call "Justice"

ne of my main complaints about all the rhetoric touting "social justice" is that most people who use that expression seem to have a patently unbiblical (and therefore unjust) notion of what "justice" entails. Specifically, the suggestion has been made (and seconded) that in order to even the record of past injustices and level the playing field of "privilege," our whole culture (including you and me as individuals) needs to adopt a new kind of favoritism in all the judgments we make. 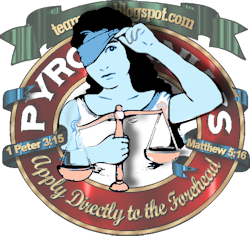 From now on, they say, the scales of justice need to be tipped in favor of certain ethnicities, gender types, and other disadvantaged people groups. Cisgender white males have to go to the back of the bus. Impartiality isn't what's needed. Reparations are.

That mentality has given birth to a dozen or more hashtags, popular fads, and government policies: Affirmative action. Intersectional theory. #BelieveAllWomen. #CheckYourPrivilege. Don't appropriate the symbols of another culture. Don't be colorblind when it comes to ethnic differences. And whatever you do, don't say #AllLivesMatter. That's now racist.

Note what all those ideas have in common: they spurn even-handed impartiality. In other words. what's happening in the name of racial reconciliation and social justice is the very definition of injustice, because it's a shameless prescription for prejudice.

And again: rigorous impartiality is the sine qua non of true justice.

This is basic biblical truth. It's definitional of justice. And it's stressed in Scripture from start to finish: "If you show partiality, you are committing sin and are convicted by the law as transgressors" (James 2:9).

So it's particularly annoying when evangelical virtue-signallers try to pretend they are upholding some vital principle of biblical justice by embracing the wider culture's currently-stylish hierarchy of intersectional victimology; or by binding heavy burdens of blame and scorn on people for their ancestors' wrongdoings; or by telling brothers to shut up because they belong to a "privileged" ethnicity or people group; or by acting as if the oppression suffered by one's forebears bestows a kind of gnostic enlightenment on a person, thereby giving him an automatically superior understanding of social issues; or by shifting the burden of proof in abuse cases from the accuser to the accused; or by refusing to acknowledge that the wider culture's determination to glorify victimhood has resulted in a epidemic of false abuse claims.

Here's a sample of the kind of thing that gets Tweeted and re-Tweeted endlessly in the evangelical districts online. (And by the way—I just screen-grabbed a random sample of what I've seen today. I'm not looking to single out the person who wrote this Tweet or any of the hundred-plus people who retweeted it before I even saw it, so let's keep it anonymous): 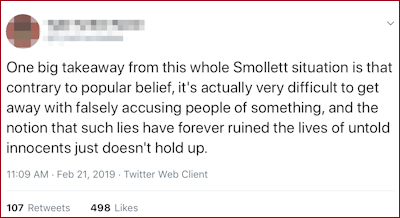 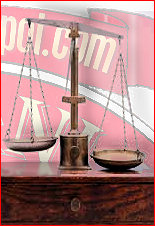 It would be much more plausible to say that the chief takeaway from the Jussie Smollett incident is that victimhood has become such a desirable status in American culture that even this highly privileged Hollywood celebrity faked a racist attack in a desperate attempt to win whatever extra advantages he thought he could get from the intersectional lottery.

Furthermore, Smollett's failure to pull it off was owing to his own ineptitude. It does not prove that it's "difficult to get away with" such a prank. On the contrary, the initial reactions to Smollett's claims revealed once again how ridiculously easy it is to gain widespread sympathy with a hate-crime hoax—even from people who ought to know better.

I need to say one other thing about that Tweet: I don't see how minimizing the damage to the life and reputation of someone falsely accused of a crime is morally any better than trying to excuse or downplay any other kind of abuse. I wonder, for example, what Justice Kavanaugh or the Duke lacrosse team or Paul Nungesser or Brandon Winston—or who knows how many other lesser-known people in similar straits—would think of the last clause of the above Tweet. But among the multitude of evangelicals who "liked" and approved that thoughtless remark were at least one or two evangelicals who are well known as victims' advocates.

It illustrates how seriously skewed evangelical attitudes are in the way we speak and think about justice these days. After my earlier post decrying both spiritual abuse and false accusations, I was hit with a barrage of emails and Tweets scolding me for saying that every accusation of sexual or spiritual abuse needs to be impartially and painstakingly investigated. Worse yet, by keeping the burden of proof on the accuser and not the accused, they said, I was in effect siding with abusers and enabling abuse, whether I intended to or not.

Evidently lots of evangelicals now believe that to maintain the presumption of innocence in an abuse case is an automatic injustice tantamount to shelling the accuser with a whole new bombardment of abuse.

But again, the biblical standard of justice is not the least bit ambiguous, and it starts with an uncompromising commitment to impartiality. True justice cannot favor poor or rich, accuser or accused, Jew or Gentile, female or male, weak or powerful. It abhors false accusations as passionately as it detests the abuse of widows and orphans. It sees every form of "mob justice" as gross injustice. It tolerates no excuses for evil behavior. (Even bona fide victims are not given a pass for their sin.) It stubbornly insists on every duty under God's law and holds every individual to the principle of personal responsibility before God as the Judge of all the earth. "You therefore must be perfect, as your heavenly Father is perfect" (Matthew 5:48). That's what real justice demands.

In other words, justice as Scripture describes it is a reflection of God's own holy and righteous character. And yes, it is therefore fundamentally and permanently at odds with this fallen, cursed world's notions about justice.

So if you find yourself echoing talking points about abuse, victimhood, privilege, oppression or other social-justice topics that you've picked up from the secular academy, the mainstream media, American civil religion, Oprah Winfrey, the Southern Poverty Law Center, the Masonic Lodge, the Tea Party collective, or any other worldly source, maybe you ought to give the biblical treatment of those topics a little more careful study.

One More Plea for Impartiality in That Virtue We Call "Justice"