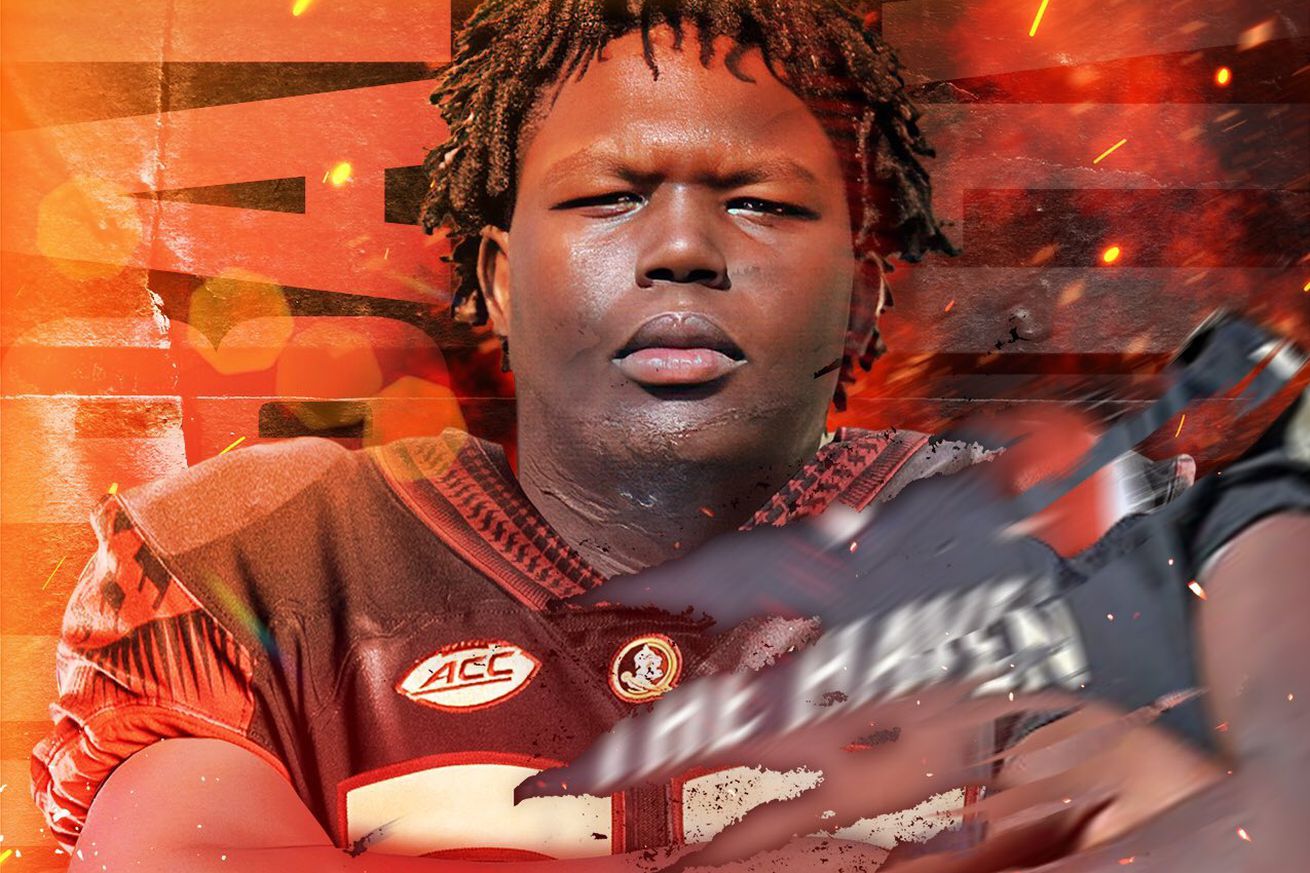 The Class of 2022 prospect previously attended Whitehaven High School, but in October he announced his transfer to IMG Academy in Bradenton, FL:

Recruiting rankings are finally catching up to Bah’s potential, as he now has an 89 rating (4-star) on the 247 Sports Composite List. The sites consider him the 324th best player in America (37th best OT and 43rd best player in Florida). For some reason, though, 247’s evaluators still have him as a 3-star.

Tomahawk Nation had the opportunity for an exclusive interview with Bah after the announcement, as he diagnosed why each program made his list:

Florida State: Bah said he has a great relationship with the entire Seminoles staff, especially offensive line coach Alex Atkins. He realizes there’s an opportunity to play early in Tallahassee, and he likes the challenge of potentially rebuilding the program into greatness.

Florida: Bah considers Florida a top school academically and football-wise. He called them a dominant football program, and he likes their swag and drip.

Michigan State: Bah said he loves the energy every time he talks with the Michigan State staff, and he feels they’re really making him a priority.

Penn State: Bah said the Nittany Lions have been recruiting him for almost a year, even though they offered him just two weeks ago. He also mentioned that James Franklin is friends with his old head coach.

Ohio State: Bah said the things that stand out in Columbus are the great tradition, and that the Buckeyes are known for developing NFL talent.

Oklahoma: Bah called Oklahoma “O Line U”. He said he has a good relationship with the staff, and the Sooners have great tradition.

Texas A&M: Bah mentioned that A&M had top-notch academics. He believes the Aggies have laid a great foundation. He has a great relationship with offensive line coach Josh Henson, and he believes he’s a good scheme fit in College Station.

USC: Bah said USC is a great academic school that will provide great opportunities outside of football (he’s interested in business and sport science). He also mentioned the “California factor” as a positive.

Bah is considered a very important recruit, not only because of the position he plays, but also due to his strong relationship with the staff and his roots—he’s close to three other Florida State targets from Memphis: running back Dallan Hayden, athlete Kody Jones, and wide receiver Cameron Miller.

Since September 1st, Florida State has been in constant communication with Bah, clearly prioritizing him among the offensive linemen for 2022. FSU’s social media team even sent him this specialty graphic, which is a tell for which recruits are being prioritized:

As for the decision to transfer to IMG—this was potentially big news for the ‘Noles, as the future of on-campus visits remains up in the air due to COVID-19. Having Bah right down the road bodes much better for unofficial visits than having him in Memphis, and FSU will look to its ties with IMG to create an advantage with him.