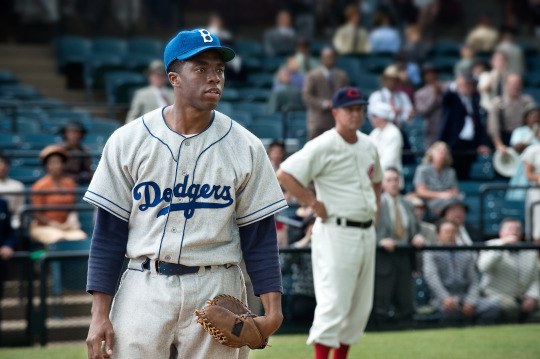 Chadwick.Adam Davie pays tribute, as a viewer, to the “immense... 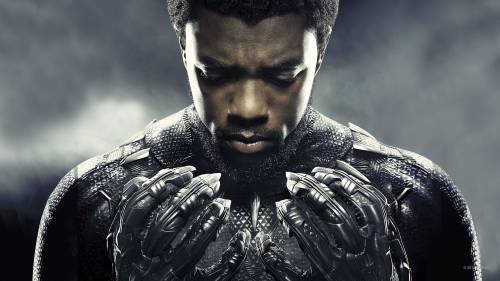 Adam Davie pays tribute, as a viewer, to the “immense power” of Chadwick Boseman’s body of work, which features “portrayals of Black life that are true to our experience”.

“I just want to tell stories that expand people’s minds, and about who we are in the world,” Chadwick Boseman told GQ in 2018. This is how I will remember him. This is who he really was. The 43-year-old star of films such as 42, Get on Up, Black Panther and 21 Bridges (which he also produced) was more than just an actor. He was someone who was perpetually committed to positive representation, inclusive storytelling, and portraying Black excellence on screen.

He was rarely a character actor—since his mainstream breakthrough in 42 he almost always played the lead—but he was definitely someone whose character informed his choice of roles. These parts led to empathetic and intimate performances, which then informed us as viewers as we watched him battle foes both systemic and supernatural for the greater good.

Boseman’s death on August 28, 2020, to colon cancer, is another cruel blow for humanity as we navigate a deadly pandemic, escalating racial tensions within the United States, and a multitude of other global challenges that threaten our security and posterity. In a day and age when, literally and figuratively, the United States has its knee on the necks of Black Americans, to lose such a great man who was committed to fighting these culture wars through the medium of film is a huge blow for those who appreciated his talents and his activism. It’d be tempting to say that he only played a superhero in the movies. But his performances are buoyed by his off-screen words and deeds, which emphatically demonstrate his commitment to elevating his people through on-screen performances.

“You’re a strong, Black man in a world that conflicts with that strength, that really doesn’t want you to be great,” Boseman told The New York Times’ Reggie Ugwu in 2019. “So what makes you the one who’s going to stand tall?” As an actor, he was always mindful of how Black men were portrayed and perceived in the media. And because of this, he carefully and convincingly carved out a niche for himself as someone who was determined to offer a broader spectrum of Black images and stories. In an era when Black athletes are being told to shut up and dribble, Boseman chose to take on the role of Jackie Robinson in 42 (2013).

For Robinson, shutting up and dribbling (or swinging, in Robinson’s case) was the only option. And in this starring role, Boseman fit like a glove, portraying a man who carried the weight of a generation of Black ballplayers on his shoulders. While portraying the man who broke the color barrier in Major League Baseball, Boseman delivered a performance of quiet strength. It mirrored Robinson’s own commitment to non-aggression amid the threats he faced.

As you watch the film and learn more about the man, you come to realize that you’re not watching someone imitate Jackie Robinson. You’re watching someone step into the shoes of a man with whom he shared similar values. Because of this, the performance and the emotional impact of the film carries immense power. This impact was duplicated in much of Boseman’s later work.

Over the years, Boseman continued to challenge himself with further roles portraying historical and iconic figures. And there was never a role that was too weighty for the Howard-educated, Oxford-trained actor. Before “Black Lives Matter” became the phrase of the moment, he was already informing an industry and an audience that—if they didn’t know already—he was Black and proud of it, as he portrayed the Godfather of Soul, James Brown, in 2014’s Get on Up.

As our broader culture continues to criminalize Black men from the womb to the tomb, Boseman chose to take on the role of eventual Supreme Court Justice Thurgood Marshall, telling, in Marshall (2017), the story of a man who was committed to the rule of law while also dismantling systems of oppression that unjustly and disproportionately impacted Black men and women in America.

And when certain individuals—such as the current president of the United States—referred to our place of origin (Africa) as “shithole countries”, while also telling certain Americans to “go back…” to the “places from which they came”, Boseman and Ryan Coogler gave us a destination worth yearning for with 2018’s Black Panther.

I created my Black Life in Film list because I was fed up with my inability to locate a catalog of films that properly represented the Black experience, both in the US and abroad. In the four years I have been adding to the list (and its many genre spin-offs), Boseman has been out there, reinforcing its existence, by creating and starring in roles that have given me the uplifting depictions that I and so many others craved. He used his God-given talents to provide portrayals of Black life that are true to our experience, and he never, ever, wavered from that commitment.

Given his acting chops and dynamic personality, Boseman could’ve easily chased the fast bucks while in Hollywood. But instead, he decided to carry the weight of his country’s history, oftentimes its original sins, throughout his life in Hollywood. And he never backed down from the responsibility that came with this challenge. It’s a burden that not too many can shoulder, but Boseman never saw it that way. It was always a blessing; an opportunity to showcase not just the best that Black America had to offer, but the best that America had to offer as well. Because his story and the story of Black resilience, innovation and heroism is the story of America too.

We are so fortunate to have the long-lasting power of cinema. Even though he’s gone, Chadwick Aaron Boseman’s legacy will live on through the timely and dignified body of work he left behind.

As well as his acting career, Chadwick Boseman also directed two shorts: ‘Heaven’ and ‘Blood Over a Broken Pawn’. In his final role, he plays trumpeter Levee, alongside Viola Davis as Ma Rainey, in the forthcoming Netflix adaptation of August Wilson’s play ‘Ma Rainey’s Black Bottom’.

Chadwick.Adam Davie pays tribute, as a viewer, to the “immense...