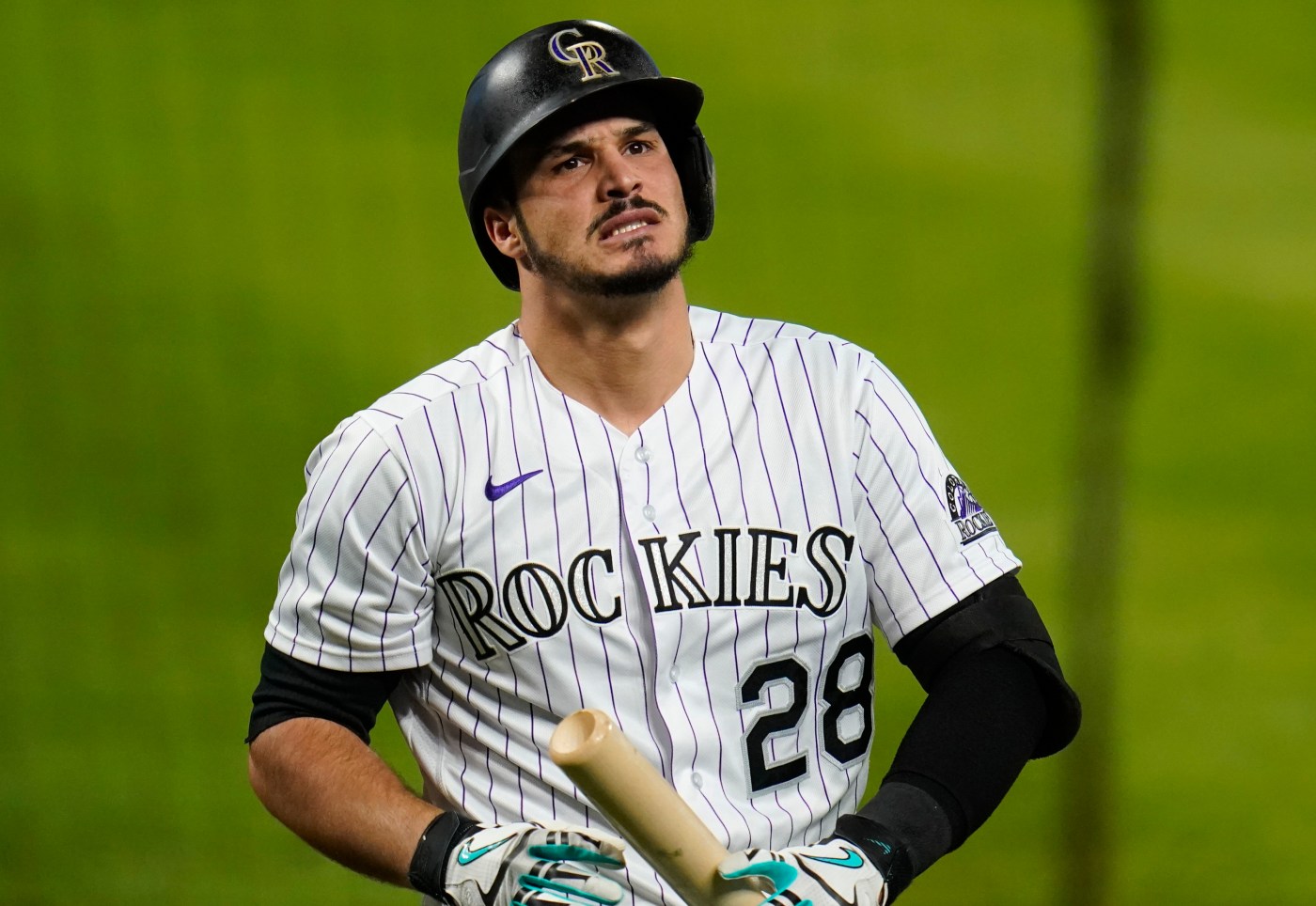 Nolan Arenado was willing to play through significant pain if the Rockies were poised to make a deep postseason run. One look at the National League standings this week made his decision easy.

Colorado shut down its star third baseman for the season on Monday, placing Arenado on the 10-day injured list with eight games left.

But the Rockies (23-29) must win out to finish above .500, and have a razor-thin margin for reaching the playoffs.

“It was a mutual agreement,” Arenado said. “After we got the MRI (on Sunday), I thought it was best I would start the rehab process right away, especially with where the team is, you know? It’s kind of unraveled just a little bit.”

Arenado has dealt with nagging shoulder soreness most of the year due to an inflamed left AC joint. He said the issue began in late July during a two-game road series at the Oakland Athletics, and the discomfort never went away. Manager Bud Black called it a “cumulative injury” that he could tell was “bothersome” for Arenado. His play suffered, too. Arenado posted a career-low .253 batting average with only one home run since Aug. 20.

“There was a lot of inflammation and the bones in and around that AC joint were bruised,” Black said. “It became very nagging. The doctors felt and our trainers felt the wise thing to do was to shut Nolan down. Let it heal and he’ll feel much better in probably a month.”

Added Arenado: “It’s just constant pain and soreness. Rest will do it well and I don’t think this will linger on if I take care of it the right way.”

Arenado, 29, enters the offseason with an uncertain future with the Rockies. He signed an eight-year, $260-million contract before the 2019 season with an opt-out clause following the 2021 season. But it is feasible a Colorado rebuild might lead the team to trade its five-time all-star before that opt-out deadline.

“All those things kind of go through your head,” Arenado said. “I don’t know what’s going to happen next year, but I would assume there are going to be some changes. Right now, I’m just focused on trying to get my body back and focused on getting stronger this offseason.

The silver lining for Arenado’s down season was his continued excellence in the field as a seven-time Gold Glove winner (one for each season in Colorado). An eighth award is possible after Arenado consistently flashed web gems with a career-high .982 fielding percentage.

“I feel like my defense was better than it’s ever been,” Arenado said. “My arm feels really good throwing the ball. Fielding, I feel quick and my body feels good beside my shoulder. I was very proud of that, for sure.”

Freeland’s bounce-back season continues with his 12th start of the year on Tuesday. His eight quality starts are tied for second most in the National League. He’s lasted six or more innings in nine different outings. But Freeland has received little help on offense going 0-2 with seven no-decisions since his last win (6-1 vs. the Padres on Aug. 1). Lifetime against the Giants, Freeland is 6-3 with a 3.60 ERA through 14 starts. He did not factor into a pair of previous starts against San Francisco this year — both Colorado victories (6-4 and 9-6). Smyly, 31, is in his first season pitching for the Giants after stints with the Phillies, Rangers, Rays and Tigers. He has not factored into any of his five starts this season and has allowed at least two earned runs in each of his last three outings. Smyly has not pitched more than four innings in any of his starts this year.

Trending: Entering Monday, outfielder Raimel Tapia was riding a nine-game hitting streak, going 11-for-35 (.314), in addition to hitting safely in 20 of his past 23 games. Tapia has 13 RBIs and six stolen bases this season.

At issue: After an 11-3 start to the season, the Rockies are 12-26 (.316) — tied for the worst winning percentage in MLB over that span. Before Monday, Colorado trailed the Brewers and Giants by three games for the final wild-card spot.