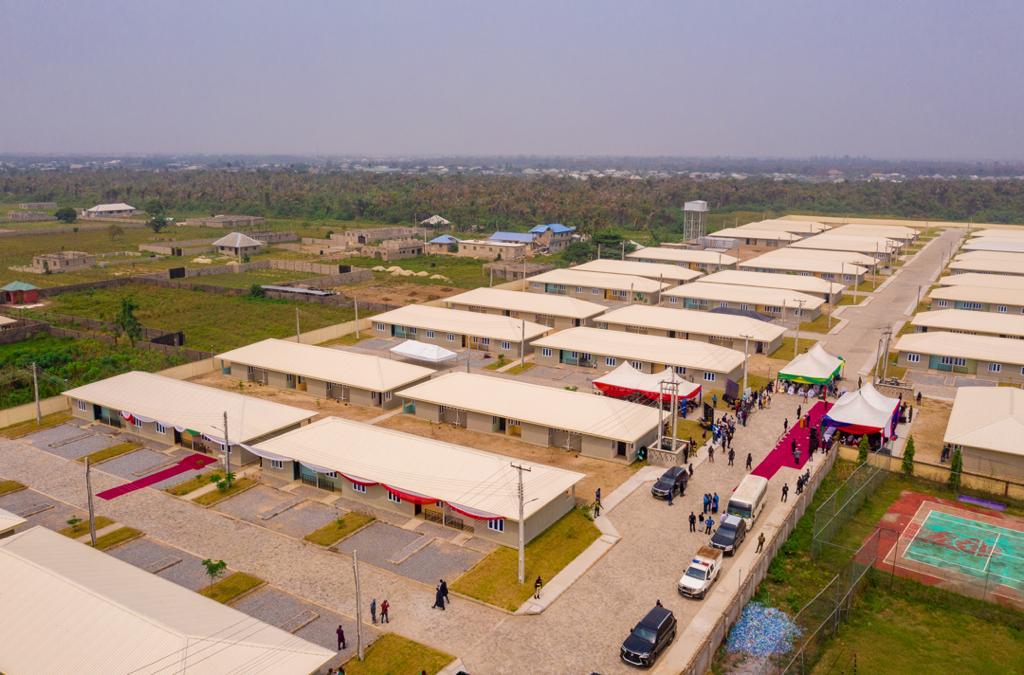 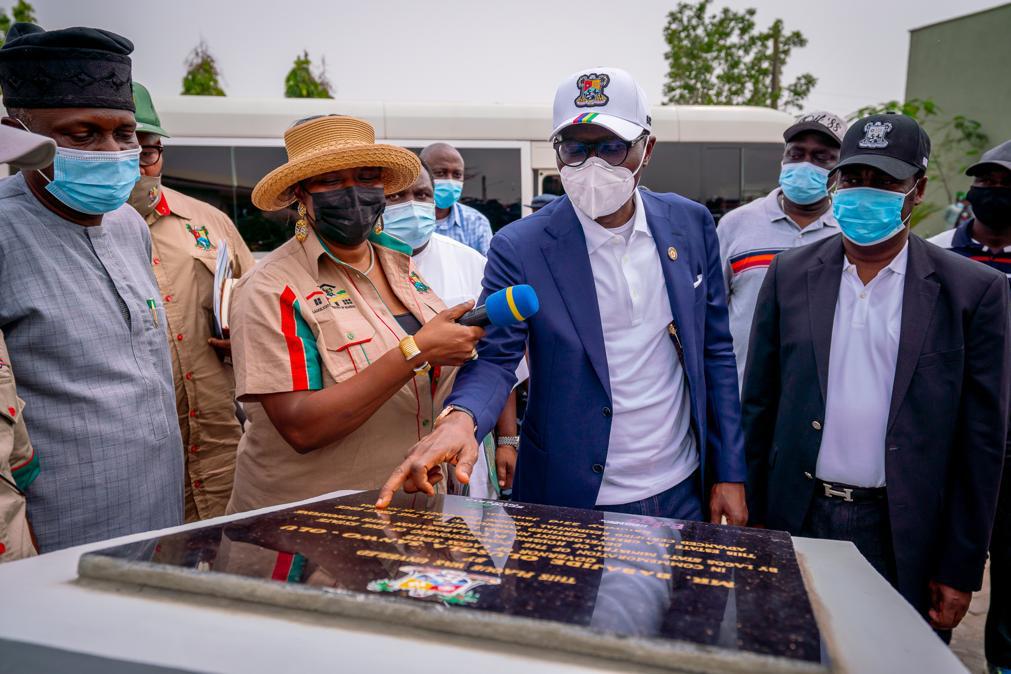 Also, while unveiling a new Maternal and Childcare Centre, MCC and the School of Anesthesia located within the premises of Badagry General Hospital, Sanwo-Olu vowed to change the narrative of Maternal and Child mortality indices in Lagos state.

On the housing units, the governor stressed the importance of Public-Private Partnership in the state, vowing that his administration is committed to the THEMES Agenda of Making Lagos a 21st Century Economy.

The housing project, specifically built for state public workers was a joint venture agreement with Echostone Development on a 12.7 hectares of land in Idale, Badagry, constructed under the supervision of the Lagos Ministry of Housing, led by its Commissioner, Mr. Fatai Akinderu.

On the health facilities, Sanwo-Olu stated that the completion of the Badagry MCC by his administration was a critical indicator of his commitment to eradicating maternal and child mortality as well as his determination to consolidate achievements recorded in improving maternal and child health outcomes.

He said: “I am immensely proud to handover the newly constructed and equipped four-floor 110-bed Maternal and Child Centre, and the School of Anesthetic Studies, Badagry to the people of Badagry.

“Maternal and child mortality are so close to my heart that I am ready to do everything within my personal and official capacity to put an end to it in Lagos State. In most developing countries including Nigeria, there are disturbing maternal, newborn and child mortality indices, but under my watch, Lagos State will change the narrative.”

“Through consistent action and smart investments, our women will no longer die while giving life; we will eradicate infant and under-5 mortality in our State”, he vowed.

“It is incontrovertible fact that there can be no socio-economic development without healthy citizens; we all know the crucial role of women in the entrenchment of a developed and progressive society – it has, therefore, become imperative to put an end to preventable maternal and child death”, the governor explained.

He said the fully equipped health facility, holds great potential for healthcare delivery adding that “it is a one-stop-centre for all reproductive issues including family planning, gynaecology, paediatrics, immunization, obstetrics and emergency services among other services.”

The Governor disclosed that the facility since the commencement of operation late December 2020 had recorded 3000 out-patient clinic attendance, adding that 49 normal deliveries and 60 caesarian sections were also carried out at the centre.

“My excitement is palpable because I know what this means for our integrated health system in Lagos State. With the inauguration of this Maternal and Child Centre, the people of Badagry and adjoining communities now have increased access to quality and safe healthcare, reduction or even complete eradication of maternal and infant mortality as well as a general improvement in all maternal and child health indices in this local government.

“All these benefits will, in turn, have a positive ripple effect on the development of socio-economic indices of Badagry”, Sanwo-Olu stated.

While noting that another Maternal and Child Centre in Epe would soon be completed and commissioned, the Governor disclosed that his administration has mapped out a strategy for phased upgrade and revamping of health infrastructure across all levels of care.

He listed some of the public secondary health facilities that have been identified for phased expansion and upgrade to include; General Hospital Lagos, General Hospital, Isolo, Ebute Meta and Harvey Road Health Centres.

The Governor also revealed that the plans have been concluded to commence the construction of a General Hospital in Ojo, a new Massey Street Children’s Hospital on the Island, a Mental Health Hospital and Rehabilitation Centre in Ketu-Ejirin, an Infectious Disease Centre and Permanent Isolation Centre at Yaba.

Speaking on the School of Anesthesia facility upgrade, Sanwo-Olu stated that the school which has trained 133 doctors and 65 nurses validates his administration’s dedication to capacity building and the professional empowerment of the State’s medical workforce.

The Governor while commending and appreciating the health workers in Lagos for their dedication to duty promised that his administration will do all it can to make their job easier by equipping and revamping existing hospitals and ensuring that new health facilities lack no modern equipment.

“With our consistent investment and innovative interventions in quality healthcare delivery, I am confident that Lagos State will continue to take the lead in maternal and child health. The lives of our children and childbearing women will count, our children will survive, our mothers will live and we will have healthy babies and healthy mothers”, Sanwo-Olu said.

Earlier in his remarks, the Commissioner for Health, Prof. Akin Abayomi stated that the secondary care for women and children which previously depended on the routine health services provided by the Badagry General Hospital would receive a boost with the establishment of MCC.

Noting that the need for the facility in Badagry is long due, particularly because of the quarter of a million people living in the border axis, Abayomi stated that the MCC would cater for the maternal and child health needs of riverine communities and islands along with the neighbouring West African states.