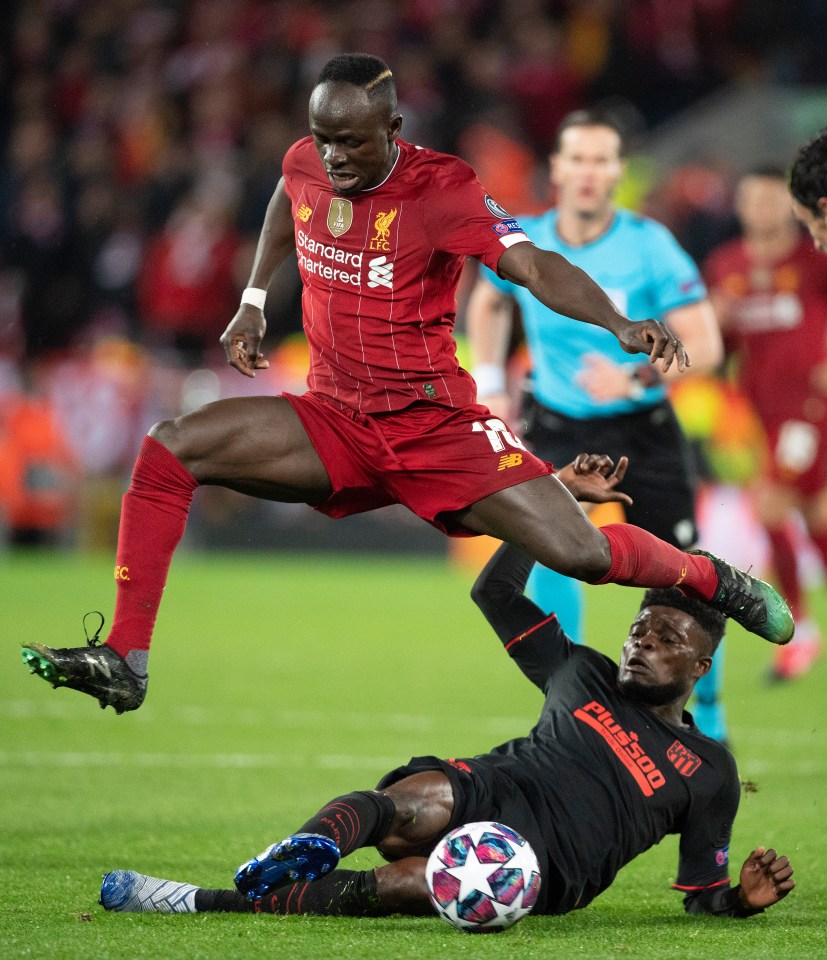 Thomas Partey completed a dramatic deadline day move to Arsenal in a move which signals a new era in north London.

The 27-year-old left Atletico Madrid when his £45million buyout clause was met with little more than half an hour remaining before the 11pm deadline on Monday evening.

Partey, who will wear the No.18 shirt at the Emirates, was described by new boss Mikel Arteta as ‘a dynamic midfielder with great energy.’

As well as the powerhouse’s tough-tackling displays, his technical abilities are somewhat overlooked at times, with the Ghana international earning himself an 89 per cent dribble success rate last season – the best in Europe.

And it was his all-round midfield masterclass against reigning Champions League winners Liverpool at Anfield which truly allowed the Ghanaian to announce himself as one of the best in the world in his position.

Having bossed the first leg at the Wanda Metropolitano in March, the pressure was on Partey and his Atleti teammates to cope under pressure from the raucous Kop.

But Jurgen Klopp’s midfield trio of Jordan Henderson, Georginio Wijnaldum and Alex Oxlade-Chamberlain were simply unable to get close to the elegant ball-player.

The Spanish club announced that Arsenal had paid Partey’s buyout clause at LaLiga headquarters with minutes to spare.

They said in a statement: “LaLiga informed Atletico de Madrid at 11.28pm on Monday that Arsenal representatives have paid Thomas Partey’s release clause at the sports association’s headquarters.

“The player has therefore unilaterally terminated his contract with our club, which ran until June 30, 2023.”

Arsenal then confirmed the signing a quarter of an hour after the transfer window had closed.

Partey, who has been capped 27 times by his country, scoring 10 goals, made 35 appearances last season as Atletico finished behind only Real Madrid and Barcelona in the Spanish top-flight.