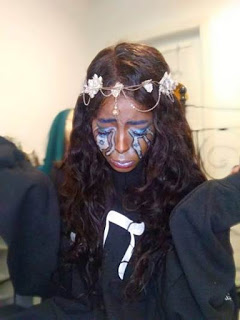 I stand with the president, who said regarding the current nationwide unrest, “We cannot allow the righteous cries and peaceful protesters to be drowned out by an angry mob.” I stand, too, with former President George W. Bush, who said, “Black people see the repeated violation of their rights without an urgent and adequate response from American institutions. We know that lasting justice will only come by peaceful means. Looting is not liberation, and destruction is not progress. But we also know that lasting peace in our communities requires truly equal justice.”

I stand with General James Mattis who wrote, “The words ‘Equal Justice Under Law’ are carved in the pediment of the United States Supreme Court. This is precisely what protesters are rightly demanding. It is a wholesome and unifying demand – one that all of us should be able to get behind. We must not be distracted by a small number of lawbreakers. The protests are defined by tens of thousands of people of conscience who are insisting that we live up to our values….” I join the 64% of Americans — that’s hundreds of millions of them, of every race, creed and political persuasion — who are “sympathetic to people who are out protesting right now.”

These are not my words. They are the words of Mishpacha Magazine columnist, Eytan Kobre in his latest column. And I could not agree more. (2 days in a row… how about that?!)
I could have written that column. (In a sense I did - albeit in my own words last week.) I am once again happy to see yet another piece of communal introspection by one of the staunchest defenders of the Charedi world. He too recognizes the failing that so many in that community have with respect to racism. Which I quickly acknowledge is not limited to Charedim. It affects the entire world of Orthodoxy. We are all guilty to one extent or another. Even those of us that are not racist - if we say nothing when others among us negatively stereotype black people.
Eytan does a fine job in placing this prejudice in Halachic and Hashkafic terms. It is well worth reading his column in full.
Unfortunately racism is not an anomaly - as noted on Rabbi Yosef Bechhofer’s blog:

Rabbi Bechhofer describes the racist attitudes that still prevail in his home town of Monsey in the populace and in the police as part of the larger ugly prejudice in our country...

There are a variety of reasons that racism exists to one degree or another among Orthodox Jews. Some of which I have mentioned on the past. But Rabbi Bechhofer correctly notes something I did not mention that has contributed mightily to the problem.
Which is that mistakes were made by some of the greatest religious figures of the 20th century. Many of whom I greatly admire. They bowed to the Torah only educational paradigm at the expense of instilling in their students the human compassion the Torah emphasizes. Many of the great Roshei Yeshiva nonetheless had blinders on to the racism transmitted from their faculty to their students.
I know this to be true. I heard it all the time throughout high school and beyond. As I noted in my last piece on this subject I heard it from a prominent Rosh Yeshiva in a public comment made in 2008 just before Barack Obama was elected to his first term as President. I regret not making my feeling known to that Rosh Yeshiva - thinking only how much it troubled me that he said that.  At that moment, I let evil triumph!
There are some people among us that are trying to minimize the black experience by comparing it to the massacre and torture our own people throughout Jewish history culminating with the Holocaust. There is of course no comparison to the scale. But to minimize the black experience in this country by making such comparisons is itself tinged with racism. There may not have been 6 million blacks that suffered that way. But there were surely a great many that did. Including one partiucularly gruesome incident that happened right here in the US.
Last night that incident was featured in a 60 Minutes segment. What happened to the black people of Tulsa is sounds almost exactly the same as what so many our people experienced during the Holocaust. But in their case, the incident was buried. It is not taught in any hisory class, very few people outside of the families of the victims even know about it. To understand this better that segment s a must see. And to understand why racism still persists all one needs to know is that historians have buried this event as though it never happened. I was so upset after seeing that, I wanted to go out and join the protesters myself!
And yet... we elected a black President not all that long ago. It has also not escaped my attention that there are many black leaders in this country. I had no idea for example that so many major cites in the US had black mayors and black police chiefs. How does that square with the terrible scourge of racism that continues to plague black communities?
How can we support so many black candidates for political office while at the same time fear the average black man walking down the street - more than we would the average white man? Not sure I know how to answer that. Other than to say that there is a bit of racism in all of us based on the fear of difference.
It is easy to condemn the kind of racism that results in all too many ‘George Floyds’. And to celebrate the ‘Barack Obamas’ of the world. But what about the fear that racism breeds towards the average black man? How do we eradicate centuries of indoctrination that stereotypes black people so negatively? What can we do to mentally treat each human being with the dignity the Torah demands of us?
The Agudah statement referenced in Eytan’s column was a good start. Perhaps we now have finally recognized that we have a problem. For which Eytan deserves some credit. But it can’t end there. We must all acknowledge the culpability of our educators who for decades have transmitted racist attitudes to our children. We must now insist on an educational paradigm shift where racism is dealt with at the core. Starting with parents in the home all the way through high school and beyond.
That will require adult education. A grass roots effort must be made to impress upon our religious leaders the necessity of implementing that on a wide and massive scale.They are the ones that can change things. We have no choice if we want to eradicate all vestiges of racism. We can no longer be blind to racist comments by anyone in any circumstance.
How do we convince them of this necessity? How do we convince them to take precious time in Yeshivos away from Gemarah study for purposes of teaching the human compassion the Torah requires of us? I don’t have the answer to that. But one thing I am certain of. We better find a way to do it. Because if we don’t, it will be at the expense of our own souls.
Source: haemtza