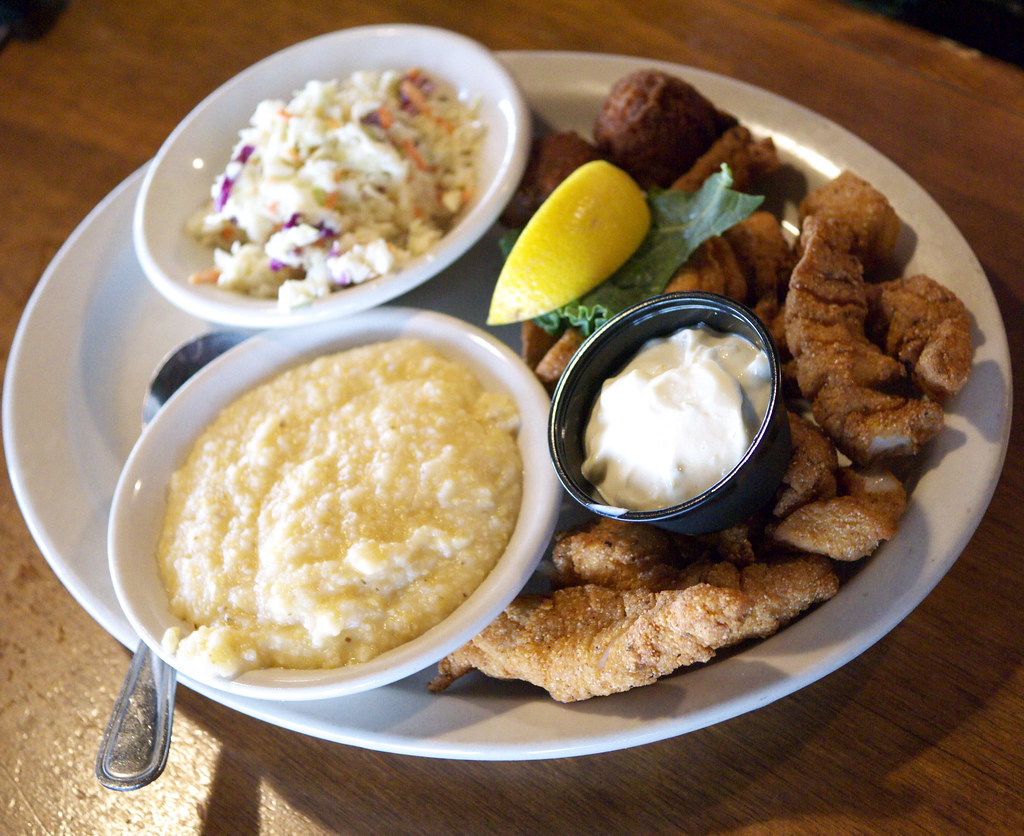 Though occasionally inconsistent, Harbor Docks remains our "go to" Destin restaurant for fish. Ok, the breakfast wasn't stellar, but I feel obligated to tell the truth about it - then recommend you go to Harbor Docks for lunch and dinner (especially lunch, which offers a nice value and some delightful Southeast Asian flavors). Yes, tourists go there, but it remains at its heart a locals place, located in the same space on the harbor for last 40 years.

We dined at the Harbor Docks bar our first night in Destin. There was a boat fest on the harbor and the restaurant was jammed, but I was not going to be denied a plate of Harbor Docks after 7 years absent from Destin! Just one bite into that exquisitely fresh and well prepared fish, the tears welled up. Tears of joy.

First, though, the ubiquitous Harbor Docks salad. The only time I'll actually eat canned mandarin oranges. And like them! 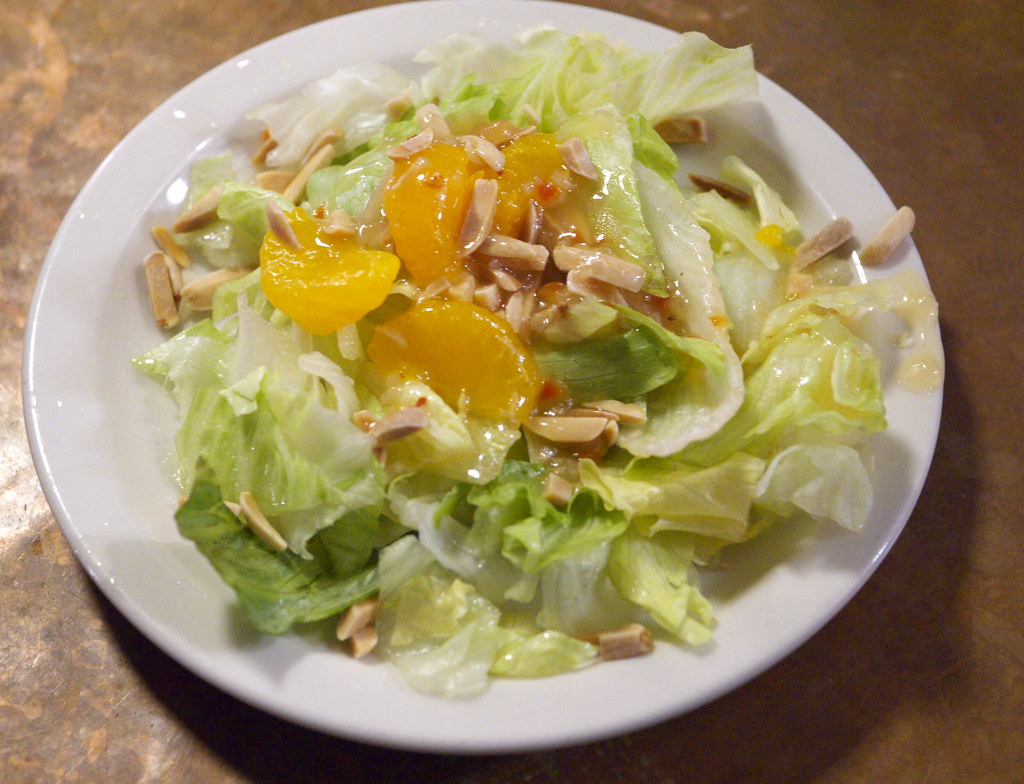 Bob's Sesame Crusted Snapper was equally delicious, but too blurry to post.

Bob's' French Toast was good but nothing to write home about. In it's defense, though, this plate was our first introduction to Conecuh Sausage. This family business began in 1947 in Evergreen, Alabama, and produces very tasty hickory smoked sausages with simple ingredient lists and interesting seasonings. We found them in local grocery stores also, but wouldn't have known to look for them but for this breakfast plate.
The biscuits are no longer made in house, and this one wasn't very good. The gravy was ok, but no longer available without the sausage. The true sin against breakfast, however, was in the grits. Bullion cubes, to be precise. The addition of bullion cubes did not add flavor in a good way; instead it created an overly salty, artificial-flavor, funhouse-mirror effect on the palate. So, while we enjoyed several other meals at Harbor Docks, we did not return for breakfast.

Bob's plate hit all the expected tasty notes, and the grits were obviously made by someone not on the breakfast crew, who knows how to make them. But mine hit the motherload - a skillful, just-spicy enough Thai style curry caressing perfectly sauteed local Snapper, plated with Jasmine Rice and accompanied by two crispy right-out-of-the-fryer, made in house, spring rolls with dipping sauce.

There would be two additional dinners at Harbor Docks. Neither hit the heights of the first dinner or lunch, but they were mostly solid, and delivered with Harbor Docks's excellent service and hospitality (hello to Ms. Sunshine, who is still serving there even after these many years!).

Though Bob's fried plate was excellent, my tuna was just a little older than it wanted to be, and it couldn't compare to the exquisite tuna I cooked from Blalock's. There was something funky about the Buerre Blanc also. These things happen, the plate was enjoyable, just not stellar.

Again, Bob's fried plate hit the spot, but mine, which was the same order from our first dinner in December, somehow lacked profundity. It may have mattered that there was a big beer tasting dinner going on in the next dining room. In any event, we love playing with food at Harbor Docks, and we will be back there upon our return to Destin!