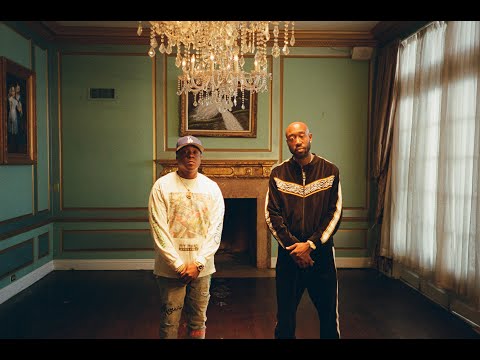 Freddie Gibbs is on a tear. In 2019, he reunited with Madlib for Bandana, an album that many fans—including the readers of Ambrosia For Heads—believed was the year's best Hip-Hop album. Then, in 2020, Gangsta Gibbs partnered with Alchemist (again) for Alfredo, an independent album that earned both veterans a Grammy nomination. The two-punch came late into a career marred by setbacks, disappointments, and plenty of patience. Fourteen years after he signed a fruitless major label deal, Freddie Gibbs is proof that persistence pays—when you focus on letting your talent stand out. Jadakiss is somebody who, after nearly twice as many years in the game as Gibbs, can relate to being on top. This summer, 'Kiss and his LOX band-mates created one of 2021's biggest moments with their Verzuz against The Diplomats. At the center of that perceived upset (in the eyes of many) was Jada's passion for mastering the ceremony. In a career that has not always measured up to Jadakiss' ability, his current stock price challenges when the Yonkers, New Yorker topped the pop charts with 2004's Kiss Of Death. Freddie Gibbs Sheds Tears In A Deeply Emotional Interview With Madlib (Video) Nine years ago, Jadakiss joined Jay Rock on Freddie Gibbs' "Krazy," a highlight from his Gangsta Grillz mixtape, Baby Face Killa. In 2021 video single "Black Illuminati," that link-up is even more potent. Now, Gibbs delivers his bars from a mansion, a garage filled with toys, and from the driver's seat of a kitted-up Jeep Wrangler. The lyrics reference Tupac's "Never Had A Friend Like Me," as the Gary, Indiana native spits with conviction and a glare into the camera lens. "I let the fiends catch a bеan, used to vomit off the secondhand crack-smokе / Ni**a got that PTSD from testin' the key / Gums numb, hope I didn't purchase work from the F-E-Ds / 'Cause every time I see the judge, it's like a scary movie / F*ck the court, real ni**a can't do no jury duty / Internet done altered this shit through a different game now / I don't rap about dead opps, I let his name die /Shame how they blackball 'Kane,' they scratched my name out / I pushed it longer than I expected to get my name hot." With intensity, Gibbs raps blurry lines between his life in the street and his industry come-up. Jadakiss follows, rapping in fighting form. "I don't do the Chrome Heart, I just do the home art / You can catch a headshot or you can catch a dome dart / Go ahead and put the kids to sleep, this the grown part / 'Fore we knew what Billboard was, we had our own chart / Strapped and they pull the car over, you take your own charge," he begins. In his closing passage, Jada' leaves marks. "I've been reppin' the Apple since it was rotten / When you golden, you can never be forgotten / They gotta ram it, you don't ever let the cops in / I can have your funeral in the top 10 / A lot of ni**as are nice, but they are not him / It's really nothing that you can do to stop him / Call him the god MC just like Rakim." Produced by Bizness Boi and Arianna Reid, the track may belong to Freddie's upcoming Warner Bros. Records album, Soul Sold Separately. Jadakiss Had A Career Defining Moment With LOX Verzuz Dipset The song has also been included on AFH's playlist: The playlist currently includes selections from Redman & Method Man, Kanye West, Andre 3000, AZ, Devin The Dude, Joell Ortiz, Big Sean, Stalley & Apollo Brown, Planet Asia, Ransom & Rome Streetz, Young Thug, Meek Mill, Lauryn Hill, and Mick Jenkins, among others.
Source: ambrosiaforheads.com