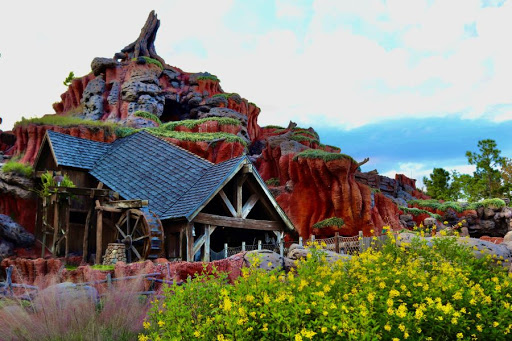 Before we start today, I want to recognize that it has been months since you’ve heard from me. As most of you know by now, that was due in large part to personal health concerns, health disparities that frankly get better or worse almost daily and never, ever leave me, but I try not to let that be an excuse for not showing up in all aspects of my life. I had originally planned to relaunch with articles at the beginning of the month, but the world has other, more important ideas to contend with. For those of you who have been following me on social media, and have stuck with me when I used my privilege and voice to speak out, thank you. You can expect more of the same going forward. If that isn’t your cup of tea, you are more than welcome to cease following the Gazette as we believe that the lives and rights of our black, brown, indigenous, LGBTQIA brothers, sisters, or however they identify should be equitable and that justice is not just theoretical, but a way in which we should all strive to live.
That leads us into today’s discussion. Again, I had decided that I would restart articles in July, but the world, this time the Disney world, had other ideas. By now you should have seen that Disney will be undertaking a refurbishment of Splash Mountain in both Disneyland and Walt Disney World, giving the attraction a, likely, new name and a theme that picks up with Tiana and the characters from The Princess and the Frog after the film has ended. The swift approval, but more importantly, the swift denouncement of the move is what has sparked me to start click-clacking away at the keyboard. Let’s start with the benign and work our way up, shall we? 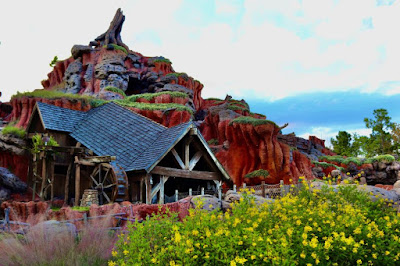 Land placement here seems like a lot of pluses for Disneyland and huge downsides for the Magic Kingdom. Honestly, as far as Disneyland goes, with this attraction living in Critter Country and on the boarder of New Orleans Square, I’m totally fine with the entire land being absorbed by New Orleans Square. Let Hungry Bear Restaurant become a second, fast-casual Tiana’s Place and take the beloved stuff ‘n fluff Pooh to a new home and let The Rescuers have an attraction here. All of this is far flung, but the point is there is a lot of potential when it comes to Disneyland for this attraction’s surroundings.
The Magic Kingdom, where Splash Mountain resides in Frontierland, has a few more bumps to contend with. For starters, those who claim that there aren’t any mountains in the bayou, you’re absolutely correct. However, there also aren’t a lot of mountains in Atlanta either, which is where the characters in Splash Mountain hail from, and Louisiana is further west than Georgia. Tom Sawyer Island, a fixture of Frontierland, resides in Missouri, along the same bank of the Mississippi as Louisiana. The aforementioned Mississippi is the inspiration for the riverboat and the Rivers of America. Cobble that all together with a Monument Valley-inspired runaway mine train and a street that looks like something akin to Tombstone, and you have one big mess, no doubt about it, but this new attraction doesn’t muddy the situation any more or less than what is currently there. If anything, pulling Splash Mountain further west, where there are little hills instead of mountains, at least makes the attraction an appropriate gateway to the frontier.
Disney stated that the idea of replacing Splash Mountain and the characters from Song of the South with a story that builds off of The Princess and the Frog for over a year, a claim that was bolstered by Imagineer Scott Trowbridge. There are those that think it is Disney yielding to public pressure or that their being opportunistic given the current climate. Regardless of reason or how long the project has been in the works, it is the right move.
When Splash Mountain opened in 1989 in Disneyland, Uncle Remus was removed as the narrator and replaced with Br’er Frog, basically an anthropomorphic version of Uncle Remus without the negative connotations. It may surprise many, but the last time Song of the South was aired in the United States, without the Tar Baby sequence, was in December of 2001. Beginning in 2010, CEO Bob Iger has taken a strong stance on the movie, calling it “fairly offensive” and “not appropriate in today’s world.” It has not been released during his tenure and earlier this year he stated that the film will never be released on Disney+.
With the removal of Remus many think the problems were all cleaned up and that the story of the Laughin’ Place was safe for public consumption, but the problems are still numerous. Perhaps chief amongst these is the keynote song from the movie and attraction, Zip-A-Dee-Doo-Dah. Yes, the song is catchy, and yes it did win the Academy Award for Best Original Song in 1947, but it would be foolish to think we have not changed in the 73 years since then. For starters, the song has its roots in minstrel shows. Two of the recurring characters in these performances were Jim Crow, a slave, and a dandy named Zip Coon, both of which were portrayed by white performers in blackface. Zip would sing a song, to the tune of Turkey in the Straw, which included lines such as, “O Zip a duden, duden, duden, zip a duden day.” Sound familiar? The minstrel shows treated black people as animals, often referring hair as wool, their speech as bleating, and their children using a slur that included the word cubs, and were incredibly popular throughout the 1830s through to 1910s, but lasted as viable entertainment until the 1970s.
You may not have encountered the history of the minstrel shows in your education, but that doesn’t make their vileness any less harmful to the individuals and communities who hear Zip-A-Dee-Doo-Dah and feel more than a passing sting of dread, or anger, or whatever combinations of emotion that type of portrayal bubbles up to the surface. Now, think about how the Disney community has embraced that song as a feel-good standard and used it for everything from merchandise to the names of communities, blogs, vlogs, and the like.
I have said it before, every attraction is someone’s favorite attraction, and in the case of Splash Mountain it has many, many fans. That doesn’t mean it isn’t time to say goodbye to it, to let the parks evolve and grow, just as this is a moment for us all to reflect, educate ourselves, evolve, and grow. You have cherished memories of Splash Mountain, and no one can take away your memories, but to use your memories as a banner against replacing something that hurts someone else is unconscionable.
After the debacle that was fitting Test Track into the former World of Motion attraction space, Disney had claimed that they were done trying to shoehorn new attractions into old spaces, but we’ve seen it time and again, most recently with Frozen Ever After and Mickey and Minnie’s Runaway Railway. Now, it looks as if we’re going to get a similar treatment with Splash Mountain and The Princess and the Frog. I’ll reserve final judgement on the new attraction for when we actually see it, but to take an attraction that stands as a smack in the face to the black community and make it into something that celebrates Disney’s first black princess, is a strong statement and one that I can fully get behind.
Source: mainstgazette.com