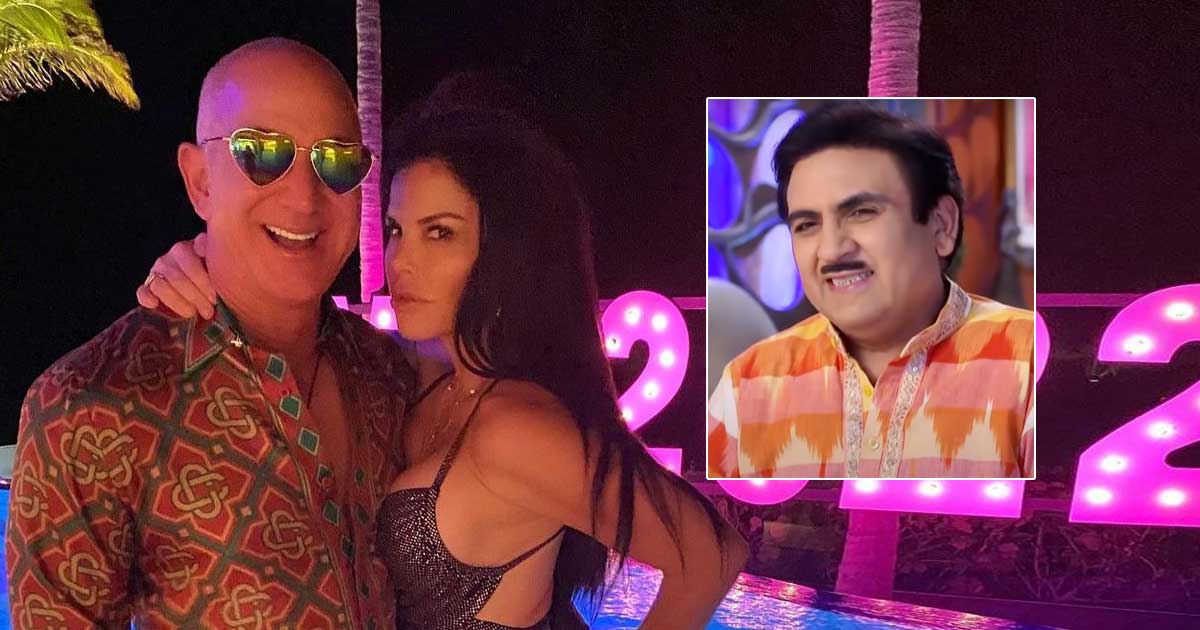 If there’s one thing that’s going crazy viral on social media is Jeff Bezos’ New Year pictures. The American entrepreneur was spotted partying with his partner Lauren Sanchez on a yacht and netizens are having a gala time trolling the billionaire for his quirky outfit and relating it with Taarak Mehta Ka Ooltah Chashmah’s ‘Jethalal’. Scroll below to read the scoop!

Bezos wore a fancy printed silk shirt and paired it with white pants and was seen posing with partner Lauren.

Sharing the pictures on Instagram, Jeff Bezos wrote, “We had so much fun last night celebrating with a crazy disco party with family, but the new year is also a great time to take stock and focus on personal growth, renewal, rebirth, and paying careful attention to each moment of your life. The good and the bad. All of it. Celebrate and grow.”

Fans were quick to react to her fancy attire and started trolling him for the same. Netizens used the reference of Taarak Mehta Ka Ooltah Chashmah’s ‘Jethalal’ and singer Pitbull.

Take a look at the trolls here:

I thought this was baba sehgal pic.twitter.com/tHaPQBAdV2

Jeff Bezos appears to be turning into Telly Savalas.

I think he'd make a great Bond villain too. pic.twitter.com/RpyUXqO5fK

Take Pitbull, mix a bit of Baba Sehgal and you get Jeff Bezos .

Haha, those are some really apt references.

A while ago, Jeff Bezos and his girlfriend Lauren Sanchez were making headlines after one of their videos with Leonardo DiCaprio went viral on social media.

The video of Bezos’ girlfriend Lauren being head over heels while talking to Leonardo DiCaprio was shared by Barstool Sports on Twitter and was captioned as, “Leo is Mr. Steal Yo Girl.” The Amazon CEO took this opportunity to jokingly threaten the Once Upon a Time in Hollywood actor.

What are your thoughts on Jeff Bezos being compared to Jethalal on social media amid his fancy attire? Tell us in the comments below.

Must Read: Keanu Reeves Is The Real Superhero, Ends Up Donating 70% Of The Matrix Earnings For This Cause!