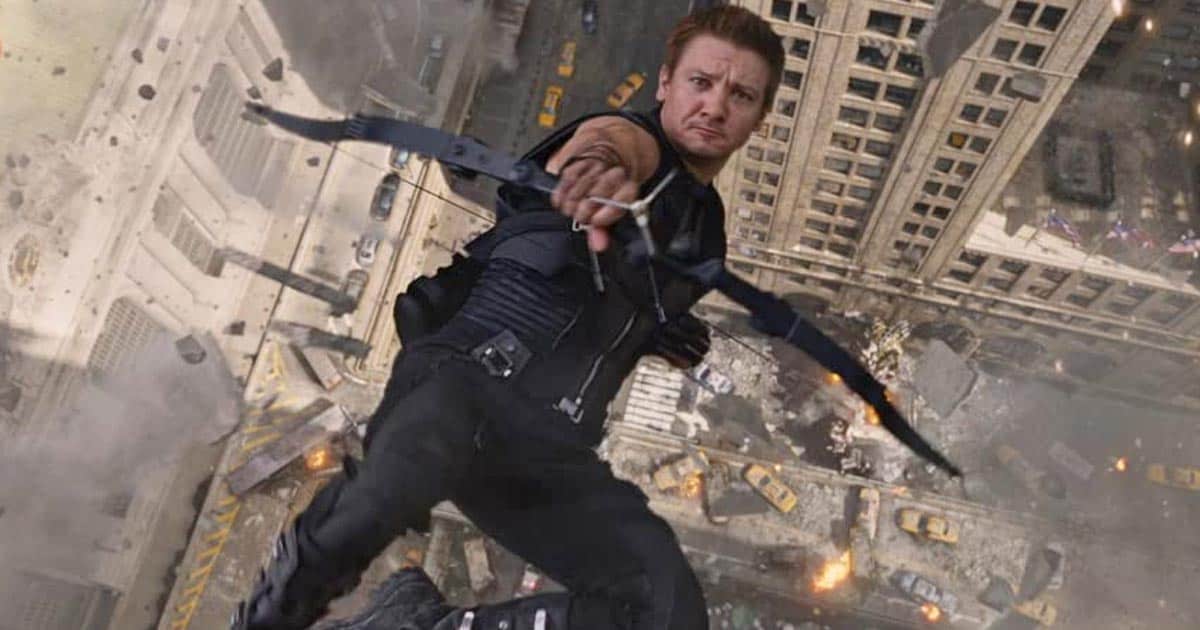 Jeremy Renner Almost Rejected Hawkeye Due To Fear Of Wearing Tights: “Don’t Know If Anyone Wants To See Me In Tights At 50”

While the Earth’s Mightiest Heroes grab all the limelight there is every time they grace the big screen, the most underrated and away from the attention is Clint Barton aka Hawkeye aka Jeremy Renner. The always plain face guy ready to kill you if you even think of harming his family and friends has over the years found a special place in the heart of the audience. Renner has played him in the Marvel Cinematic Universe since the beginning, and now is getting all the attention.

With Disney+ stepping into business and Marvel making extended shows featuring their MCU Characters for the streaming, many have found a new life. Most recently they released the first two episodes of Hawkeye that brought Jeremy Renner’s Clint Barton to the center. But did you know the actor had at first almost rejected playing the arrow shooting superhero? Yes, he did and the reason was hilarious. Read on to know everything you should about the same.

The first time we met Jeremy Renner in the Marvel Cinematic Universe as Hawkeye was in the 2011 release Thor. He recalls how when Kevin Feige, Marvel President, approached him for the part, he was first excited but soon was reminded of the fact that he will have to wear tights as a superhero at the age of 50.

Madonna’s Nipple Exposing Pic Pulled Down By Instagram; Pop-Star Slams App, “What About A Woman’s A*s Which Is Never Censored Anywhere?”

Jeremy Renner said, “I remember going in to talk with [Marvel Studios president] Kevin Feige and [Marvel Studios co-president] Lou D’Esposito, and they’d show me the Ultimates version of Hawkeye. Iron Man had come out, and I said, ‘I’m into what you guys are doing because I loved Iron Man. I like how you made Iron Man plausible. So that’s where they wanted to go with [Hawkeye]. I’m like, ‘Great!’”

“You gotta kinda sign on for a bunch of Avengers films and potential Hawkeye films, kind of sign your life away. I’m like, ‘Wait, I might be 50 in tights.’ That was my main concern. I’m like, ‘I don’t know if I want to do this. I don’t know if anyone wants to see me in tights at 50’,” Hawkeye star Jeremy Renner added.

Must Read: Disney’s Encanto: From Frozen To Tangled, Movies You Can Binge-Watch Before Catching This One!

The post Jeremy Renner Almost Rejected Hawkeye Due To Fear Of Wearing Tights: “Don’t Know If Anyone Wants To See Me In Tights At 50” appeared first on Koimoi.

Jeremy Renner Almost Rejected Hawkeye Due To Fear Of Wearing Tights: “Don’t Know If Anyone Wants To See Me In Tights At 50”