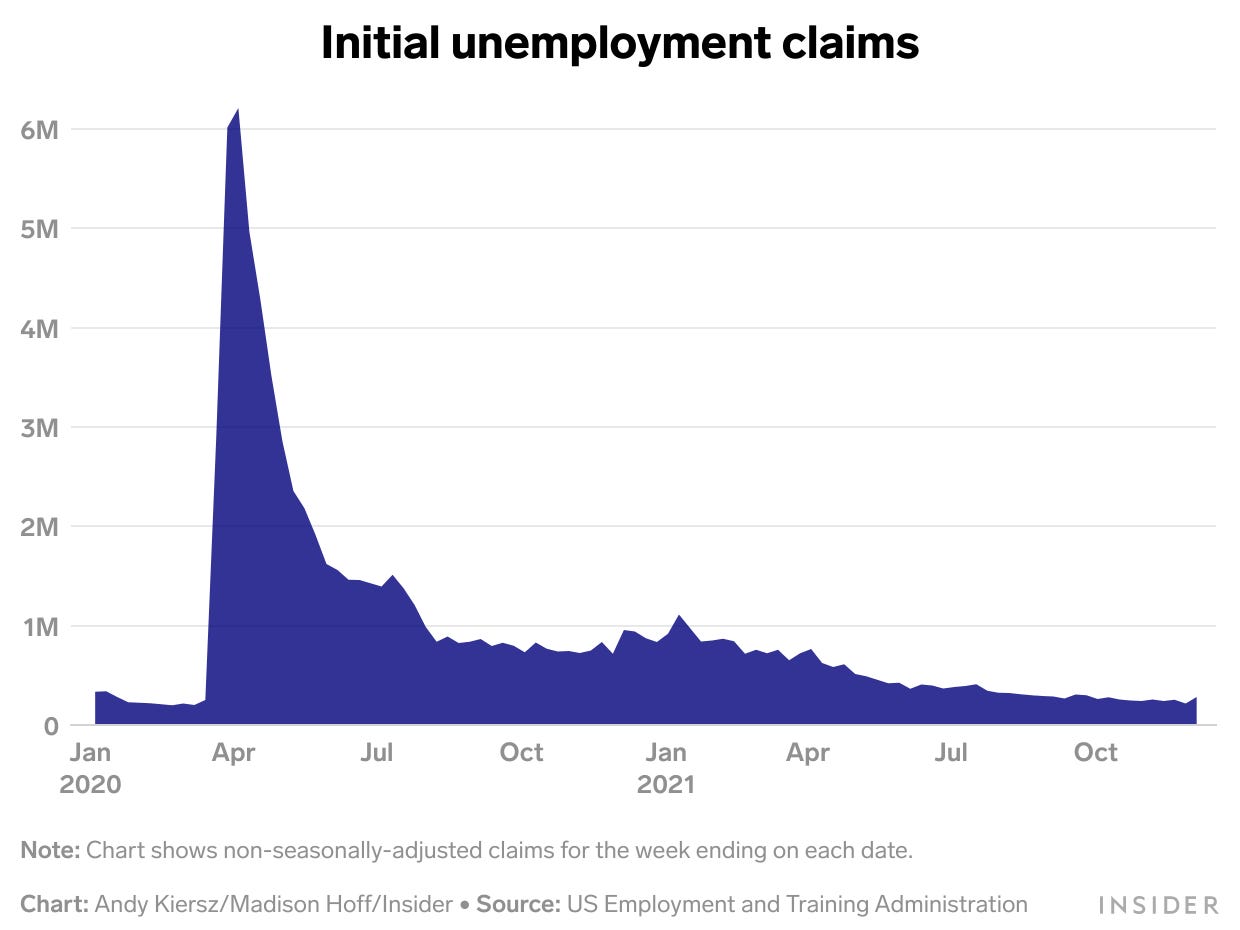 The number of Americans filing for unemployment insurance returned to historic lows last week, another major signal of recovery from the coronavirus recession.

Jobless claims slid to 184,000 last week, the Labor Department said Thursday. Economists surveyed by Bloomberg expected claims to edge slightly lower to 220,000. The reading is the lowest count since September 1969.

The prior week's count was revised to 227,000 from 222,000. Initial claims had first plummeted to five-decade lows in mid-November and this week's read shows claims steadily trending to pre-crisis levels.

Continuing claims, which track Americans receiving continuous unemployment insurance, climbed to 1.99 million for the week that ended November 27. That landed above the median forecast of 1.91 million claims and was also a rebound from the prior week's count.

Other economic data published in the last week, however, show new snags over the fall for the labor market's recovery. The US added just 210,000 jobs in November, according to government data released Friday. That missed the median forecast of 550,000 payrolls and was less than half of the job creation seen in October. And while that report showed the unemployment rate dropping to 4.2% from 4.6%, labor force participation remained well below pre-pandemic levels.

It suggests the supply-chain crisis and rising COVID cases kept workers on the sidelines, and the labor shortage seen since the spring is semi-permanent.

The persistence of the labor shortage was further born out by data out Wednesday that suggests these headwinds are keeping people from seeking work. US job openings rose to 11 million in October, the second-highest level on record and well above the average estimate of 10.5 million. Another 4.2 million Americans quit their jobs, a deceleration from the pace seen in September but still a historically high amount. There were about 67 unemployed workers for every 100 job openings, a record low for the ratio.

While businesses continue to lift wages faster than usual, Americans are biding their time before taking jobs.

Still, on the jobless claims front, the labor force hasn't been so healthy in over 50 years.