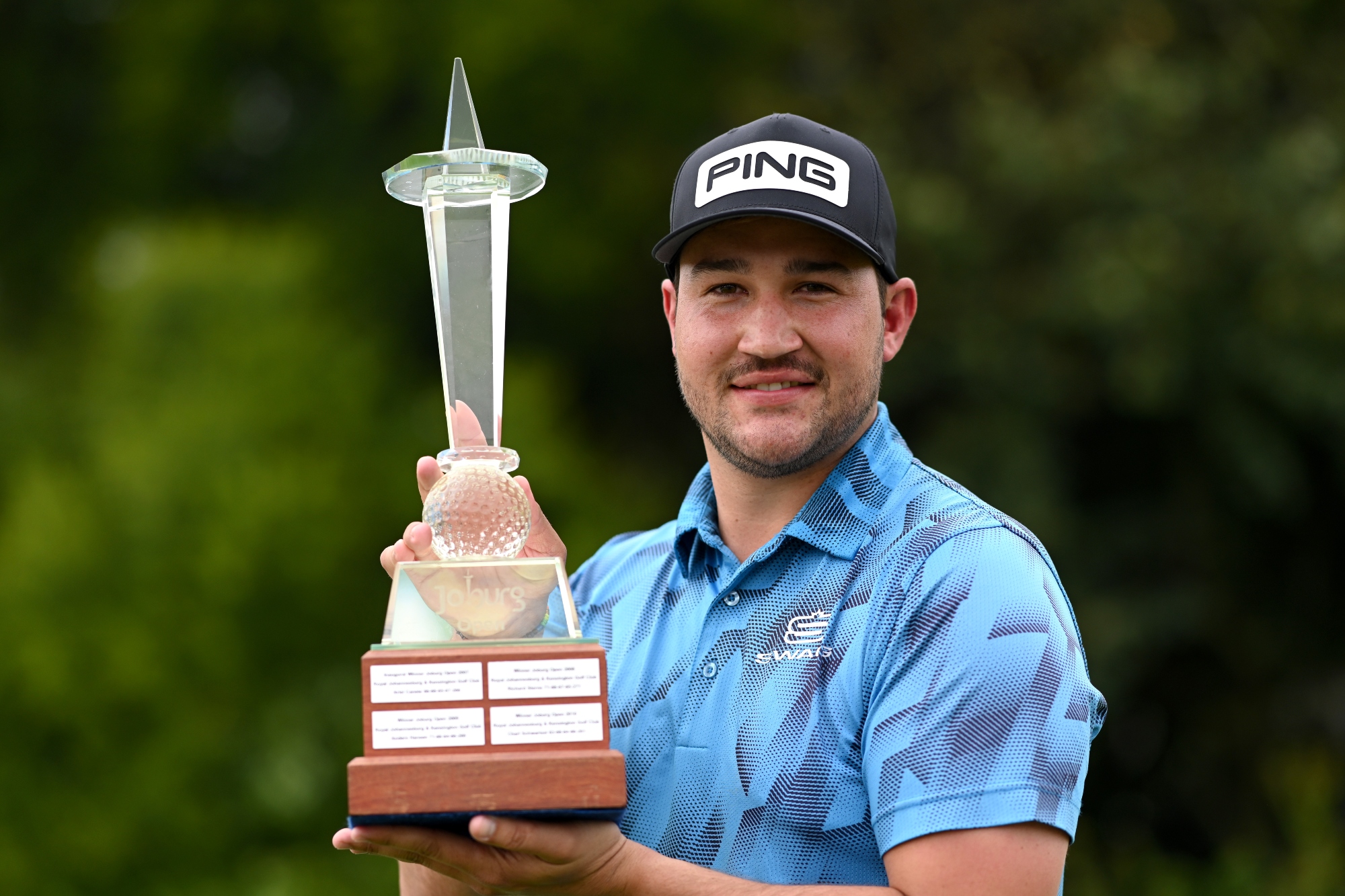 Joburg Open betting tips: Who will start the season on a high?

After Rory McIlroy claimed the Race to Dubai, the 2023 DP World Tour season gets underway with the Joburg Open in South Africa. Co-sanctioned with the South-African based Sunshine Tour, the event will be returning to Houghton Golf Club in 2022 for the first time in 19 years. Keep scrolling for my betting tips on the 2022 Joburg Open, but first…

Course summary: Having recently been redesigned, Houghton is not brutally long, but the longer hitters must strategically position themselves to avoid the fairway bunkers, which are plentiful and will catch out many wayward drives. Club selection off the tee is therefore crucial, while the new greens have been contoured with rolling undulations and subtle slopes.

Friday: Sky Sports Golf from 10am and Sky Sports Main Event from 11:15am

Sunday: Sky Sports Golf from 10am and Sky Sports Main Event from 11:30am

Zander Lombard is a player that has threatened to breakthrough on multiple occasions on the DP World Tour but has so far come up empty. When that situation changes, it will likely happen in South Africa, and in a field strength like this.

While we are at a new course this week, at Houghton Golf Club, I will still put stock into past results in the Joburg Open, as a lot of these South African events produce the same sort of challengers each year. In every renewal of the Joburg Open – played since 2010 – a South African player has either won or finished 2nd in this event. While this is obviously skewed slightly based on the number of players in the field playing in their home land, it is still impressive, and important to note. In 14 Joburg Opens, nine have been won by a home player.

That means we should certainly be looking for a South African to lead our charge, and Lombard, who is twice a runner-up at this event, certainly fits the bill of a player I like in this sort of grade.

Three times he’s had a chance to win here, but last year we have no idea what could have happened were it to go past 36 holes, as he fell four shots shy of winner, Thriston Lawrence in the end. Lombard has won just once on the Sunshine Tour, back in 2017, and he’s due another win at home, with this co-sanctioned event high on his list.

Heading into the Grand Tour Final, Bryce Easton had posted three top-8 finishes in his last six starts, before finishing runner-up to Nathan Kimsey at the season-ending event. He didn’t quite do enough to win there, but he has a great chance, and while he is in this sort of form, he is worth keeping onside.

Clearly, when you posted four top-8 finishes in eight starts, you are playing well, especially if the quality of fields you are doing it in don’t differ too much from the one this week. So while this is undoubtedly a step up from Challenge Tour starts, the leap is not too far that he can’t achieve it.

Easton seems to have a bit of a love/hate relationship with this event, as he finished 14th on his debut, before missing his next four cuts in the event. In his last two starts at the Joburg Open though, he has finished 7th in 2020, and 23rd last year, when the event was shortened to 36 holes, and denied him the chance to move up the leaderboard.

Like Lombard, he’s a winner in his home country, but he’s got three Sunshine Tour wins to his name, compared to Lombard’s one, and he’s mixed it with this strength of field multiple times in the past. His strong form and recent history in this event suggest Easton is a viable play here.

Tom McKibbin has the potential to be a future star, and like plenty others, it really depends on how he takes it to the next level now he’s secured full playing rights on the DP World Tour this season.

Still just 19, Tom McKibbin secured his playing rights on the DP World Tour with an incredibly solid finish on the Challenge Tout that saw him finish 2nd once, 3rd once, 4th twice, and inside the top-7 a further three times, which means he did all but win.

Two of his four best finishes according to the OWGR came in South Africa, one of which was in Cape Town where he went into the final day with a lead, after carding a 62 earlier in the week. Clearly then he has the ability to win, and while we do not yet know whether the 2023 season has come too quickly for him, the likelihood is, if he’s as good as many tout him to be, he will take to it like a duck to water.

McKibbin knows all about pressure, he won the World Junior Championships at Pinehurst when he was 12, and when you do that, and you are playing out of the same golf club as Rory McIlroy did as an amateur, attention certainly intensifies.

Still, I am confident he builds on the success of last year and returns to a part of the world he has played well in already, to get his first full season on Tour off to the best of starts. This is a bit of a ‘bet on the potential’ play, but I like that at this time of year.

Golf betting from Oddschecker. Get the best golf odds pre-tournament and in-play, with expert tips and stats, plus claim bookie offers and free bets.

The post Joburg Open betting tips: Who will start the season on a high? appeared first on National Club Golfer.

Joburg Open betting tips: Who will start the season on a high?