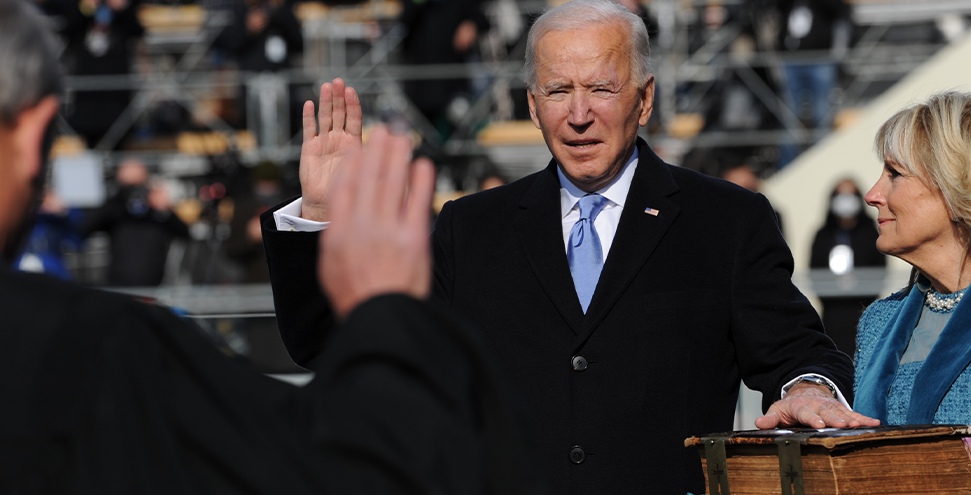 Joe Biden Needs to Be The Next Democratic Nominee

There has been renewed chatter this week over the 2024 election. Over the weekend, Politico published a piece on infighting within the Biden administration. According to sources, Vice President Kamala Harris and Transportation Secretary Pete Buttigieg are locked in a struggle for favor and the position of successor to Biden. While Biden has mostly committed to 2024, there has always been speculation that he may not run for reelection. As Politico notes, “President Joe Biden says he intends to run for reelection in 2024. But not all Democrats believe him. Nor are they convinced his No. 2 would be the clear heir if he did choose to opt out.”

Discussions of the Democratic Party’s future are premature. Joe Biden has certainly had a rough time over the past four months. His approval rating has plummeted back down to earth from its January highs. He has become one of the most unpopular presidents in recent history not named Donald Trump. But the Democratic Party, for all of its hope in the next generation, should not consider moving past him just yet.

Having an incumbent president is one of the clearest advantages that a party in power can have. Incumbents have instant name recognition. There is no uncertainty about qualifications or inability to see a candidate in the role. Incumbents hold a commanding sway over the airwaves. No competitor can match the press availability and power over the news cycle of an incumbent president. The president always has a proposed bill, executive order, or foreign policy action that can sway headlines. Even Donald Trump has faded from the headlines over the past six months and mostly been replaced by Joe Biden, a development that many people did not believe was possible. Kamala Harris, despite her role as vice president, would not demand that level of attention.

Political history bears out this point. Presidents have won reelection during recessions (Harry Truman), disastrous wars (George W. Bush), and unfolding scandals (Richard Nixon). George W. Bush also won reelection with an approval rating less than 50%. Only five presidents in the past 100 years have lost reelection. Every circumstance has been shaped by some political earthquake that reshaped the electorate, from the Great Depression to Watergate and the emergence of the third party led by Ross Perot. That trend holds going back to the early 20th century as well, when William Howard Taft lost in a three-way race similar to 1992.

In addition, Democrats absolutely need all the help they can get from incumbency. Much has been made of the Democratic disadvantage throughout the American political landscape. Beginning in 2016, American politics started to realign along an education divide, one that led to a considerable Republican tilt in the Electoral College and the Senate. As expected, the current Democratic trifecta has done nothing to change this situation. Democrats may also have to contend with a flagging economy, a persistent pandemic, and an unscrupulous Trump campaign pledging to magically fix inflation, Afghanistan, and the rest of America’s troubles. Incumbency may be the tool that keeps the White House in Democratic hands for another four years.

There are always exigencies that could derail Biden from running again. He may have health problems or simply tire from one of the world’s most demanding jobs. But in the absence of those uncontrollable factors, Democrats need to remain united behind their president and spend as little time as possible angling for a 2024 alternative. The number one goal is still to deny Donald Trump a second term as president, and Joe Biden is the only person who has proven himself capable of that task.

Joe Biden Needs to Be The Next Democratic Nominee