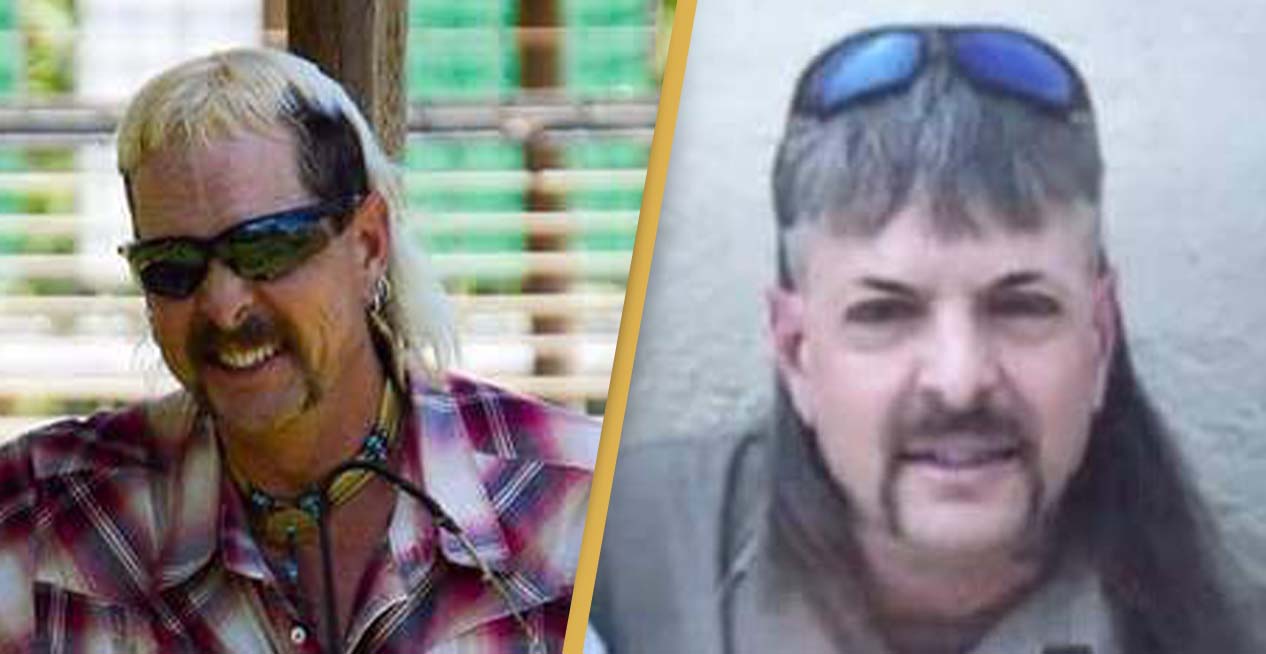 Joe Exotic has shown off his latest tattoo, which is in memory of his late fourth husband, Travis Maldonado.

While Finlay left the trio, Maldonado stayed loyal to the Tiger King, but in 2017 he died after accidentally shooting himself in the face.

Exotic may have married Dillon Passage in 2017, but he clearly still holds Maldonado close to his heart and decided to memorialise him with a tribute on his neck before taking to Twitter to share an image of the tattoo from prison.

i don’t see anybody talking about travis maldonado on the #TigerKing hashtag… RIP angel, too young. clearly needed a lot of help and no one was there to give it.

Exotic revealed a pretty large tattoo covering nearly the whole of one side of his neck, which reads, ‘In Memory of my Husband Travis.’

Alongside a photograph of the new ink, Exotic captioned the image:

Funny how people don’t understand me at all. I like to keep it that way. Travis will never leave me or my heart. In memory of Travis #restinpeace #joeexotic #tigerking #netflix #tigerking2

Funny how people don't understand me at all. I like to keep it that way. Travis will never leave me or my heart

Fans of the show have flocked to the comments in support of the jailed tiger keeper. One said, ‘It’s gorgeous to remember Travis because he had such a massive impact on your life I know he really love’s the new tattoo. I love the detail of it Congratulations [sic].’

Keep being you Joe, don’t let the haters keep you down. People go through bad times and its good to reflect on the past even though we have to keep moving forward. Take care!

A third commented, ‘Rest in Peace Travis, we’ll miss you.’

Tiger King 2 dropped on Netflix on November 17, however the second series is not proving as popular as its first.