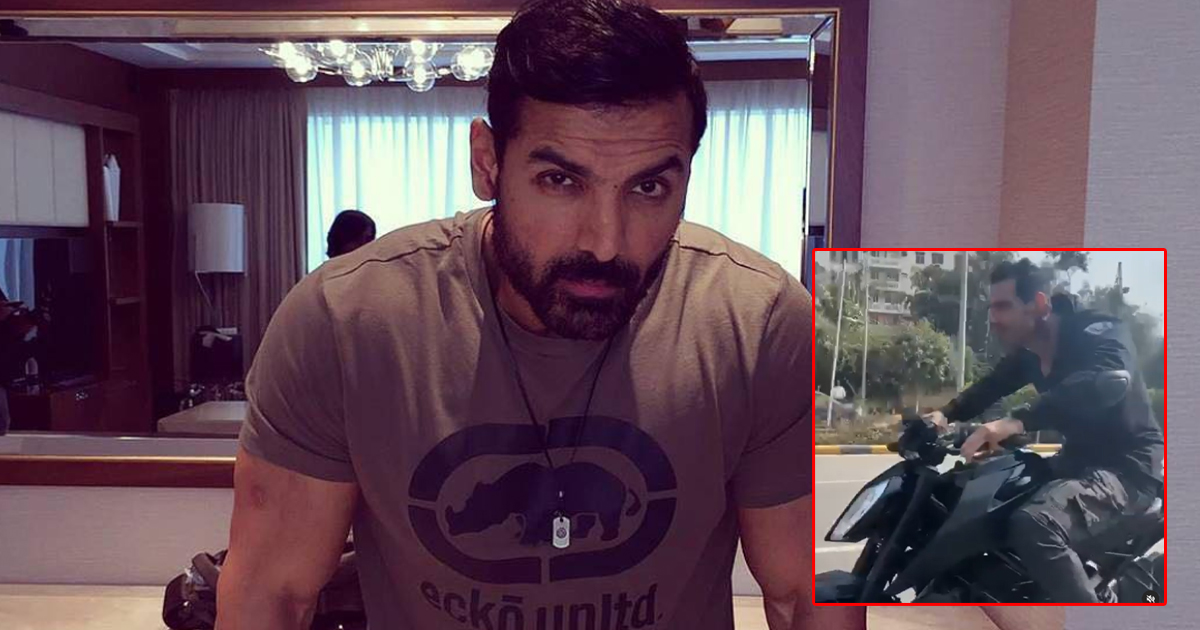 John Abraham Gets Into ‘Dhoom’ Mode Shooting A Chase Sequence, Fans Ask Him To Wear A Helmet!

John Abraham is currently shooting for Attack and shared a picture of doing what he does the best. Besides the acting, the Dostana actor is famous for doing amazing action sequences in his films and hence shared a picture of the same. Read to know the scoop.

As soon as John Abraham shared the video, fans started commenting on the same stating that he’s not wearing a helmet.

Sara Ali Khan Writes A Heartwarming Birthday Note For Mom Amrita Singh, Says, “Thank You For Being My Mirror”

A user commented, “U should wear helmet”. Another user wrote, “Helmet

A while ago, John Abraham shared a picture from the sets of Attack and captioned it, “Doing what I do best on my favorite place

Meanwhile, it was May of 2020 when John announced that he had bought the Hindi remake rights for Prithviraj Sukumaran’s acclaimed Malayalam drama Ayyapanum Kohsiyum.

Fans were left excited and waiting to get the gossip on the casting coup of the film. And seems like the day is here as there is finally an update on the film. If the latest dash of a grapevine is anything to go by, the remake might reunite the Dostana duo John Abraham and Abhishek Bachchan in the leading parts.

Yes, you read that right. Ayyapanum Koshiyum is directed by the late Sachy; a filmmaker called the flag bearer of the new wave in Malayalam cinema. It starred Prithviraj Sukumaran and Biju Menon opposite each other. The film was a tale of a clash of egos and a puzzle the two men were a part of to complete it. John in May expressed his liking for the story and confirmed that he indeed is remaking it in Hindi.

Must Read: Ajay Devgn To Make A Comeback As Vijay In Drishyam 2? Hindi Rights Already Grabbed By The Same Producer!

The post John Abraham Gets Into ‘Dhoom’ Mode Shooting A Chase Sequence, Fans Ask Him To Wear A Helmet! appeared first on Koimoi.

John Abraham Gets Into ‘Dhoom’ Mode Shooting A Chase Sequence, Fans Ask Him To Wear A Helmet!