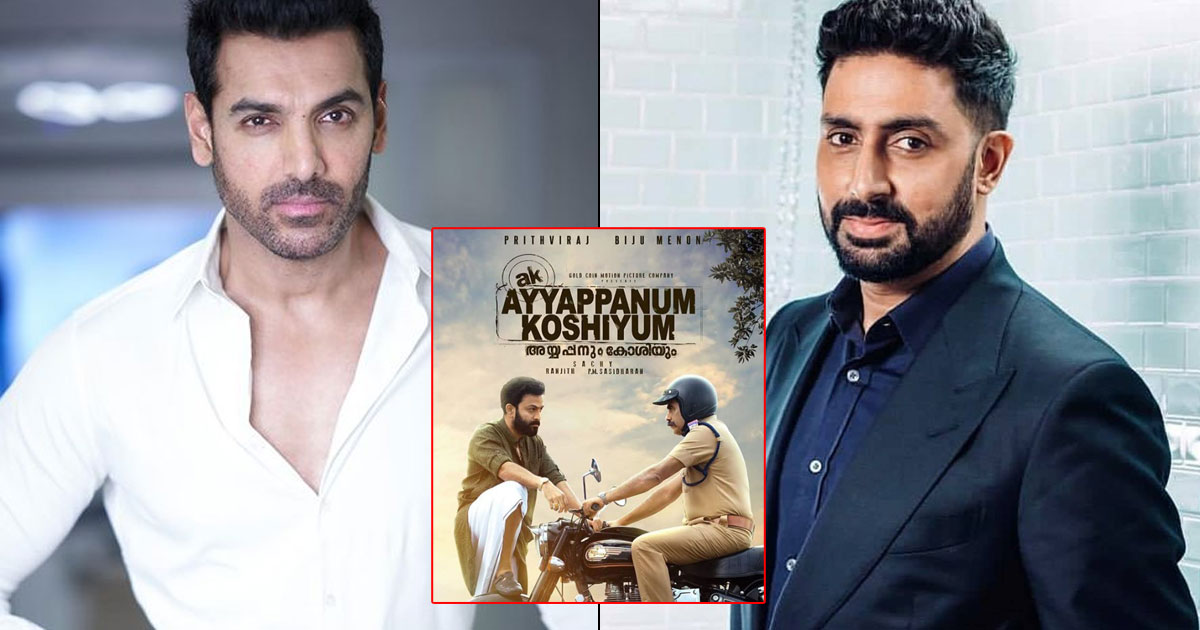 It was the May of 2020 when John Abraham announced that he had bought the Hindi remake rights for Prithviraj Sukumaran’s acclaimed Malayalam drama Ayyapanum Kohsiyum. Fans were left excited and waiting to get the gossip on the casting coup of the film. And seems like the day is here as there is finally an update on the film. If the latest dash of a grapevine is anything to go by, the remake might reunite the Dostana duo John Abraham and Abhishek Bachchan in the leading parts. Read on to know more about this exciting update.

Yes, you read that right. Ayyapanum Koshiyum is directed by late Sachy; a filmmaker called the flag bearer of the new wave in Malayalam cinema. It starred Prithviraj Sukumaran and Biju Menon opposite each other. The film was a tale of a clash of egos and a puzzle the two men were a part of to complete it. John in May expressed his liking for the story and confirmed that he indeed is remaking it in Hindi.

Now as per Pinkvilla, John Abraham seems to have roped in his Dostana co-star Abhishek Bachchan to fill in the second lead. As per sources, the two are already in talks and might sign the dotted line soon. There is no update on which part the two will be playing, but isn’t it already exciting enough?

The source said, “John Abraham and Abhishek Bachchan have been trying to collaborate on a film again ever since the release of Dostana. However, nothing really materialized. Ayyappanum Koshiyum is finally a quintessential two-hero film that does justice to their persona and gives equal standing to both John and Abhishek. They have started a conversation on the film and the paperwork should be done soon,”

Meanwhile, while Announcing Ayyapanum Koshiyum Hindi remake, John Abraham in his statement had said, “Ayyappanum Koshiyum is an entertaining film that strikes a perfect balance between action, thrill and a good story. At JA Entertainment we are keen to bring such appealing stories to our audience. By doing what we do with dedication and focus, we hope to make a truly engaging film with this remake. This film also fits right into our future plans as we believe that the Hindi film industry will bounce back with efficient and entertaining projects soon after the Covid19 crisis.”

Stay tuned to Koimoi for more!

Must Read: Kangana Ranaut Shares Bikini Pictures Of Rihanna Calling Her A P*rn Star; Trolls Storm Twitter With Her Intimate Pictures In Return!