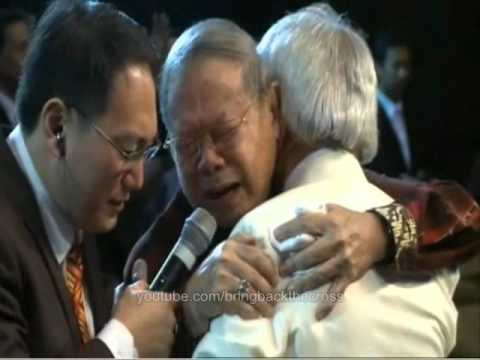 [Editor’s note: Previously published on C3ChurchWatch, this story will be relevant to future articles on CWC.]

David Yonggi Cho is regarded within the New Apostolic Reformation as an ‘Apostle’ as one of the most influential ‘apostles’ of this movement worldwide. The reasoning behind this is that Cho has the biggest church in the world (Yoido Full Gospel Church) – and his establishment of the infamous ‘apostolic network’ known as Church Growth International (CGI).

David Yonggi Cho was under investigation for mishandling church funds of up to US$14.72 million.

‘Apostle’ Phil Pringle of C3 Church Oxford Falls, is on the ‘Church Growth International’ (CGI) board with Pastor Kong Hee of City Harvest Church. Apostle Kong Hee was charged  and sentenced jail time for mishandling church funds of up to US$42 million.

Also on this board is ‘Apostle’ Abraham Alex Tanuseputra of Bethany Church, Indonesia.

City News reported on Yonggi Cho, the CGI and Alex Abraham in 2010,

“To introduce Cho, Dr. Paul Kim, executive director of CGI, took to the stage to introduce the Korean pastors and disciples of Cho, calling them his spiritual children. He introduced the board members from CGI who were present, among them Phil Pringle, Prince Guneratnam, Richard Bernal and Ken Eldred. Kim also announced that Alex Abraham from Indonesia had been invited to join them as the newest board member.”

As a new member of CGI, it appears Phil Pringle decided to speak at Pastor Abraham Alex Tanuseputra’s church.

So why are we looking at Pastor Abraham Alex Tanuseputra of Bethany Church?

Who could have guessed and predicted that a priest’s great name could be held as a guarantee for being free of financial problems? Pastor Abraham Alex Tanuseputra, who has recently been glorified as the founding father of Bethany Church, allegedly embezzled Rp 4.7 trillion from Bethany’s congregation. “I have consulted at the Indonesian National Police Headquarters level. From the data that I have already presented to the investigator, Pastor Abraham Alex is not only suspected of embezzling the church’s funds, but there is also a strong indication that he’s involved in money laundering,” expressed George Handiwiyanto, SE, SH, MH, to the Special Police Criminal Investigation Directorate for the East Java area.

George predicts that this criminal report against Pastor Abraham Alex will take the public by storm because that person is a pastor. “The congregation’s money is given to God and not for personal expenses or even distributed to family members,” expressed the lawyer who is also a Christian. He emphasizes that this criminal report is to remind all those who manage the finances for congregations of any religion to be trustful and to not use it for business or family purposes. Asked whether the evidence related to these embezzlement and money laundering allegations were already prepared, George replied emphatically, “I am a servant of the Lord who demands truth and justice. So I do not mess around. Moreover, in the judicial system, the evidence must be prepared completely and accurately. Insha Allah, I’ll officially submit it soon to the investigators,” added the man who is known to enjoy entertainment, sports and social activities.

According to George Handiwiyanto, the scandal regarding the mismanagement of Bethany Indonesian Church’s funds, which is located in the residential area of Nginden Intan Timur, Surabaya, has been going on for quite some time. “In 2007, there were some rumors about it but my clients wanted to settle it internally as it was related to the church and its congregation. Since there had been no good faith from Pastor Abraham Alex, therefore to seek justice and the truth, in the end my client who is also a pastor reported this to the Ministry of Religious Affairs. However, Pastor Abraham Alex was not present during the arbitration. So now I escalate this to both the criminal and civil courts so people can learn that one can’t hide the truth regardless of how smart a person is” added this middle-aged man.

We have noticed similar behaviour between Pastor Abraham Alex Tanuseputra and Phil Pringle. Both Pringle and Abraham prophesied over Kong Hee that he will completely own SunTec City and that he would be ‘delivered’ from his current circumstances.

Kong Hee To Phil Pringle: “You created this mess! You’ve Got To Come And Help Us Fix It”

Since Phil Pringle said he preaches at CHC so Kong Hee can travel to other churches to explain his circumstances and gain ‘support’, this should make discerning Christians question if Kong Hee also gained financial support from Alex Abraham’s church.

Email all comments and questions to c3churchwatch@hotmail.com