With a few promos having already dropped and some contestants’ names being revealed, the countdown until the new season of ‘MasterChef Australia’ has well and truly begun.

While Channel 10 hasn’t confirmed an air date just yet, judge Jock Zonfrillo has dropped a big hint that suggests we’re only a month away from the cooking show returning to screens.

On Saturday the 44-year-old responded to a few eager fans on Instagram who asked when the big date is.

“Around Easter,” the TV star responded in the comments section under a post he had shared of the new ‘MasterChef’ promo.

“Thanks for the update.. will be waiting to see you again in action,” read one fan’s response, which Jock acknowledged with a ‘like’ on the social media platform. 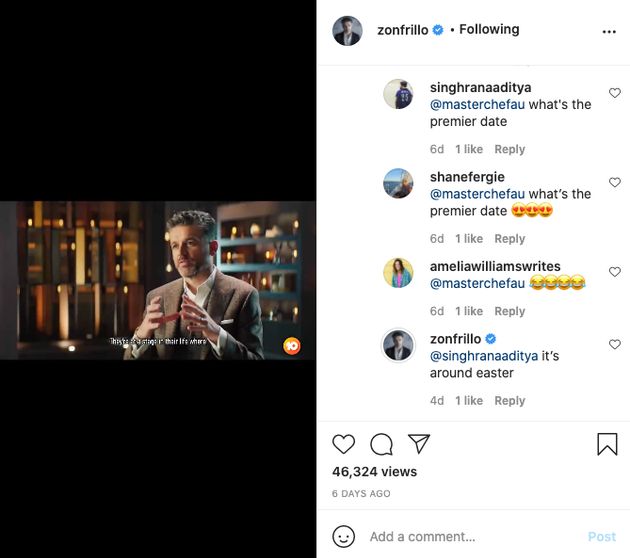 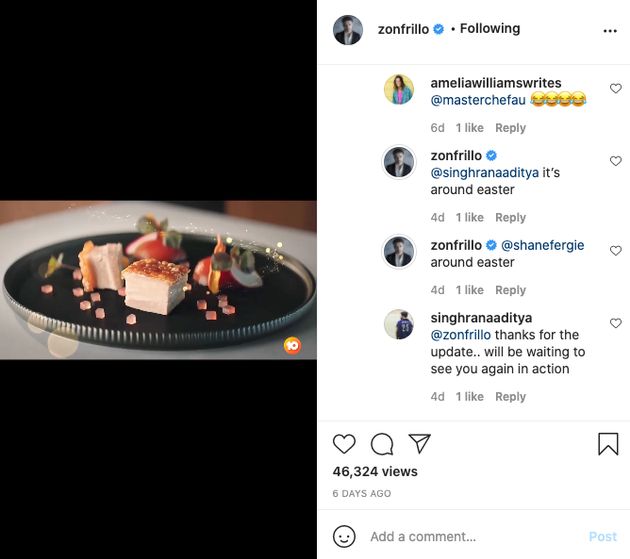 The Easter weekend this year runs from Good Friday on April 2 to Easter Monday on April 5, which is just over four weeks away.

In his Instagram post where he shared the new promotional clip, Jock wrote that the home cooks on the show in 2021 come from all walks of life.

“This year you’ll meet a lawyer, an accountant, a landscaper and even a boilermaker who I know will inspire every home cook in Australia to try new dishes, learn new techniques, experience new cuisines and make food even more enjoyable for you and your family,” he wrote. “Are you hibachi-ready?!”

Jock returns to ‘MasterChef’ this year alongside Melissa Leong and Andy Allen. The three judges appeared in a new promo last week that revealed the show’s fresh cast.

“The amount of heart and soul and drive is exceptional this year,” Melissa teased in the clip, while Andy added, “They all have a unique story”.

Jock hinted this season will again be just as much about getting to know the people wearing the aprons as it will be about the dishes they whip up.

“They need to follow their hearts. They need to stay true to themselves,” he said, later adding that “when someone follows their dreams, you start to see something magical happen”.

Contestants revealed so far include Minoli , who lost her sense of taste at age 31 before it eventually came back; “self-taught cook” Brent; Kishwar, who is from a family of Bengali cooks; French pastry lover Therese; and self-proclaimed “feeder” Elise.